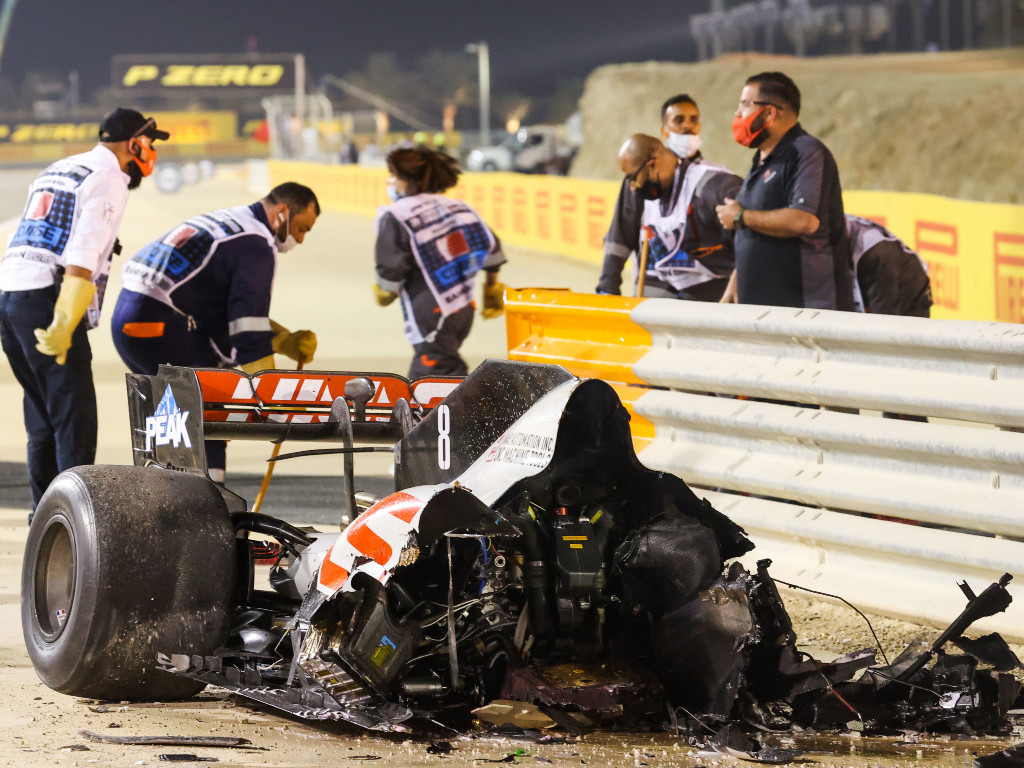 On the opening lap of the race, Grosjean drifted across the track coming out of Turn 3 and made contact with the AlphaTauri of Daniil Kvyat.

At that point he went nose-first into a barrier at high speed and the Haas erupted in a ball of fire.

Thankfully, Grosjean was later shown being helped by medics into an ambulance, but replays showed the true severity of the incident.

The barrier had split upon impact, ripping the Haas into two pieces as Grosjean ended up on the other side of it still inside the flaming wreckage.

But miraculously, he was able to unstrap himself and huge credit goes to the lightning-fast response of the FIA and Formula 1 medical personnel who pulled him through the fire to safety.

And while, like everyone, relieved that Grosjean escaped with only burns to his hands, Magnussen says it’s a “miracle” that his team-mate survived.

“Firstly, I’m just very, very happy to see Romain walk away from that crash – it was unbelievable, the crash he had there,” the Danish driver told reporters at the Bahrain Grand Prix.

“To see him survive that is frankly a miracle.

“I’m so happy that the halo was introduced and that we have this thing on the car. Without it, I’m sure it would have been very different.

“That’s really all from me today. I’m just happy that we’ve still got Romain.”

Grosjean will be staying in hospital overnight before doctors assess the burns to his hands in the morning, but he was able to send a message from his hospital bed.

“Hello everyone, I just wanted to say I am OK – well, sort of OK,” he said in the video.

“Thank you very much for all the messages. I wasn’t for the halo some years ago, but I think it’s the greatest thing that we’ve brought to Formula 1, and without it I wouldn’t be able to speak with you today.

“So thanks to all the medical staff at the circuit, at the hospital, and hopefully I can write you quite soon some messages and tell you how it’s going.”

Magnussen finished the Bahrain Grand Prix in P17, the last of the 17 runners to complete the race.