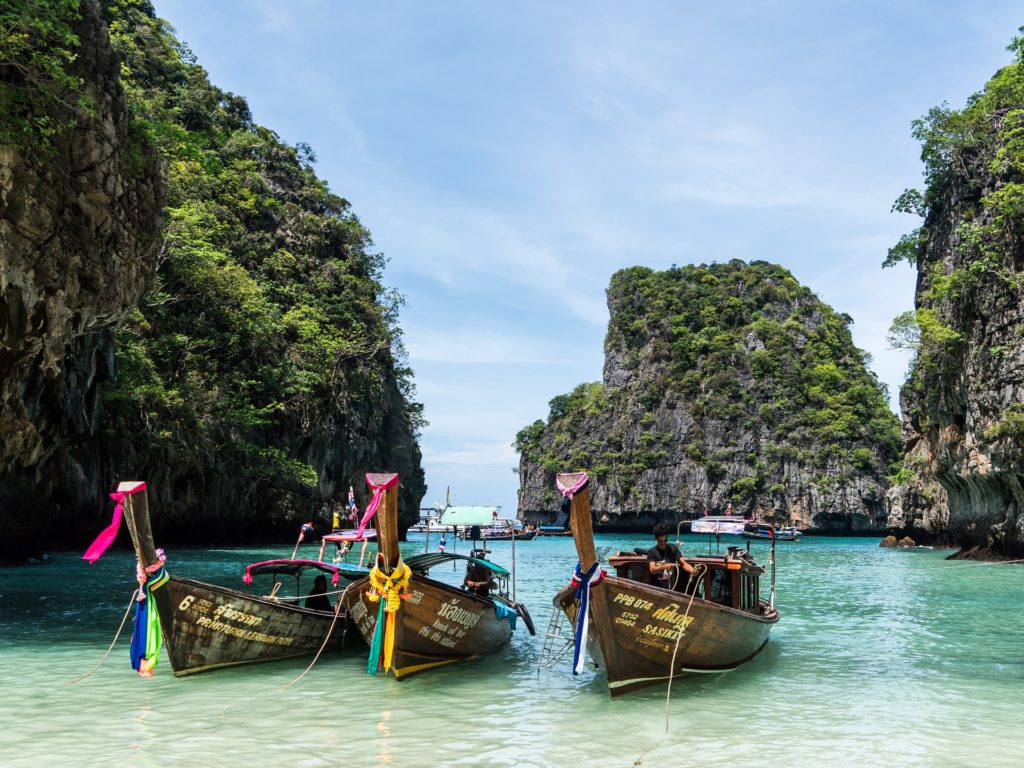 South East Asia is one of the most popular regions on the planet for both new and seasoned travellers. When travelling through the area, it’s not uncommon to come across both older travellers and gap year students, with a whole variety of people in between. With a whole variety of countries to choose from in the area as well, it can be difficult to narrow down just one or two spots for a holiday, so that’s why we’ve developed this useful guide to three weeks in South East Asia. So get ready, book a cheap flight to Bangkok and enjoy one of the most diverse, unique and beautiful areas on earth.

Thailand is one of the most visited countries in South East Asia. It makes sense after all, what with Bangkok being a huge hub for international and regional flights. Thailand is probably most well known for its island life and full moon parties, but the mainland has just as many awesome things to offer as the southern islands do. With a hilly northern region, Thailand is home to numerous types of hill tribes which can be visited from the likes of Chiang Mai and surrounding smaller towns. If you’re into yoga and meditation, Chiang Mai is where you want to be, with many monasteries offering retreats that can be as short as a day or as long as a week or more. For quieter island life, consider checking out Koh Lanta, although if you visit in the off season (around monsoon) the more popular islands are likely to be a bit quieter as well.

The only fully landlocked country in South East Asia, Laos is a gorgeous country with beautiful karst mountains in the north, strange sites to visit, and the famous 4000 islands in the south. Laos is a welcoming country with a lot going for it, including its famous national dish, Laap made of ground chicken with chillies, onions, mint and rice. For the most impressive of temple collections, visit Luang Prabang in the north before heading to the unique, but curious Plain of Jars in Phonsavan. Much of the country is awash with spectacular waterfalls, such as on the Bolaven Plateau in the south, a loop you can do through coffee plantations and tiny, wild villages. If you want to see an excellent example of Angkor civilization ruins, take a short trip over to Champasak – an excellent example of some of the temples you find throughout the old Angkor civilization, but without the steep entry fee Cambodia boasts, and without the crowds.

Vietnam is a beautiful country that runs along the coastline of the South China Sea. With its capital, Hanoi in the north and the historical Ho Chi Minh City (formerly Saigon) in the south, the country is a great place to explore both culture and history. Probably most famous for the bloody Vietnam War, many of the remnants of the conflict remain such as the Cu Chi Tunnels, inviting visitors to explore and experience these unique Viet Cong hiding spots. The beaches along the coast are impressive, and with small, unique towns such as Hoi An and Hue offering a step back in time to the Vietnam of old, right on the coast, it goes a long way to explaining the popularity of this area. Don’t miss Ha Long Bay in the north – an impressive bay of scattered karst mountain rock formations that you can opt to explore by cruise ship.

If you’re a foodie, you will love Vietnam – with so many amazing dishes to try, you will be up to your eyes in delicious dishes for the duration of your stay. Want to take the tastes home with you? Why not sign up for a delicious food tour or cooking class? They’re both impressive and will show you the backgrounds to delicious dishes that you can whip up right at home.

The Yunnan province of southern China may not necessarily be included in South East Asia, but it’s worth a visit if you will be in the area nonetheless. The scenery takes a page from the book of Northern Laos and is covered in impressive karst mountain scenery with waterfalls, streams and lakes. Not only this, but Yunnan province has an impressive mountain range, with amazing hiking and trekking available for the adventurous. Visit the provincial capital, Kunming for its impressive pagoda collection as well as its parks and general ambiance. If you’re looking to explore further into China, Kunming is the transport hub of the region, so you will be able to arrange trains, buses and flights all from the city in between exploring its unique and colourful neighbourhoods.

So if you’re looking for a great itinerary for three weeks in the area, these spots are perfect for spending a week or so in. It’s up to you at the end of the day how long and were you go, but these countries, you will want at least a week in each – and that’s being seriously tight on time. Do yourself a favour – just go for a couple of months! You won’t regret it, we promise!

The post Top Destinations To Visit With Three Weeks In South East Asia appeared first on Up For Anything.