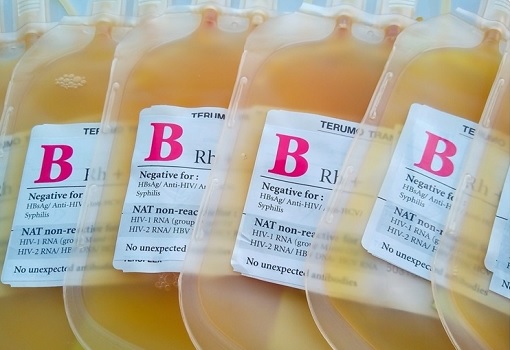 Donald Trump is a very desperate man, and desperate times call for desperate measures. The only way he can win the coming re-election is to present a vaccine – any type of vaccine – to the voters before November. It doesn’t matter if the half-baked vaccine does not really work. The important trick is to create a perception that he has the vaccine for the Americans.

In an early morning Twitter rant on Saturday, the U.S. president cooked up a conspiracy theory as to why a there’s no vaccine yet – “The deep state, or whoever, over at the FDA is making it very difficult for drug companies to get people in order to test the vaccines and therapeutics. Obviously, they are hoping to delay the answer until after November 3rd. Must focus on speed, and saving lives!”

Coming from the president who openly declared that “I don’t take responsibility at all” in March to deflect blame for his administration’s lagging in making test kits available to test Americans for the Coronavirus outbreak, it’s not surprising that the Trump didn’t think twice about attacking his own government agency that oversees the safety of Covid-19 vaccine development.

As early as May, Trump unveiled the ambitious “Operation Warp Speed” to create a vaccine for the virus by the end of the year, even though experts warned that at least 18 months is needed to do so. Copied from Star Trek science fiction, he bragged – “That means big and it means fast. A massive scientific, industrial and logistical endeavour unlike anything our country has seen since the Manhattan Project.”

President Trump was not impressed when Peter Marks, Director of the FDA’s Center for Biologics Evaluation and Research, has threatened to resign if the agency rubber-stamped an unproven vaccine. For months, scientists and even lawmakers are worried that the Trump administration will push FDA (Food and Drug Administration) to approve a vaccine in advance of the November election.

The pressure on Trump skyrockets when Russian President Vladimir Putin announced on August 11 the approval of Sputnik V, the “world’s first Covid-19 vaccine“. Trump wanted to do something similar – bypassing normal U.S. regulatory standards to fast-track an experimental Coronavirus vaccine developed in the U.K by Oxford University and AstraZeneca for use in the U.S. 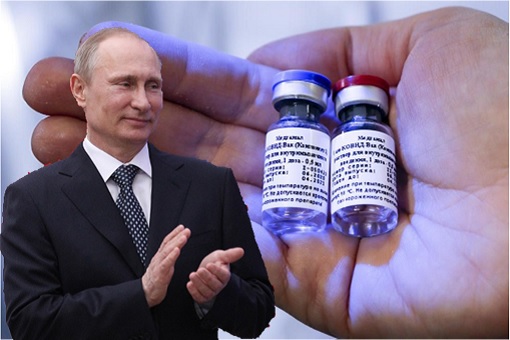 According to Financial Times, Mark Meadows (White House chief of staff) and Steven Mnuchin (Treasury secretary) have told top Democrats lawmakers that Trump administration was considering the fast-tracking attempt by granting an emergency authorization for the AstraZeneca vaccine, probably in September. The “cutting corners” exercise would provide sufficient time for Trump to claim victory.

With more than 5.6-million people infected and 175,000 death toll in the U.S., President Trump is more desperate than Putin to pacify angry voters and to justify his administration’s mishandling of the pandemic. Opponent Democratic presidential nominee Joe Biden, mocks Trump’s response to the crisis as the “worst performance of any nation on planet Earth”, and the president could not retaliate.

On Sunday, the Trump administration granted emergency authorization to use convalescent blood plasma as an experimental treatment for Covid-19. The treatment involves using blood from Covid-19 patients who have recovered and built antibodies against the virus and injects it into people with Covid-19 to boost their body’s defenses against the virus. 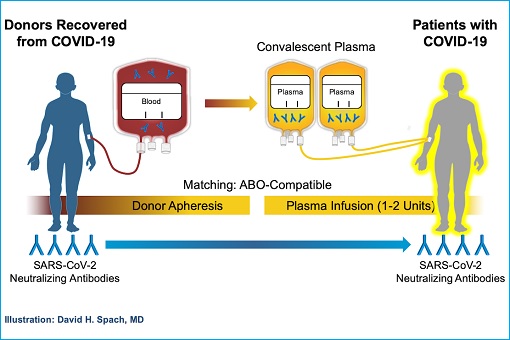 However, some top health officials, including White House Coronavirus advisor Dr. Anthony Fauci and Dr. Francis Collins, the director of the National Institutes of Health, have raised concerns about the data in the country’s largest blood plasma study. Apparently, data that is available have not proven whether plasma can help patients battle the Coronavirus.

But the treatment helps in certain ways. More than 70,000 patients in the U.S. have been given convalescent plasma, a century-old approach to fend off flu and measles before vaccines. The Mayo Clinic reported that based on preliminary data from 35,000 Coronavirus patients treated with plasma, there were fewer deaths – if the plasma is given within 3 days of diagnosis.

U.S. Health and Human Services Secretary Alex Azar said – “The data we gathered suggests that patients who were treated early in their disease course, within three days of being diagnosed, with plasma containing high levels of antibodies, benefited the most from treatment. We saw about a 35% better survival in the patients who benefited most from the treatment.” 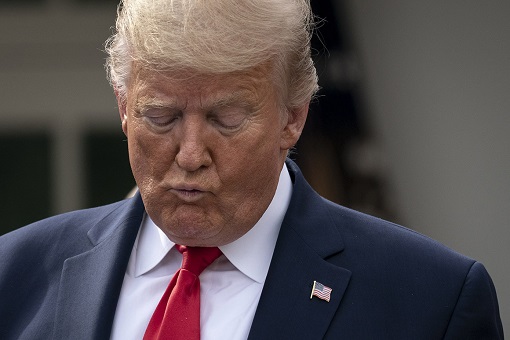 However, the informal study also showed that 8.7% of the patients who were treated with convalescent plasma within 3 days of diagnosis died. Trump, as usual, announced that the convalescent plasma is “a breakthrough”, before claiming that the great therapy helped more than 50% of Coronavirus patients that received the treatment.

Actually, the encouraging results were already observed in China between January and March when a team of doctors at the Shenzhen Third People’s Hospital gave convalescent plasma to 5 critically ill Covid-19 patients from 5 recovered donors. Positive signs included decrease in virus and quicker normalization in body temperature in 4 of the 5 patients.

At the end of the treatment, three of them were discharged while the remaining two patients were in stable condition at 37 days after transfusion. But it was also true that all the 5 patients who were receiving mechanical ventilation at the time of treatment had received antiviral agents and methylprednisolone before the plasma transfusion was administered. 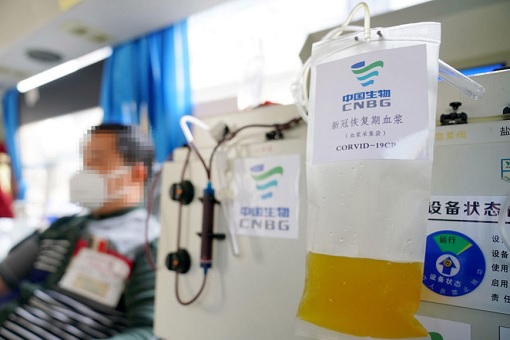 By July, China’s Wuhan Blood Center managed to collect 460,000-ml plasma in Wuhan donated by a total of 1,319 patients recovered from Covid-19 over a period of 5 months. Clearly, the supply is limited even by the Chinese standard – suggesting it’s not the Holy Grail to combat the virus. The study in the U.S. also didn’t include a placebo group for comparison.

This is not the first time Donald Trump issues a chest-thumping statement about a miracle treatment to Coronavirus. The POTUS has previously pressured FDA Commissioner Stephen Hahn to approve antimalarial drug hydroxychloroquine as a cure for the virus. In June, FDA suffered humiliation after it was forced to revoke its own emergency authorization for the use of the drug.

British scientists said the drug was practically “useless.” After medical journal The Lancet revealed that the antimalarial drug is not effective against Covid-19 and can actually trigger heart arrhythmia in Coronavirus patients, FDA said it was no longer belieavable that hydroxychloroquine and the related drug chloroquine may be effective in treating those infected with the virus. 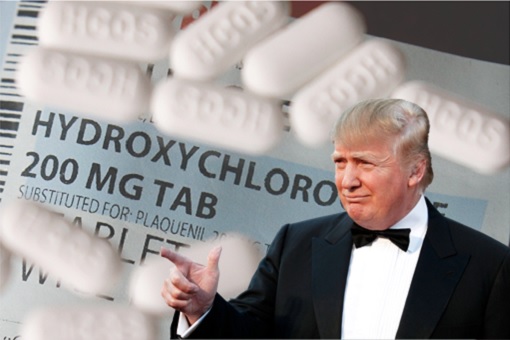 Heck, a week ago (Aug 17), Trump has even sought approval from the FDA for an extract from the Oleander plant. Apparently, the story was pitched to him by a member of his cabinet (Housing and Urban Development Secretary Ben Carson) and Trump-supporter MyPillow CEO, Mike Lindell, who has financial stake in Phoenix Biotechnology, a company that is developing experimental Oleander product.

Trump’s sales pitch to FDA has raised scientists’ eyebrows because “oleandrin”, the chemical extracted from the Nerium Oleander plant, can kill people even if accidentally digested in small amounts. The fatally “undetectable” poison compound from oleander is popular in fictional movies like “White Oleander” that starred Alison Lohman and Michelle Pfeiffer – and real-life murders. 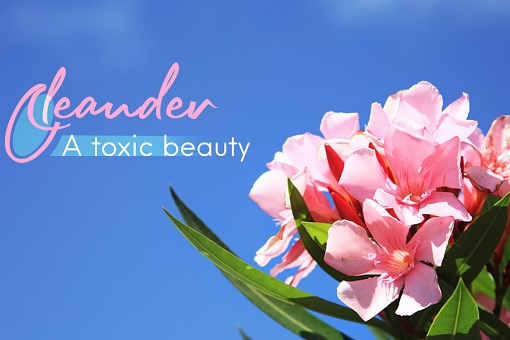