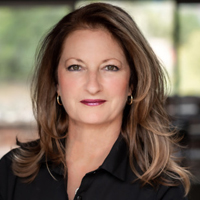 Mammography: The War on Women's Breasts

When asked how much radiation women are exposed to from mammograms, Dr. Ben Johnson, author of “No Ma’am-ograms,” says, “At least the amount of 100 chest X-rays.”

It’s a statement that would surprise many women who are advised to receive a mammogram as the standard of care for breast cancer prevention in the U.S. — and it’s just one of the eye-opening facts presented in the documentary “Boobs: The War on Women’s Breasts.”

The film begins with a written statement informing viewers that all of the information you’re about to hear is supported by scientific literature, even though much of it opposes the assertions made by conventional medicine. Doctors from across the United States and around the world — including California, Georgia, Switzerland, Virginia and Arizona — are interviewed, providing expert testimony on why you may want to rethink this controversial procedure.

One myth perpetuated by conventional medicine is that mammography is the most important screening test for breast cancer because it can detect breast cancer “up to two years before the tumor can be felt by you or your doctor.”1

However, the film points out that by the time you can feel a cancerous lump in your breast, the cancer has already been growing for two to five years. “Mammograms are not early detection,” Johnson says.

The myth that mammograms don’t spread cancer is also addressed, via the story of one woman who was diagnosed with stage 4 cancer and given only 1 year to live. She made significant changes to her lifestyle and many of the tumors disappeared. The cancer was stable years later, until she received a biopsy and subsequent mammograms, which she says made the cancer spread — and a tumor appeared in the area where the biopsy was done.

During a biopsy, a piece of tissue from a tumor or organ is removed so that it can be examined under a microscope, often to determine if it is cancerous. Needle biopsies, for instance, are widely used as part of the traditional allopathic approach to diagnosing breast cancer. But they may accidentally cause malignant cells to break away from a tumor, resulting in its spreading to other areas of your body.

One of the harms of using mammography as a screening tool is that it can often lead to overdiagnosis and overtreatment, including false-positive tests and unnecessary biopsies.2

One study from the John Wayne Cancer Institute revealed that a needle biopsy may increase the spread of cancer compared to patients who receive excisional biopsies, also known as lumpectomies.3 They concluded, “Manipulation of an intact tumor by FNA [fine-needle aspiration] or large-gauge needle core biopsy is associated with an increase in the incidence of SN [sentinel node] metastases, perhaps due in part to the mechanical disruption of the tumor by the needle.”4

Johnson said he calls biopsies “the kiss of death,” describing how the needle gets driven through a billion cells, blows through the cancer and goes out the other side, dragging cells back through and spreading the cancer. Dr. Manfred Doepp, medical director of the Couros Center in Switzerland, agrees that biopsies can spread cancer, while the physical act of squeezing the breast during mammography may also trigger the cancer to spread.

The film cites a rapid response published in the BMJ, which states “robust scientific data, published in prestigious medical journals, have lent meaningful support to the concept” that the squeezing motion of mammography is in itself potentially harmful.5

The notion that mammography is an accurate screening tool is another myth busted in the film. Both false positives and false negatives occur, and even the skill of the radiologist in reading the mammogram is a factor in whether or not mammography is able to detect cancer.

However, the rate at which women developed late-stage cancer decreased by 8% during that time, leading the researchers to suggest that only a small number of early-stage cancer diagnosed would progress into advanced disease:7

“Despite substantial increases in the number of cases of early-stage breast cancer detected, screening mammography has only marginally reduced the rate at which women present with advanced cancer.

Although it is not certain which women have been affected, the imbalance suggests that there is substantial overdiagnosis, accounting for nearly a third of all newly diagnosed breast cancers, and that screening is having, at best, only a small effect on the rate of death from breast cancer.”

They concluded that due to the introduction of mammography, breast cancer was overdiagnosed — meaning that tumors were detected that would never lead to clinical symptoms — in 1.3 million women over a 30-year period.

Up to 80% of Breast Biopsies Are Benign

The overdiagnosis of breast cancer comes with serious risks, including needless treatments and unnecessary stress and anxiety. In another study cited in the film, it’s stated that more than 1 million breast biopsies are performed annually in the U.S., 75% to 80% of which turn out to be benign.8 Sometimes, the benign result isn’t uncovered until an unnecessary mastectomy has already occurred.

Up to 1 in 4 breast tissue biopsies may be incorrectly diagnosed by pathologists,9 and unnecessary mastectomies have been performed as a result. In a case that went to trial in 2020 in Israel, a woman was diagnosed with breast cancer after a biopsy tested at two medical centers came back positive.

She underwent six months of chemotherapy as a result, as well as a partial mastectomy to remove the growth. After the growth was removed, the lawsuit alleges, it turned out to be benign.10 In 2015, researchers with Boston Children's Hospital in Massachusetts revealed that false-positive mammograms and breast cancer overdiagnoses among women ages 40 to 59 cost the U.S. $4 billion each year.11

Mammograms May Not Work for Women With Dense Breasts

The story of Nancy Cappello is also covered in the film. Cappello was diagnosed with breast cancer after receiving two normal mammograms. The cancer was missed because she has dense breast tissue, and was only revealed when her doctor felt a ridge in her breast and prescribed an ultrasound test in addition to a mammogram.

Cappello was a pioneer in the movement to teach women about dense breast tissue and how using a mammogram to detect cancer in such tissue is “like finding a polar bear in a snowstorm.” She said:12

“So I went on a quest — for research — and I discovered for nearly a decade BEFORE my diagnosis, six major studies with over 42,000 women concluded that by supplementing a mammogram with an ultrasound increases detection from 48% to 97% for women with dense tissue.

I also learned that women with extremely dense tissue are 5x more likely to have breast cancer when compared with women with fatty breasts and that research on dense breast tissue as an independent risk factor for breast cancer has been studied since the mid 70s.

… I endured a mastectomy, reconstruction, 8 chemotherapy treatments and 24 radiation treatments. The pathology report confirmed — stage 3c cancer because the cancer had traveled outside of the breast to my lymph nodes. Eighteen lymph nodes were removed and thirteen contained cancer — AND REMEMBER — a "normal" mammogram just weeks before. Is that early detection?”

As a result of Cappello’s movement, 38 states have passed mandatory breast density reporting laws. The film states that up to 90% of women may have some degree of dense breast tissue that may affect a mammogram’s outcome and could benefit from whole breast ultrasound — a procedure that’s not widely available. Women are also interviewed that were told they had dense breast tissue, but not what that meant for the effectiveness of mammography.

Ductal carcinoma in situ (DCIS) refers to the abnormal growth of cells within the milk ducts of the breast forming a lesion commonly between 1 to 1.5 centimeters (cm) in diameter. While the cells appear malignant under a microscope, they have not invaded surrounding tissue and are considered “precancer,” noninvasive or "stage zero breast cancer.” Some experts have also argued that DCIS should be considered noncancerous.

Despite this, the film tells the story of one woman who had both breasts removed due to a DCIS diagnosis. Such diagnoses now represent 20% to 25% of all “breast cancers,”13 and the standard of care is to treat all DCIS with mastectomy or breast-conserving surgery with radiotherapy. According to a review in the British Journal of Cancer:14

“In effect, women with DCIS are labelled as ‘cancer patients’, with concomitant anxiety and negative impact on their lives, despite the fact that most DCIS lesions will probably never progress to invasive breast cancer.

Owing to the uncertainty regarding which lesions run the risk of progression to invasive cancer, current risk perceptions are misleading and consequently bias the dialogue between clinicians and women diagnosed with DCIS, resulting in overtreatment for some, and potentially many, women.”

Is Radiation From Mammograms Dangerous?

There’s also the issue that mammograms use ionizing radiation at a relatively high dose, which in and of itself can contribute to the development of breast cancer. In a 2016 study, it’s stated, “ionizing radiation as used in low-dose X-ray mammography may be associated with a risk of radiation-induced carcinogenesis.”15

They point out that people who carry certain genetic variations or have an inherited disposition of breast cancer, in particular, should avoid ionizing radiation as much as possible — the latter group being one that conventional medicine often recommends for routine or even extra mammography screening. Again, they refer individuals to a different, safer, form of testing: ultrasound or magnetic resonance imaging (MRI).16

A “new and improved” type of mammogram called 3D tomosynthesis, which is basically a CT scan for your breasts, is particularly problematic, as your radiation exposure is even greater than from standard mammograms — and by a significant margin.

According to one study,17 annual screening using digital or screen-film mammography on women aged 40 to 80 years is associated with an induced cancer incidence and fatal breast cancer rate of 20 to 25 cases per 100,000 mammograms. Meaning, annual mammograms cause 20 to 25 cases of fatal cancer for every 100,000 women getting the test.

The 3D mammogram requires multiple views in order to achieve three-dimensionality, so it stands to reason your total radiation exposure would be considerably higher than from a standard 2D mammogram.

Thermography and Ultrasound Use No Radiation

In order to make informed decisions, women should be provided with all of their screening options, along with an explanation of their strengths and weaknesses, and be allowed to utilize the option of their choice.

Mammography is only one option, with considerable drawbacks. Other potentially safer options include self and clinical breast exams, thermography, ultrasound and MRI. Thermography and ultrasound use no radiation, and may detect abnormalities that mammograms miss, especially in women with dense breast tissue.

These are explained in detail toward the end of the film, but they can be difficult to access in the U.S., as the billion-dollar mammography industry prevents the widespread use of these beneficial tests.

It’s also important to understand that mammography doesn’t prevent breast cancer in any way. Breast cancer prevention involves a healthy lifestyle, avoidance of toxins and attention to certain nutritional factors, such as vitamin D. It is absolutely vital to know and optimize your vitamin D level as it can radically reduce your risk of breast cancer.

Ignoring these factors and simply getting an annual mammogram and believing you’re protected is the end result being foisted upon many women trusting the advice of conventional medicine. By leading a healthy lifestyle, and seeking to get informed about all of your breast cancer screening options, you can avoid this potentially deadly pitfall.

Mammography: The War on Women's Breasts