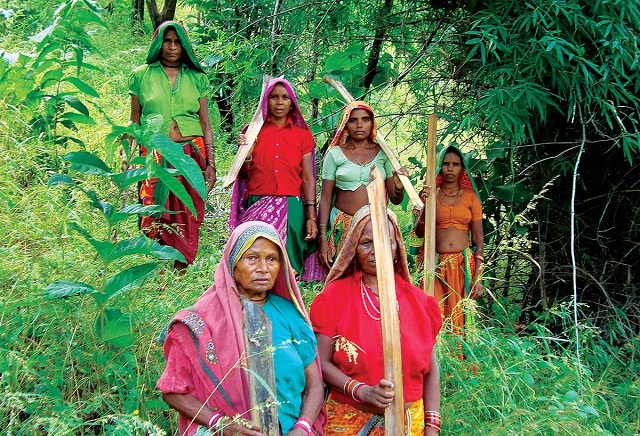 On 9th of August 2020, a Pakistani Hindu migrant family consisting of 11 members was brutally murdered in India’s Jodhpur district. The murdered ones belonged to the Bhil tribe.

by Ali Sukhanver
No sympathy, no enmity on the basis of religion; total indifference; that must be the dominating characteristic of a secular society; if it is secular in real sense of the word. When world’s biggest democratic state, India claims that it is a secular society, some people take this claim with a grain of salt. The fact of the matter is that India is a secular state in real sense because even the moderate Hindus are not safe at the hands of the extremist Hindus. According to the NEWS 18, in January 2020, an examination was conducted by the Public Service Commission. In the reading comprehension section of the paper a paragraph was included which mentioned that the Bhil tribe members are under the grip of liquor and that the community engages in unlawful and immoral activities. Various Bhil Tribe leaders expressed their resentment on this statement and demanded a detailed inquiry into the matter. But even after six month, nothing has yet been done.

The Bhil community has ever been a target of the extremist Hindus in India. In 2017 the Tribal Research and Training Institute (TRTI) run by the Gujarat government's Tribal Development Department referred to the tribal Bhil community on its official as ‘black community’. It also stated that most of the members of the Bhil community are criminals.
TRTI claimed that the Bhils use mobile phones for carrying out crimes and formulating criminal strategies. Dr Gaurang Jani said commenting upon the humiliating comments on the Bhil community on an official website, “In my opinion, it is a social crime to speak of Bhils or any other tribal community in this manner. This is insulting not just to the tribe; it is insulting that the government sees its own citizens this way”. Dr. Jani is a renowned scholar and a well known sociologist. He teaches at Gujarat University.
The government of India conducted a survey in 2013 which said Bhils were the largest tribal group in India with a total population of 1.7 crore; now after a period of seven years, in 2020 certainly they would be more in number. Being the largest tribal group, the Bhils must not have been treated like this. The people belonging to this tribal community are so much frustrated and annoyed at the maltreatment done to them by the Hindu extremists that they have started demanding for a separate homeland. Tribal belt of Rajasthan, Madhya Pradesh and Gujarat has ever been the epicenter of this separate Bhil state demand. These Bhil people want that migrant people of this community should be brought back to their original place with full dignity. These people also demand that the tribal communities should have first right on natural resources.
The demanded Bhil state comprises of different districts including Dungarpur, Banswara, Pratapgarh in southern Rajasthan, Ratlam, Jhabua, Alirajpur, Dhar, Petlawad, etc. of Madhya Pradesh and the eastern districts of Gujarat including Panchmahal, Godhra, Dahod and Dang and the northern districts of Maharashtra. The Bhil people mostly earn their living by working in the fields of agriculture, animal husbandry, poultry and manufacturing of handloom products but at the same time they have a very powerful understanding of changing political needs and requirements too. The Bharatiya Tribal Party is a very strong political identity of the Bhil community and it was formed in 2017. The basic reason of formation of this party was to put firmly the demand for a separate Bhil state before the state governments. This new-born party became so popular among the people that it won two seats each in Gujarat and Rajasthan Legislative Assembly.
On 9th of August 2020, a Pakistani Hindu migrant family consisting of 11 members was brutally murdered in India’s Jodhpur district. The murdered ones belonged to the Bhil tribe. The people in the neighborhood are of the opinion that this innocent family was murdered just because it belonged to Pakistan. According to the media details, the unfortunate Pakistani Hindu migrant family had been living on the farm in the village, which it had hired for farming. It is being said that the 11 members of Pakistani migrated family were murdered just to kill two birds with one stone; the first purpose was to threaten those Bhils who are living in other countries and want to migrate to India to strengthen their community; the second purpose was to give tough time to the rapidly emerging Bharatiya Tribal Party. The BJP is planning to crush the Bhil Independent State movement in the same way as it had crushed the Sikh Khalistan Movement. By spreading fear of death, fear of deprivation from the land and by spreading a sense of insecurity among the Bhil community, the BJP government is simply creating hurdles in the way to their independence movement.
Source: srilankaguardian.org