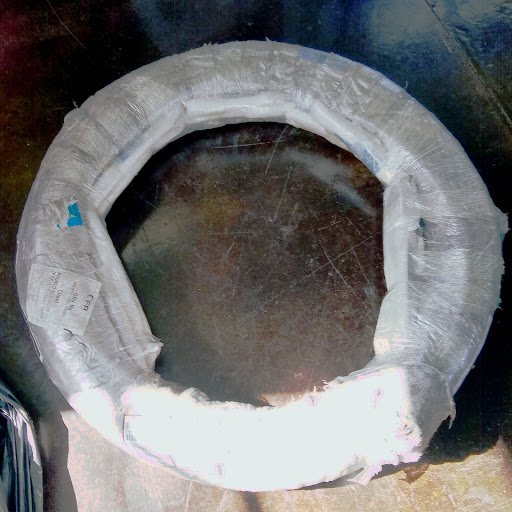 At this time I believe that most of the U.S., despite the lack of a federal mandate,  has some sort of restrictions on the gatherings and movement of people in an attempt to slow the spread of the Corona virus pandemic.  Most have some variant of a "stay at home" or "shelter in place" order.  The result of which seems to be a lot of boredom...to the point that people are <gasp!> even cleaning their own homes.  For a boat owner, finding something to do is pretty easy.  I've heard it said many times that if you think there is nothing to fix on your boat, you simply aren't looking hard enough.  In my case, it doesn't seem to take a lot of looking.

I think I've previously written about the work that I needed or really wanted to get done before making the trip.  A few things were known and there were many more that were discovered once I returned to the boat.  In hindsight, it is probably a good thing that there were so many items that resulted in delays to the trip, otherwise my crew and I may well be stuck in the Bahamas right now or figuring out how to make a direct sail back to the U.S.  If you are curious what is going on in the Bahamas right now with regard to boaters, you can click HERE to see the current (as of 4/15/20) situation.

Work on the boat does continue, albeit at a slower pace.  Part of that is due to the fact that it appears I will have a fair amount of time before this pandemic subsides so I'm not in a particular hurry now.  Another reason is that getting supplies has been complicated by the COVID19 pandemic response and other issues. There is also the conflict between the need of help for some tasks and physical distancing requirements/recommendations.

The first delayed project has been the rigging.  Getting the rigging at a price that wouldn't scuttle the trip before it started was one of the first delays.  Now that I have the rigging, social distancing and travel restrictions prevent any further progress on that task for the time being.

Unable to find a suitable replacement dinghy at a reasonable price, the decision was made to try and refurbish my well sunburned dinghy.  Patch material, refurbishing paint, and replacement valves were ordered.  The patch that has leaked for as long as I have owned the boat has been re-patched and now holds air and another patch has been applied.  Initial base coats of the rubber paint has been applied and the dinghy now looks significantly better and holds air.  Unfortunately more base coat was required and the new can was found to have been partially solidified when it arrived, therefore a replacement had to be acquired.  It finally arrived yesterday, so naturally it is cold, rainy, and windy outside today.  But progress will continue on that project.

The partial cockpit dodger/enclosure was a project that I had planned to do before getting to the boat.  A trip my wife and I made from Virginia to Southport in early January, just after completing the hardtop build, emphasized the need for protecting the helm from the weather.  The front dodger was created a little while back and is up and functional.  After completing that part, I found I had enough material to do complete panels for the sides, so I altered the design and created those side panels.  Unfortunately, I was lacking a couple of zippers to complete the build and those arrived only a couple days ago.  So, that project is almost complete, again just waiting on the weather so I can do a final fit and determine the exact position for attaching the zippers and a couple additional snaps.

Since it appears that I will be on the boat for a while as the temperatures rise here in North Carolina, I decided to revisit continuing issues I have had with the raw water pump for the air conditioner.  After several attempts to repair the existing pump, the motor finally seized up and a replacement had to be ordered.  As is my usual luck, despite ordering the correct pump, the one that was shipped to me was not a 115 volt A/C pump but a 230 volt one.  That had to be returned and the correct one re-ordered from a more trustworthy supplier than Amazon.  The replacement arrived about a week later and was installed and I'm happy to report that the air conditioner is again operational.  Hopefully it will stay that way for a while.

My boat was a former charter boat and was equipped with several 115 volt AC plugs, but only one 12 volt DC plug.  Since the native boat power system is 12 volt DC, it is rather inefficient to convert power from the 12 volt battery bank to 115 volt AC using the inverter and then back to  DC voltage to power things like phone, radio, and flashlight chargers.  I have now installed two new 12 volt DC sockets to provide a more efficient means of utilizing the house battery power.  With the earlier addition of solar, the boat is now more self sufficient than ever before.

There are other projects that I initially intended to defer until after the trip that are now getting some attention while I have time.  I wasn't happy with the velcro that was used when I initially recovered the salon cushions and have since reworked those covers.  I'm continuing to retrofit some of the lights with LED strips to further  lower power consumption.  I've finally managed to identify one of the leaks the boat had during heavy rains and will be looking at repair options for it.

Social distancing and my lack of desire to go to stores any more than absolutely necessary has also given me a chance to use supplies and practice techniques that come in handy when living in a remote anchorage or on passage.  Learning better techniques to store various fresh vegetables and what can be easily frozen to extend shelf life is a continuing process. I'm also getting better at controlling the boat oven for baking more delicate items like breads.  I've even tried Nido powdered milk that came recommended at The Boat Galley and have to admit it is almost as good as fresh and certainly suitable for baking and as a coffee creamer.

Speaking of not wanting to go out shopping, since I have a sewing machine handy, I offered to sew masks for the local hospital if they were in need.  Thus far, they have not indicated a need, but I am on their list of people to contact if the need arises.  I did create a couple masks for myself for if/when I need to go to the grocery store.  One of the other boaters here at the marina has a daughter that has an immune disorder, so I also made a couple masks for them. It was an interesting exercise to try and figure out materials I had on hand that would make a reasonable mask.  What I found was that non-woven fabrics were generally considered better than woven fabrics for trapping smaller particles.  What I ended up using for my own design (again, with what I already had on board...which was very limited) was the non-woven material used in some types of reusable shopping bags for the outer layer and a cotton bed sheet for the inner liner.  Since I have a spool of stainless steel safety wire, I used pieces of it to create the bendable nose bridge.  Although I can make no guarantees about the effectiveness of the masks, I'm reasonably confident they are far better than nothing.

So, in these strange times, I continue to keep myself busy.
Source: thisratsailed