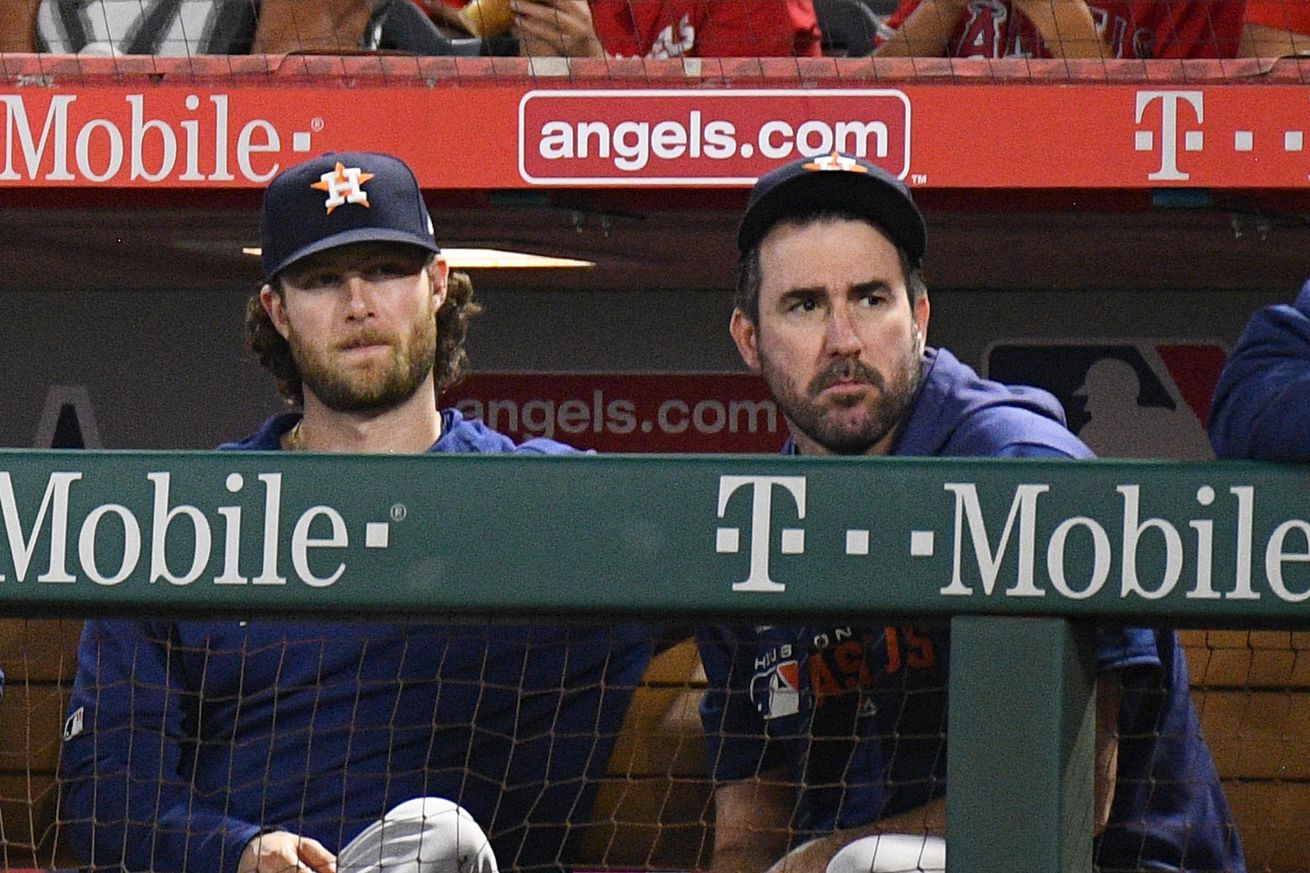 Gerrit Cole and Justin Verlander headline the Astros’ rotation, and are one of the main reasons Houston is back in the World Series for the second time in three seasons. With their work in the regular season and postseason combined, the duo is having a year for the ages.

Cole and Verlander have combined for a 2.11 ERA in 47 innings this postseason, and rank first and second in innings this October. That Stephen Strasburg and Max Scherzer are right behind them in innings and actually have a better ERA (1.71 in 42 innings) is a big reason why I picked the Nationals to win the World Series in six games over the favored Astros.

But factoring in the entire season, Cole and Verlander are having historic years.

They are just the second pair of teammates with 300 strikeouts in the same season, joining Randy Johnson and Curt Schilling for the Diamondbacks in 2002. Factoring in the postseason, Cole and Verlander’s exploits are even more impressive. Entering the World Series, they rank sixth and tied for 15th in most strikeouts in one year.

Verlander, at 329 strikeouts, could very well move into the top 10 with a stellar World Series. Cole, now at 358 strikeouts, could wind up fourth and has a shot at third, with the 25-strikeout gap matching Cole’s record-setting Division Series this year.

Cole picked a great time to have his best season. The Astros extended run and his October dominance — one run allowed in his three starts, with 32 strikeouts — have only amplified his pending free agency. Cole will be the big prize this offseason, and will have several teams lining up to pay him many millions of dollars, perhaps hundreds of them.

Johnson’s 419 strikeouts in total in 2001 are the major league record. Sandy Koufax in 1965 with his 411 strikeouts is the only other pitcher to reach 400 in a season, and one wonders how many more Koufax might have added had the playoffs consisted of more than just the World Series at the time.

Verlander and Cole came close to joining the 300 club in 2018. Counting the postseason Verlander had 307 strikeouts and Cole whiffed 293, putting the Astros aces at an even 600 on the year. This year they are at 687 strikeouts entering the World Series.

The Diamondbacks’ dynamic duo were on fire during the postseason in 2001, leading Arizona to a championship in just the fourth year for the franchise. Schilling set a single-postseason strikeout record with 56, with Johnson having the second-most ever at 47. Cole has 32 strikeouts this October and Verlander has 29, putting them within reach of at least Johnson for a single postseason and perhaps even Schilling if the dominance continues.

The dominance of Johnson and Schilling that postseason cannot be understated. They combined to go 9-1 with a minuscule 1.30 ERA in a whopping 89⅔ innings. Arizona was 9-2 in their starts.

In the end, Johnson won the NL Cy Young Award in 2001 with Schilling finishing second. They shared World Series MVP honors. The Astros can only hope one or both of Verlander and Cole will be hoisting a trophy or two at the conclusion of the 2019 Fall Classic.