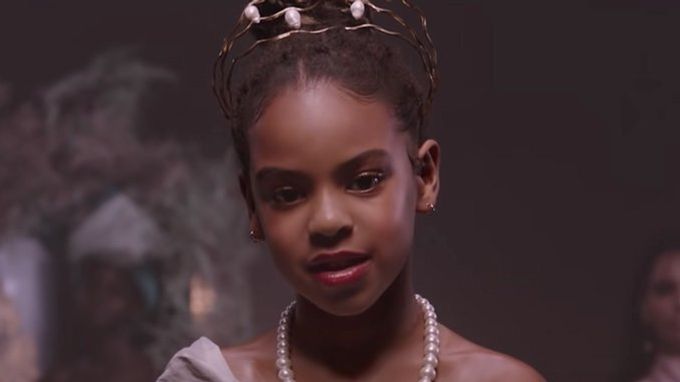 Before she’s even hit the double digits, Beyoncé’s nine-year-old daughter has won her first Grammys trophy, making her the second-youngest person to ever take home an award at the show.

Ahead of the 63rd annual ceremony on Sunday night, the Recording Academy announced that Beyoncé’s “Brown Skin Girl,” from “The Lion King: The Gift” album, came out on top in the Best Music Video category, beating out competition from Future’s “Life Is Good,” Anderson .Paak’s “Lockdown,” Harry Styles’ “Adore You,” and Woodkid’s “Goliath.”

Since Blue Ivy is credited as a featured artist and songwriter on the track ― she performs a couple of lines on the song’s outro ― she’s officially a winner, alongside her mom and collaborator WizKid.

The record for youngest Grammy winner still belongs to then-8-year-old Leah Peasall of The Peasall Sisters, who were a credited artist on the “O Brother, Where Art Thou?” soundtrack, which won Album Of The Year in 2002.

Rest assured that Blue Ivy already has a slew of awards to keep her company. She previously scored trophies at the BET, NAACP and Soul Train awards for her work on the song, breaking several records in the process.

And should the awards love continue, the tween could be up for another Grammy in 2022 in the Best Spoken Word Album category for narrating the audiobook adaptation of Matthew A. Cherry’s Oscar-winning short film “Hair Love.”

It might shape up to be a big night in the Knowles-Carter household, as Beyoncé is up for eight other awards, despite bowing out of performing at the ceremony.

If she picks up three more awards, she will officially surpass Alison Krauss —who still leads with 27 trophies — and become the most decorated female artist in Grammys history.

Watch the music video for “Brown Skin Girl” below.