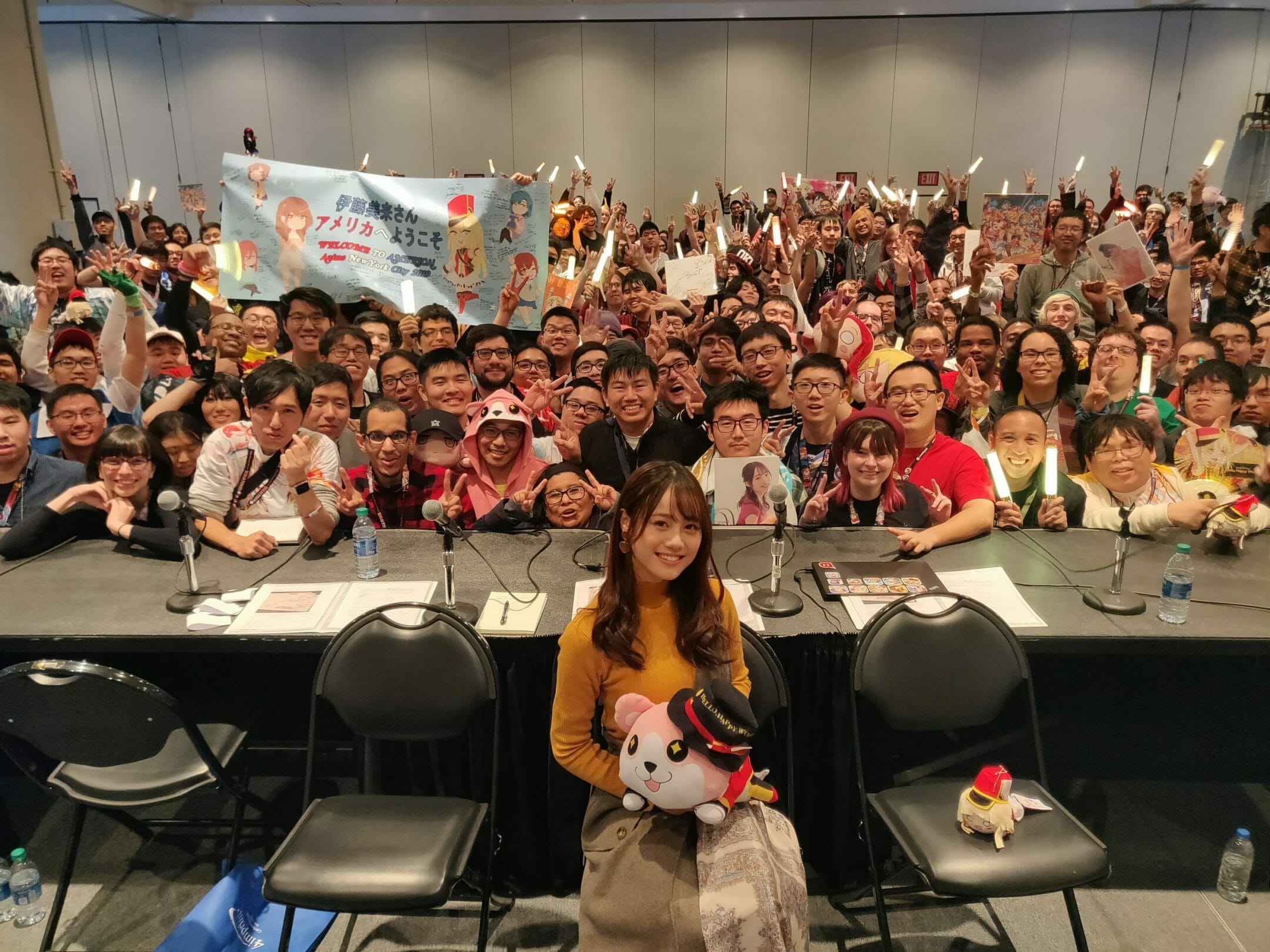 On her experiences in New York

Anime Herald: In BanG Dream! you have a very special train pass that flashes the family name instead of how much money is remaining. If you had such a pass in real life, where would you go?

Miku Itō: That card can be used to buy anything. I’d like to go to a big island somewhere and interact with nature.

On her similarities to Kokoro Tsurumaki, what it would be like to live in a mansion like her, and what she’d fill it with:

Miku Itō: Like her, I like picture books. I also like seeing people smile. As for differences, she’s a very positive girl. That doesn’t mean I’m a very negative person, but I’m just not that positive.

If I had a big mansion like Kokoro, I’d put an ice cream shop inside it.

On her training and preparation for BanG Dream!

Miku Itō: For Kokoro, the first time we recorded I already knew what the character was like, so it didn’t take long to create the character. However, before that I had lots and lots of discussions with the staff.

Kokoro is a very rich girl and she doesn’t know very much about the outside world. She’s also very positive so I tried very hard to bring out that special quality in her. 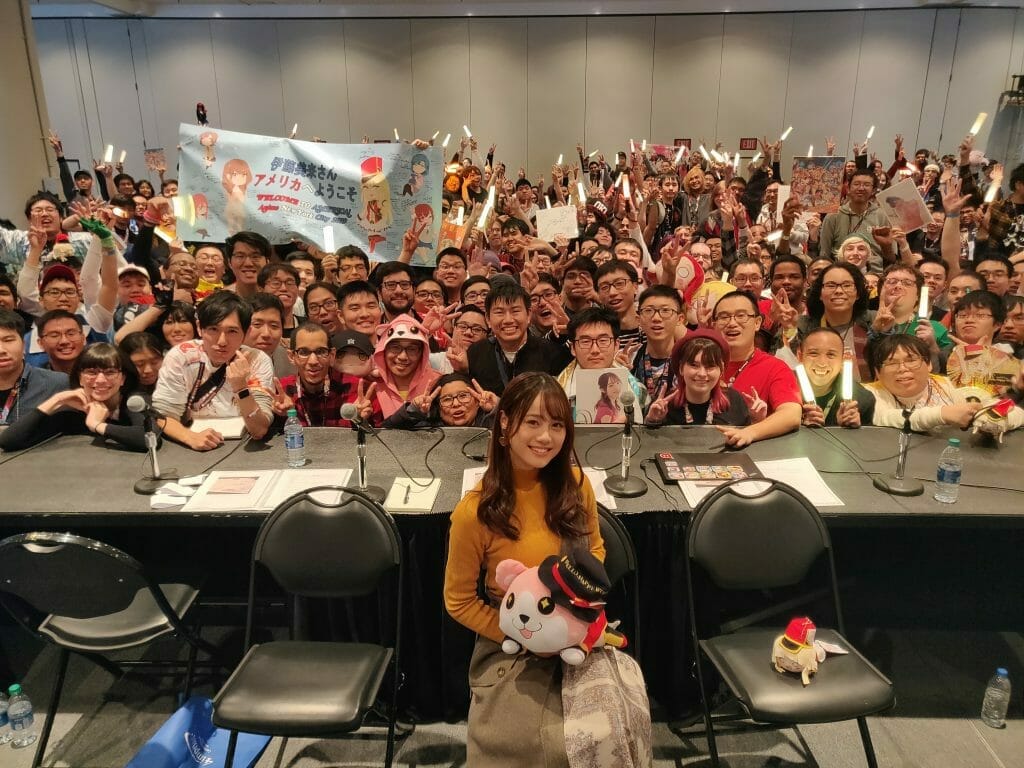 On “Hello, Happy World!” and her favorites from its library of songs

Miku Itō: It’s very fun singing “High Five ∞ Adventure”. There are a lot of places where the fans do a call & response with the performance. That’s a lot of fun to do.

On international groups she might want to cover with “Hello, Happy World!”:

Miku Itō: I’m not too familiar with international bands. Personally I love Hannah Montana and would love to sing one of her songs. 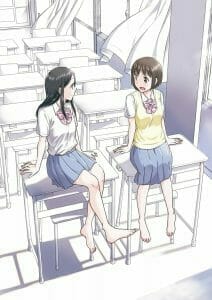 On her role in Fragtime:

Miku Itō: Fragtime is very much about cute girls getting along very well and that part’s very nice, but there is also a human darkness present in the work and I think that will stay in everyone’s hearts after they watch it.

My character Misuzu is a very shy girl and she can’t speak her mind well. She’s also very mentally strong. I think watching her grow is one of the main attractions of the work. I hope people like that part.

Normally when you are recording an anime you have a rough storyboard to put the voice over, but for certain parts of Fragtime there was no picture. We acted, and then the picture was put over that. Putting the picture to our acting was a new experience for me. It was quite an honor to do that.

I like how Murakami is very mysterious. She’s a very nice girl how she tries to fit herself to suit others. I thought that she could have had more confidence in herself from the beginning though. That’s how charming she is as a character.

In the ending of Fragtime Moritani and Murakami kind of collide emotionally. I really want people to see that. I put a lot of effort into acting out that scene. I hope you all see it.

On which of “Hello, Happy World!’s” songs is most challenging for her to sing:

Miku Itō: “Hello, Happy World!” does a lot of covers with very fast words, they come out very quickly. I think the hardest one was “GO! GO! MANIAC” from K-On! It’s a very fast song. I had a hard time with it.

On her favorite BanG Dream! character:

Miku Itō: I love everyone so this is a very hard question.

She’s in the same band, but I really love Kaoru Seta. I think every girl has a heart throb for Kaoru Seta.

On why she decided to become an actress:

Miku Itō: This might be a very long story. I first wanted to become a performer after watching a lot of dramas when I was small. When I was a student a friend of mine, she really liked anime. She taught me a lot of things. That’s how I learned about the role of voice actress. They have a certain charm when they sing and act. When I saw that I wanted to be one.

When I was small I didn’t know there was a thing called voice acting. I only learned about it after meeting my friend when I was a student. I wanted to become one so I took auditions. I didn’t quite understand how or why, but I passed. I spent one year studying to become a voice actor after that. After that I started auditioning to get the role of characters. One year after I started that I passed an audition to get my first role, and now you see me here!

On which instrument she’d play live:

Miku Itō: If I could play any instument I’d want to play bass guitar. It’s a very cool instrument. I think it would be a very popular thing. *Laughs*

On being like her character and loving to make people smile:

I enjoy hearing when fans tell me they liked certain works or my songs. It makes me very happy, so I want to as part of my work, make that happen.

Anime Herald: Can you talk about what you learned in the year you spent studying voice acting?

Miku Itō: I started by building my body. It might not look like it from what you see here. (laughs)

First I built up my body. After that I practiced my articulation so I could speak well. I learned a lot of new and different things. It was very difficult.

On her favorite genre of anime:

Miku Itō: Battle anime. I like heroes. A lot of fighting and explosions. Action!

On preparing to play such different characters as Kokoro and Misuzu:

On her favorite books:

Miku Itō: It’s a Japanese book about a pianist. I don’t know much about pianos, but the book was very interesting. I enjoy reading.

Miku Itō: I think all of the “Hello, Happy World!” songs have a melody that communicates having a lot of fun. When I sing as Kokoro I try to have as much fun as I can when singing for the recordings. I hope that fun feeling comes across.

Anime Herald: If you had the power to stop time for three minutes in a day, how would you use it?

Miku Itō: The atmosphere that the fans create is very different from the conventions in Japan. Japanese fans tend to be very shy. Meanwhile, the people here in New York are very energetic and bright and they like to talk to me a lot. They’re very into it.

This is my first time in New York. Everyone gave me a very warm welcome and I am thankful for that. Naturally I’d like to come here representing more characters, but I’d also like to come here personally to visit.