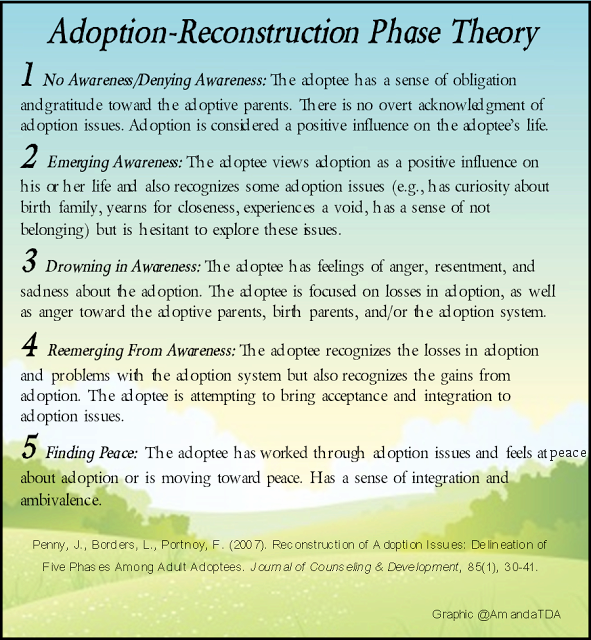 Adoption and Coming to a Place of Peace 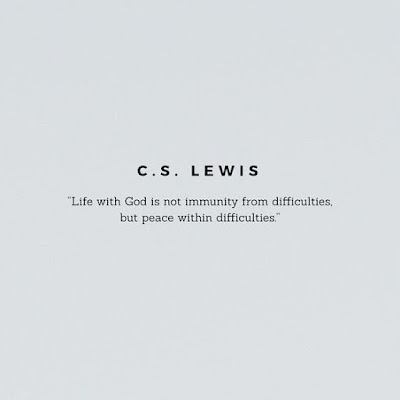 “The odds are that everyone sitting in this classroom today will not make it through this course. Some of you will drop out because it will become  uncomfortable to deal with the issues that will be brought up in this class.”

This was said by my professor this past semester in a Christian counseling course I took as part of my bridge work toward my doctorate.
The professor was right. I recall three people who dropped out mid-way through the course. And among those who didn’t, it was still emotional at times. I cried during two of the lectures and I remember glancing over at my colleague who is another minister about my age – a big strong man. There he sat at his desk with his head in his hands, handkerchief up to his eyes, weeping.
What was going on? A considerable amount of processing our past.
I realize a lot of people have no interest in taking continuing education courses or they may not be able to afford it. That is understandable. But it has helped me a lot in ways I never expected. I anticipated receiving education but was surprised at coming to a place of peace regarding adoption.
I haven’t written in this space for quite a while. Life has been overwhelming in good ways between work, school and home. Right now I’m on vacation and that lends itself to pleasurable things I’ve been wanting to do and just haven’t had time. Blogging it one of those things. Vacation is a time when I typically ponder deeper things that I’ve been unable to heavily consider because of all else that’s on my plate. When I get away and start getting quiet and walking or biking and things like that, my thoughts flow on that which I have tabled.
In times past, I couldn’t imagine myself getting to the fifth step of what is known as the Adoption-Reconstruction Phase Theory. Here is a graphic created by Amanda at the Declassified Adoptee that helps to understand what it is:

I remember first glancing at this theory and thinking, “Yeah…right.” I spent a lot of time the past seven years between steps three and four, teetering toward five but never getting there. As much as I wanted to believe I would someday be at peace regarding my adoption journey it did seem elusive.
I now find myself on the fifth step, most days. I say most days because I firmly believe there are times, taking triggers into consideration, that you can flux between the steps for a bit. At least I do.
There are three things in addition to the eight months of Christian counseling I initially underwent with Melissa that helped me in getting from step three to step five. The first is two Christian counseling classes I recently took. Adoption was never mentioned in the classes. But I gleaned a lot that I applied to my struggles.
The second thing that helped me was a theology class where the professor asked all of us what theological concept we struggled with the most. We were permitted to choose our own topic for a final research paper and I purposely based mine on my greatest struggle.  Working on that for a few months helped me wrestle with a lot of the “whys” I never thought I would be able to reconcile.
The third thing that helped me was having some talks with my friend, Pastor Linda Klippenstein, who is one of the pastors at our church. Our conversations weren’t about adoption but some things she said regarding another situation affected me regarding adoption. Specifically, some of her thoughts on humanity and when we see the dark side of it in people’s lives and in ministry and must come to grips with it. I began to consider the dark side of humanity regarding my own family both biological and adopted and my situation as a whole and it gave me some new perspective.
I don’t write here to just share what’s going on in my mind but to somehow help other people. So, here’s the takeaway…
Don’t be afraid to wrestle. It could have dropped out of class rather than cry and face my remaining struggles. I could have also chosen an easier topic for my theological research paper.  But I chose to purposely go to the hard places and grapple with the most difficult parts of my life and beliefs. Staying in the fog is so much easier and that’s why millions of adoptees do it. It’s harder to force yourself to examine every angle and come to grips with what you really believe.
It also helps to stay connected and open. Neither my professor or my pastor-friend are adopted or have any close connections to adoption. But they have both impacted my thinking about walking through the most challenging parts of life and arriving at a place of peace.

This post is not a sermon...not a how-to. We all have our own journey. My encouragement today is simply to keep your heart open and press on.

So, with all of this...do I still long to discover the paternal side of my family? Yes, of course. But it is no longer robbing my peace.
Source: adopteerestoration.com

Adoption and Coming to a Place of Peace