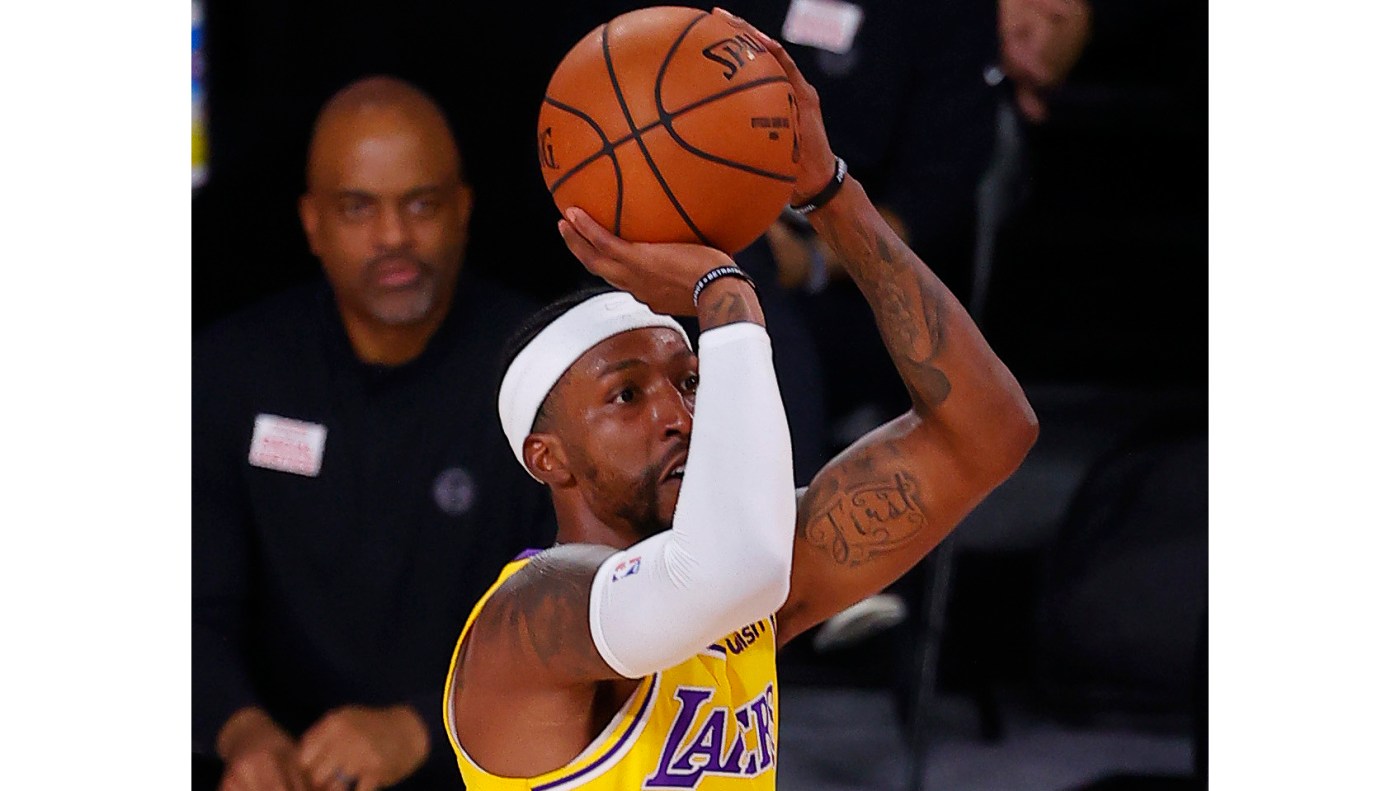 Last week, LeBron James and Kentavious Caldwell-Pope each laid out their cases as the best 3-point shooter on the Lakers. Then on Thursday night, they had a contest.

Caldwell-Pope, the top shooter by percentage and volume for the season, came out on top, besting James’ six 3-pointers with seven of his own, with each man attempting 10 apiece.

Perhaps callously used to seeing the Lakers (12-4) drain the long ball this season, Alex Caruso registered surprise when a reporter told him the final tally.

“He made seven threes?” he exclaimed. “I didn’t even know that.”

That’s been the case for the 27-year-old Caldwell-Pope this season: making the spectacular look routine. His season-high in made 3-point shots and points (23) could blend in a bit with other performances because his hand has been so steady: He’s shooting nearly 57 percent from long range through 12 games (he sat out four).

It’s been quite a 15-month shift for Caldwell-Pope, whose ugly start to the 2019-20 season left fans openly booing whenever he touched the ball. Frank Vogel called his turnaround one of “the most rewarding things” about his coaching tenure.

“When you see a guy that plays as hard as he does, that brings value whether he’s making shots or missing shots, guys like that earn minutes,” Vogel said. “When they earn minutes, they get more comfortable shooting the basketball and he really had a remarkable growth year last year and has taken it to another level this year.”

Caldwell-Pope did come under some friendly fire in the last game, a loss to Golden State. James tore his ear off after he passed up an open look and sent it back to James, which ended the possession after James was whistled for traveling.

Vogel said passing up open shots was something the entire team did in the prior game, not just Caldwell-Pope. During film study, he acknowledged he made a mistake, but he tried washing it out of his mind against the Bucks.

“I would say the confidence is from the work I’ve put in,” he said. “I know where my shots are going to come from, where I need to be to even get those shots and just being in a great rhythm every game.”

In an effort to ensure more participation with COVID-19 protocols in place, the NBA has moved back the start times for several games, including three involving the Lakers on their current seven-game road trip.

The Lakers will start at 6 p.m. PT in Chicago on Saturday; 5 p.m. PT in Cleveland on Monday and 5 p.m. PT in Detroit next Thursday (Jan. 28). With some coronavirus test results arriving during games, such as happened with Philadelphia’s Seth Curry, the league is hopeful that the later start times will be more accommodating.

Earlier on Thursday, the NBA postponed three more Washington Wizards games in a more aggressive strategy to stop the spread of COVID-19 in the league, including a Friday game for Milwaukee that would have been the second of a back-to-back.