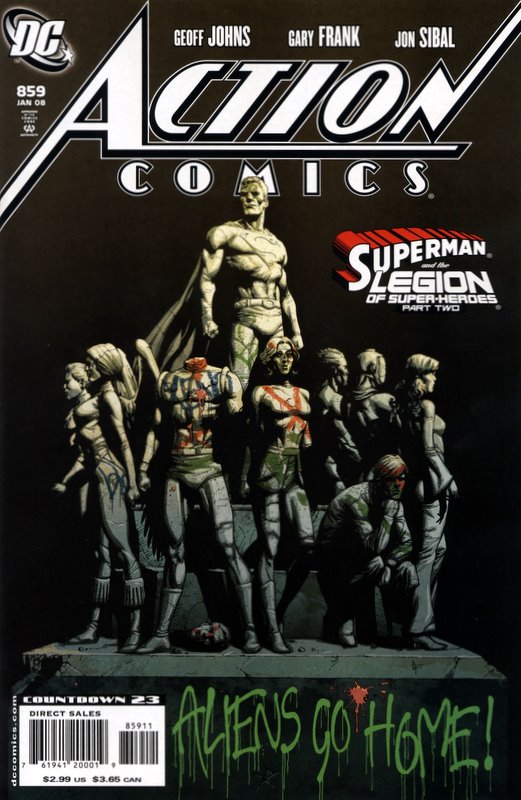 The gallery, presented in chronological publication order along with cover date:

Action Comics v1 859 - January 2008
Part 2 of "Superman and the Legion of Super-Heroes" story arc. Note that the solicited version of the Andy Kubert variant includes Batman's utility belt, which is completely chopped off in the printed version.

Legion of Super-Heroes (vol 5) #37 - March 2008
Meanwhile, on the main title, the team of Jim Shooter and Francis Manapul were starting a new run on the Threeboot while the Retroboot was still going on, and Manapul produced a diptych set of covers.


This one fits together nicely as a single poster (though it would have been nice to have been able to see it without the cover copy). 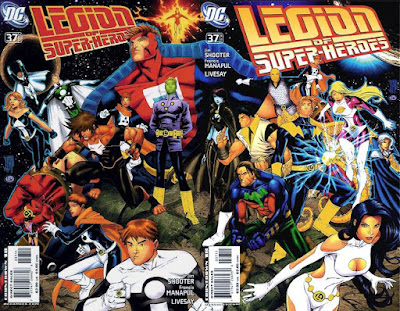 DC Universe #0 - June 2008
This was the bridge between Countdown (which had just ended, counting down from #52 to #1) and Final Crisis (which counted up from #1), but a transition story not really a part of either. The textless version of the cover is shown just because of the gorgeous George Pérez artwork. The center column of the first printing, which shows the Legion, was later made a part of the Legion of 3 Worlds trade paperback cover.

Legion of Super-Heroes: 1050 Years of the Future - June 2008
To celebrate the 50th anniversary of the Legion (thus "1050 Years"), DC published a collection covering the team's history, focused on the pre-5YL run but also including the Reboot and the Threeboot. The book was originally solicited with a Neal Adams cover, reprinting his artwork from the 1976 DC Calendar (and more closely resembling the edited version of that cover that was used on the 1977 Tempo paperback reprint), but what actually saw print was a portion of the Mike Grell cover from Limited Collector's Edition #C-49.

Final Crisis: Legion of 3 Worlds #1 - October 2008
Spinning out of "Final Crisis", this series had the Reboot, the Threeboot, and the Retroboot Legions all meet up for the second time (the first was in an untold tale). The trade dress on this series resembled that on the main series, with one cover being a full image of a character and the other cover showing only a sliver of action in the middle third of the page. At a Diamond Retailer Roundtable Program (RRP) summit, they were given a special incentive cover which was the pencils-only version of the main cover.

Final Crisis: Legion of 3 Worlds #2 - November 2008
Same trade dress for part 2. After this, the title fell way behind schedule, the next issue didn't come out for five months, until the April cover date. The sliver cover homages Justice League of America #1, the first time the JLA met the JSA.

Final Crisis: Legion of 3 Worlds #4 - June 2009
Part 4, Brainiac 5 gets the portrait this time. Notice that the printed version is different from the solicited version in the image that appears in the lightning rod.

The entire triptych with no trade dress 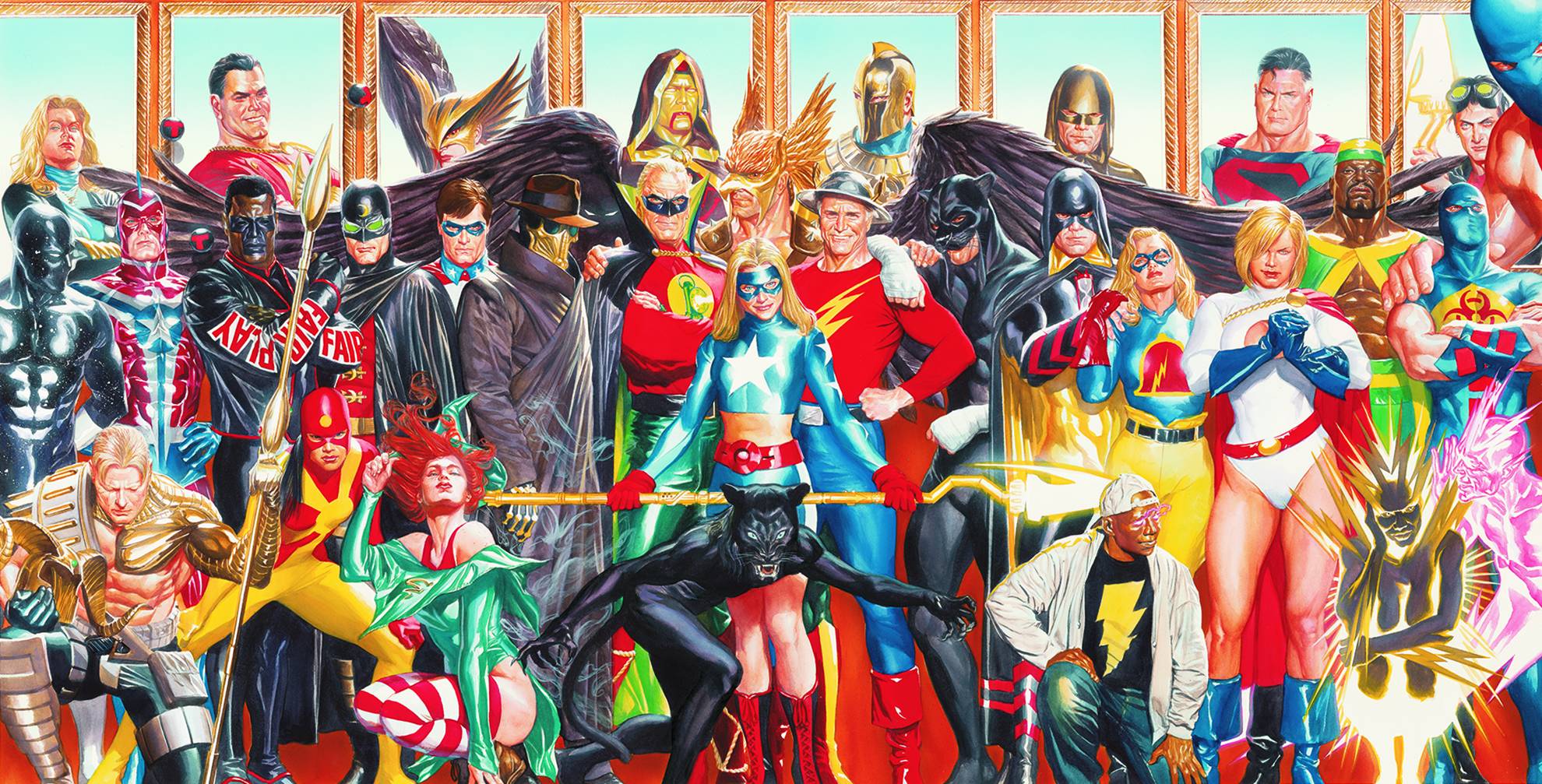 Final Crisis: Legion of 3 Worlds #5 - September 2009
Part 5, the final issue (which has come out after the main Final Crisis series has already ended).

Notice that the solicited version of the variant cover had Superboy-Prime blacked out so as to not spoil his appearance.


Superman Secret Origin 2 12/2009
This 6-issue miniseries gave the history of Superman in the post-Infinite Crisis Retroboot era, when it was shown that he had been Superboy when younger and had joined the Legion. The main cover was part of a connected series (seen below).