And Away We Go

Model for a Proposed Monument to Commemorate the Invention of the Balloon, ca. 1784, Clodion (Claude Michel) French, gallery 552.

I had walked by this exuberant monument proposal without at first seeing its story.

Consider this marvel: “This airy Rococo flight of fancy - in which putti pile bundles of hay to launch the balloon, guided by Fame and propelled by Aeolus - is difficult to imagine in marble. Gradually, hot-air ballooning spread to the point of being commonplace, and the project was dropped.” - MetText

This celebration of balloon flight seems a perfect opening to the ESDA department (European Sculpture and Decorative Arts): Hotel rooms, boudoirs, often gilded, and sculpture raw and cooked in bone, wood, silks, marble, crystal. . . and some with all of the above.

I knew there would be surprises. 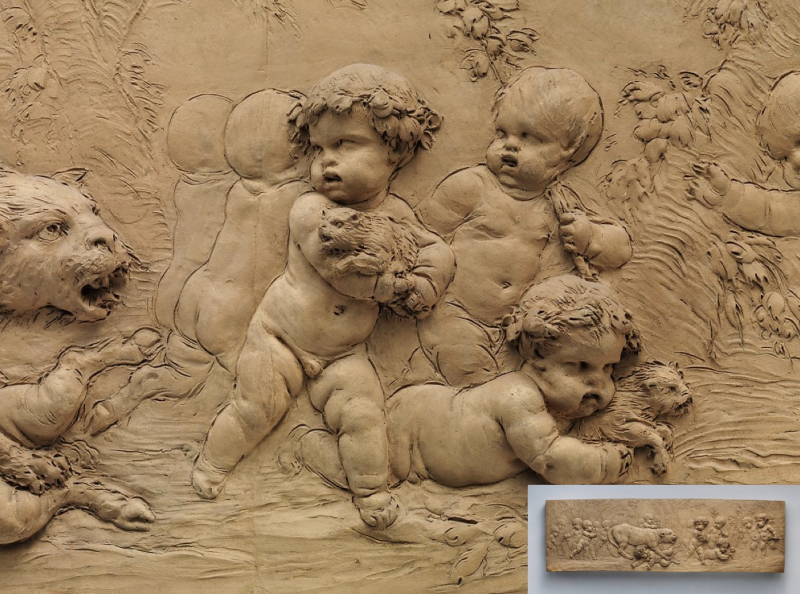 Above: Children and Satyr Children with a Pantheress and Her Cubs, detail and (inset) complete, ca. 1781, Clodion (Claude Michel) gallery 552. Below: Pieta, 1864, Jean-Baptiste Carpeaux, France, gallery 552. 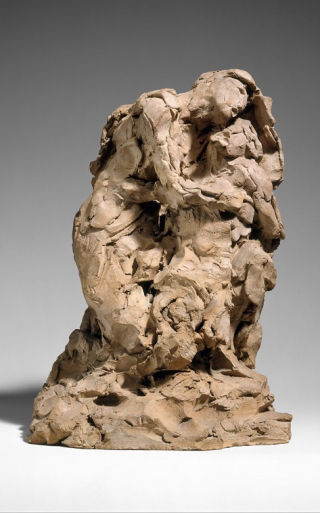 The terra cottas in gallery 552 feel like the first captures of ideas.

“Mounding the clay pellets and pressing them into shape in mere seconds, Carpeaux’s entire attention is on the Virgin Mary's maternal embrace, to the virtual exclusion of Christ's legs.” - MetText

It is my favorite 3D medium.

To be well read on the contradictions (classic theme vs. modern  expression) of art in the age of reason is one thing. To walk into a gallery and feel it is yet another. Is excluding Christ’s legs rational or raw? 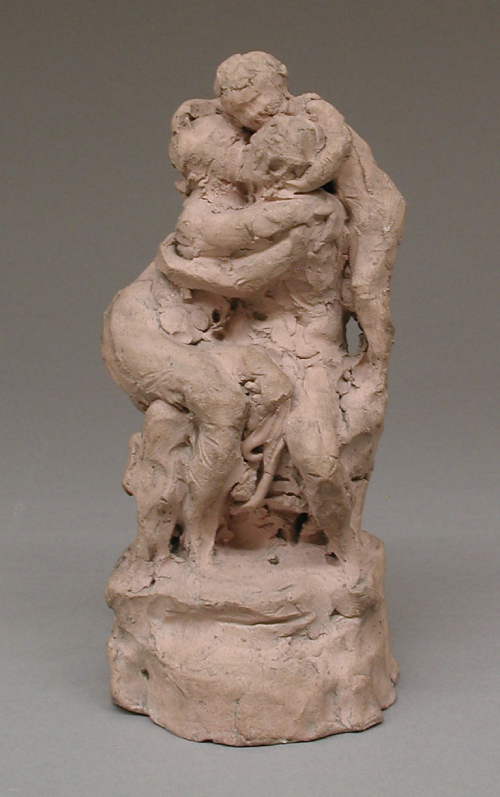 “The term trait d’union is French for hyphen, the sign linking the parts of a compound word. Here it poetically signifies the familial ties that were renewed when Carpeaux and his wife reconciled after their little son Charles recovered from terrifying convulsions. Amélie is on Carpeaux’s lap. Charles binds their heads in an embrace. The reconciliation was brief and Carpeaux himself was soon jealous all over again and already desperately sick.” - MetText

Poetic hyphen? Desperately sick? Again? On this text description, I would have preferred either much more or much less. Their arms, in this context, look like parentheses, which I love. 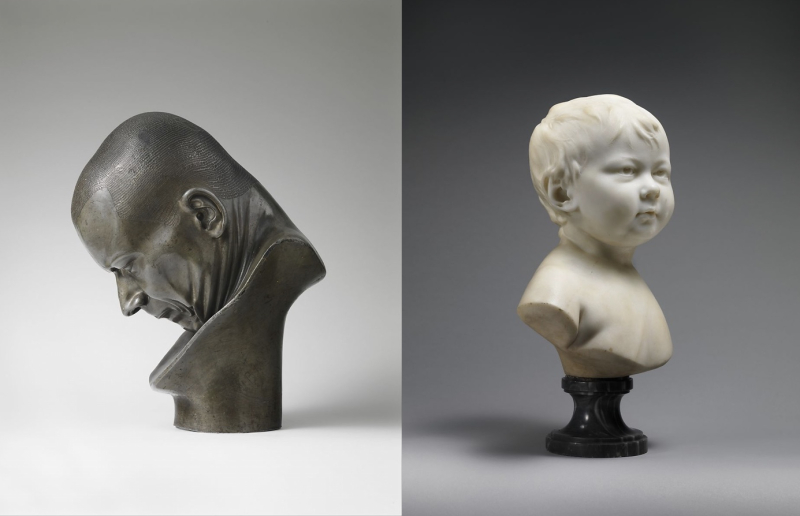 After early commissions and rising stature, Messerschmidt’s late portrait sculptures were at first considered outsider art - exhibited as a freak-show attraction at a carnival - but much later seen as important precursors to both Modernism and Expressionism.

“What would you think of a man who refused to sleep lest he should waste part of his life? You would say, ‘He is mad; he is not enjoying his life, he is robbing himself of part of it; to avoid sleep he is hastening his death.’ Remember that these two cases are alike, and that childhood is the sleep of reason.” - Jean Jacques Rousseau, Emile; or, On Education, 1762.