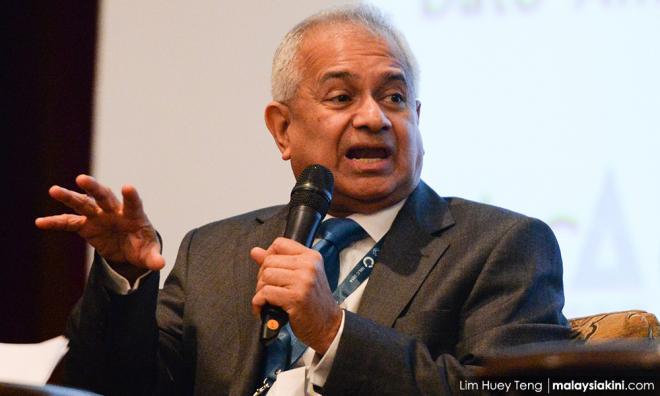 COMMENT | Judging by the flurry of criminal and civil suits against former attorney-general Tommy Thomas after the publication of his memoir My Story: Justice in the Wilderness, many have pronounced that it is all a “storm in a teacup”. Allow a tea lover to read the leaves to see what we can anticipate in the future.

First, as Malaysians, we must celebrate the publication of this masterly-written memoir by this illustrious barrister, Thomas. “Tell-all” memoirs are rare in Malaysia and I remember when I published my ‘Inside the DAP’ in 1995, I was pilloried by party hacks who claimed that “cultured Chinese gentlemen” just do not do spill the beans! Well, I was not in the government so there were no official secrets I could have divulged. I was open to civil defamation suits of course, except that none was forthcoming and, after all, I did not mention a single name in that record of my political experience.

We can ignore the usual shrieks of ‘sedition!’ levelled against Thomas since that is not likely to stick. So are the protests over his casting aspersions on civil servants in the AG’s Chamber likely to come to nothing. As for calls to ban the book, I do not think we live in the medieval ages anymore. Such noises over the publication of the former AG’s memoirs are indeed a “storm in a teacup”. All the same, there are sections of the book that are disquieting.

I can understand Thomas's eagerness to get his memoir out as soon as possible but alas, with the 1MDB and the Altantuya Shaariibuu murder cases still pending, are his opinions as the former AG regarding the guilt of the defendant in the cases not prejudicial to the rule of law? It is no longer a storm in a teacup when the aggrieved party has initiated a defamation suit against him.

Others in the government and even a former AG have threatened criminal defamation suits against him and made police reports alleging breaches of the Official Secrets Act in his book. Although civil society has all along opposed the OSA, did the former AG take an oath of secrecy when he assumed the post? Anyway, these questions will soon be answered in court no doubt.

Thomas must be savvy enough to know Malaysia’s new normal of a political revolving door since GE14, namely, the circus of interchangeable coalitions is proving to be also a game of revenge prosecutions. Yes, his memoir meticulously chronicles the way he brings the corrupt BN politicians to book over the 1MDB and other scandals after 2018. Now that the Pakatan Harapan government has fallen simply because prime minister Dr Mahathir Mohamad lost the plot, we are now witnessing the reopening of the corruption cases involving Harapan politicians and which were rather foolishly dropped by the Harapan government and its AG after GE14.

The new “Axis” will have their day against the Harapan attorney-general who so thoroughly humiliated them. In his memoir, Thomas has also caused consternation, especially among Abdul Razak Hussein’s family by pointing his finger at Malaysia’s second prime minister for his role in the May 13 riots. Now, when I published my May 13: Declassified Documents on the Racial Riots of 1969’ in 2007, there was no mention of who was responsible. From my analysis and the incontrovertible documentary evidence presented, the reader is left to conclude who the culprits were. My other publication, K Das & the Tunku Tapes in 2002 actually quotes the Tunku’s view on the culprits of May 13 but then the book is based on a verbatim record of audio tapes by the Tunku himself.

Besides, before I published May 13’ as well as Racism & Racial Discrimination in Malaysia, I made sure the best lawyers of the land scoured the manuscripts to ensure they were defamation-proof. But who does the top lawyer in the land approach to advise him on the legal snares that await his book? Maybe, Thomas is confident he can overcome any of these legal challenges.

The big eye-opener for me was how Thomas writes that he lobbied to be AG under a prospective Harapan government as far back as GE13. Together with other erstwhile NGO activists who were quick to accept career opportunities from Harapan after GE14, this reeks of career opportunism after decades of struggle by civil society for the progressive society that neither BN nor Harapan has been able to provide. And after he was reinstated as the AG after the first fright, Tommy expresses so much gratitude to Mahathir right up to the last page of the book.

Yet, although this is a memoir covering some 70 years of his life, there is little on what Lim Kit Siang has called “the rot that started with Mahathir” from 1981 to 2003. How could he, when he is so grateful to the former "Mahafiraun" for appointing him to that choice job? Somehow, such opportunistic behaviour is not congruent at all with his claims in the book, namely, to uphold a loftier “democratic socialism”.

And considering Thomas was so thorough in documenting all the cases that came before the AG Chambers during those two years after GE14, including the rape charge against the DAP state assemblyperson Paul Yong, the decision to withdraw criminal charges against Lim Guan Eng is glaring in its omission. In an article I wrote at the time, I cautioned the AG to “best let the court decide”:

“If he were the judge in this case, he could no doubt recuse himself from the case. This is because, before his accession to the attorney-general's office, Thomas was Lim's counsel in the ongoing corruption case against him and a vocal supporter of the Harapan coalition. The conflict of interest could not be more jarring.

“Public integrity is on trial here. The decision of the AG is crucial to vindicate the public's interest in honest government and an independent justice system. In the ‘new’ regime after the last general election, the Harapan government and the attorney-general have made cracking down on corruption and restoring the public’s trust in government a top priority after the corruption scandals of the previous BN government… Faced with this ethical dilemma and unable to recuse himself from the case, the only course of action left for the attorney-general is to let the court decide. After all, as the AG, he must have some faith in the judiciary of this country.”

Finally, while Thomas's memoir ends on a melancholic note regarding the failures of the Harapan leaders in sweeping aside the GE14 manifesto, he also laments the fact that his desire for law reform was thwarted by the AG’s minor role - the fact that the AG is not in the cabinet, nor is he an MP. This seems a far cry from his views when he wrote as a member of the independent Bar:

“The powers of the attorney-general make nonsense of the doctrine of separation of powers. Power corrupts and absolute power corrupts absolutely. The power of the AG has increased since Merdeka, it is increasing and ought to be diminished. Immediate steps ought to be taken by the relevant authorities to reduce his powers so that the doctrine of the separation of powers is restored to its proper place in the Constitution.” (Tommy Thomas, Abuse of Power).