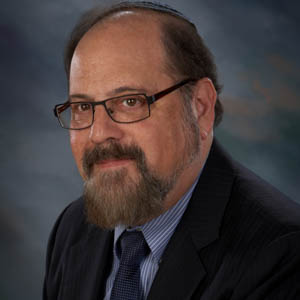 A Glimmer of Hope

I have not been reticent to express my dismay about the demise of the vast majority of American Jewry. But the facts (as reported by Pew Research) unfortunately speak for themselves. With the notable exception of Orthodox Jewry, Jews are  marrying out at an alarming 70% rate.
Putting fuel on that fire is the fact that most parents don’t’ even care that much anymore if their children do marry out. In one rather infamous case a secular Jewish author actually promoted the idea! The simple reality is that most non Orthodox Jews could not care less about their Judaism – even if they don’t intermarry.
But even if no one ever saw the Pew Statistics, one would have to be blind, deaf, and dumb to not notice what’s happening to Conservative synagogues. Formerly large synagogues have so few members that they cannot be sustained financially without merging with another similarly affected synagogue. That’s why so many current Conservative Shuls have such long names.
While it might be true that Reform Judaism is growing, as a movement they have departed so much from what defines Judaism or even who is or is not a Jew, there is nothing to talk about. Although among individual Reform Jews that actually ARE Jews there may be some hope.
Lest anyone think that as an Orthodox Jew, I am viewing things through a biased ‘self-serving’ lens - I am not the only one that has noticed this tragedy. So too has Professor Jack Wertheheimer, one of the Conservative Movement’s brightest stars. He has written numerous articles on the subject lamenting its demise and suggesting that the reason it is happening is that the rabbis of those Shuls ignored the lack of Mitzvah observance on the part of their congregants, focusing instead on social justice issues.
Without any exclusively religious Jewish substance unrelated to social justice, it should not have been too hard to have predicted this would happen. But apparently no one did. Which led to a slow but gradual process of disinterest in a Judaism that had no real independent Jewish meaning. While those rabbis may have couched social justice issues in religious terms it does not take rocket science to see it as a universal non religious value.
Well, it appears that not all is lost. To my great surprise, Eytan Kobre actually wrote about this subject in last week’s Mishpacha Magazine. Analyzing the state of heterodoxy is not a subject usually dealt with in a Charedi Magazine.
Eytan excerpts sections of a Mosaic Magazine piece written by Professor Wertheimer that repeats some of the things he has said in the past about the overall sorry state of his movement but makes one exception. Which is what Eytan notes offers a bit of hope: The ‘Three day a year Jew’.
These are Jews that actually care enough to attend a Shul the 2 days of Rosh Hashana and the one day of Yom Kippur. While that may not be all that significant to the survival of Jewish heterodoxy, it does show pone thing.  It shows there is a very small part of them that still values Judaism beyond just pursuing social justice. Not all heterodox Jews have abandoned their heritage. At least not entirely. (Although their children might. Which is all the more reason to engage with them. More about that later.) The ‘Pintele Yid’  - the tiny little part of their soul that yearns for full Jewish expression still exists within them.
Now it’s true that part of the reason for that attendance at is due to innovative techniques those rabbis have used to entice them in, (some of which are clearly against Halacha – such as adding live music as part of the service) - that alone is not what brings them in. They are going to Shul because it’s the high holy days.
Professor Werthheimer suggests that these Shuls need to bring them in during the rest of the year if they want to survive. That is true. But I still don’t see heterodox movements surviving very long into the future.
Nor do I think that Orthodox outreach can bring them all in  ‘from the cold’ to our much warmer and more authentic  form of Judaism.  Although surely that should mean redoubling our efforts there. But what it does mean is that there is still a substantial percentage of them (10% or more?)  that care enough to be reached. And as their denominations continue to die, they will need to go somewhere for some authentically pure Judaism. And that ‘somewhere’ is us. We ought to be ready to take them in and embrace them.
In this season of repentance and forgiveness we should therefore treat every secular Jew we know as the brothers and sisters they are. We need to respect them as they are and not try to overtly change their ways. We need to be tolerant and open to all Jews regardless of which denomination they belong to. Not be judgmental. We must convince them about the beauty of Judaism by example. No preaching. No criticism.  Just a pure  expression of love for our fellow Jews. What better way to begin the year that to have a commitment like that!
Source: haemtza

A Glimmer of Hope