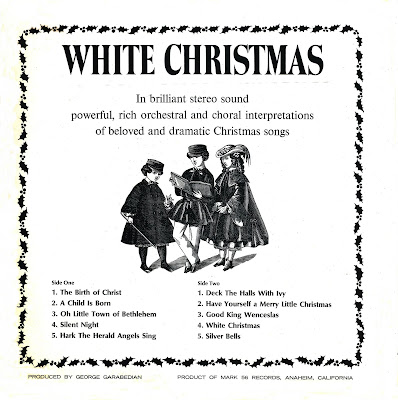 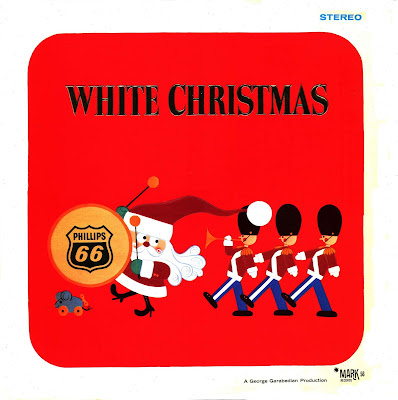 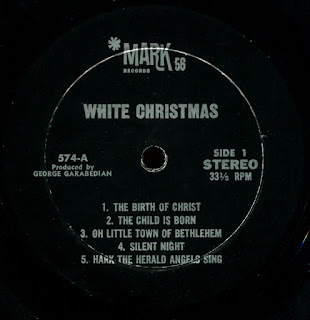 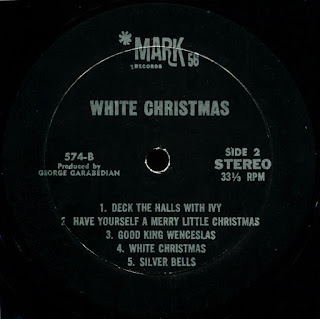 I didn't think I'd be pushing it so close.  Here's a this-side-of-the-border George Garabedian Christmas, with an excellent singer who isn't named.  She could be Julie Andrews (though I doubt it) or Patti Page (nah).  I don't know who she is.  Neither did producer George Garabedian, apparently.

That has to be Walter Brennan on the first track, though--The Birth of Christ.  If I had time to look it up, I would.  But I don't.  Fun tracks, all.

Merry Christmas/Happy New Year!!  I have an entire six minutes to get downstairs and watch the ball drop....