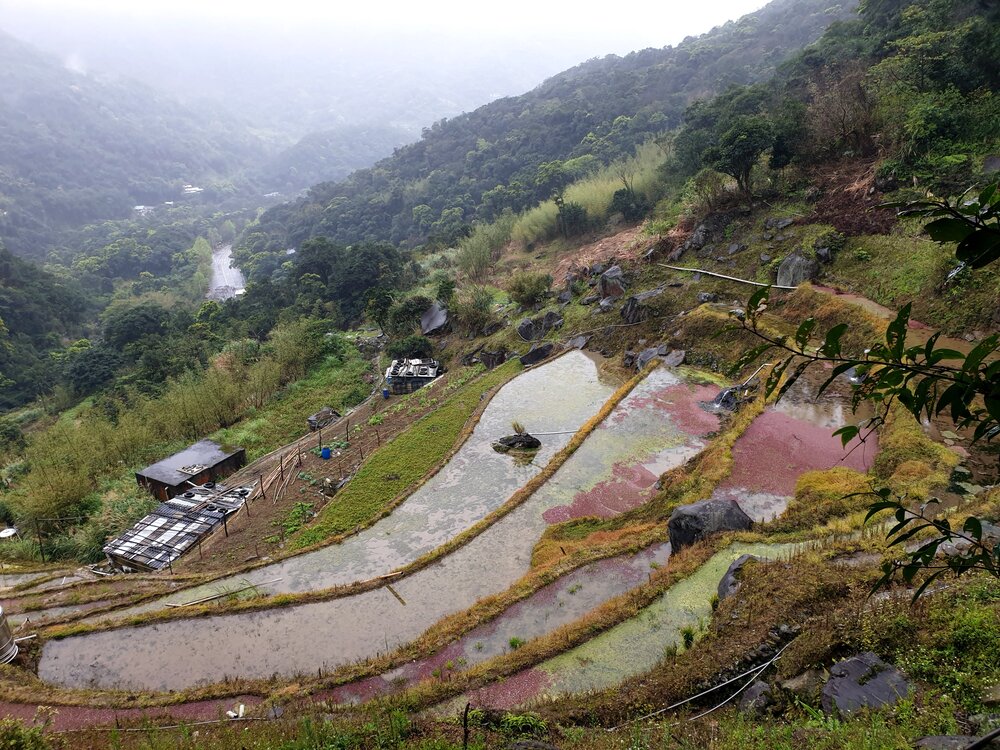 If it's early afternoon, the sun is shining, and you feel like a bit of nature, this short loop trail close to Taipei may be perfect. 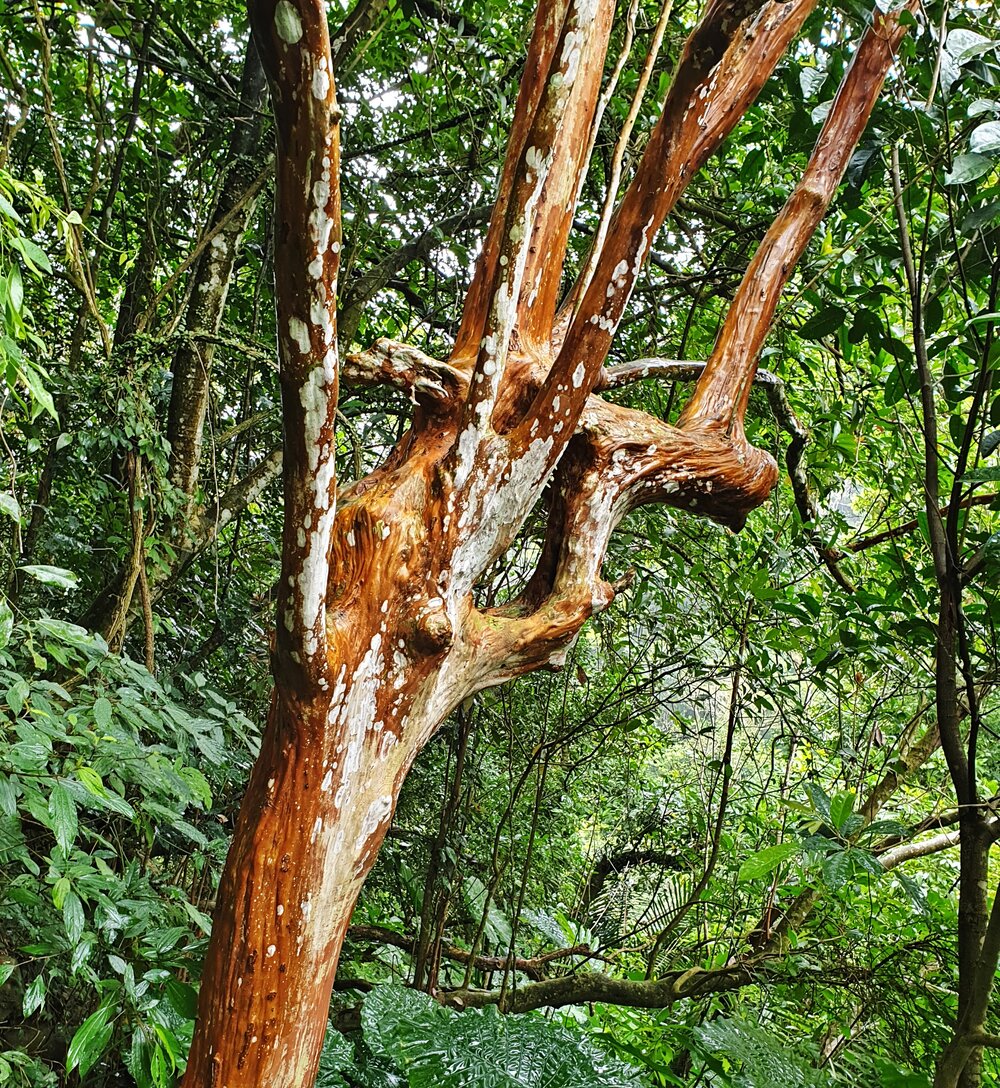 Can anyone else see a deer head with antlers here?

A word of warning though. Like many trails in the lower hills around Taipei this one features stone steps for most of its length. 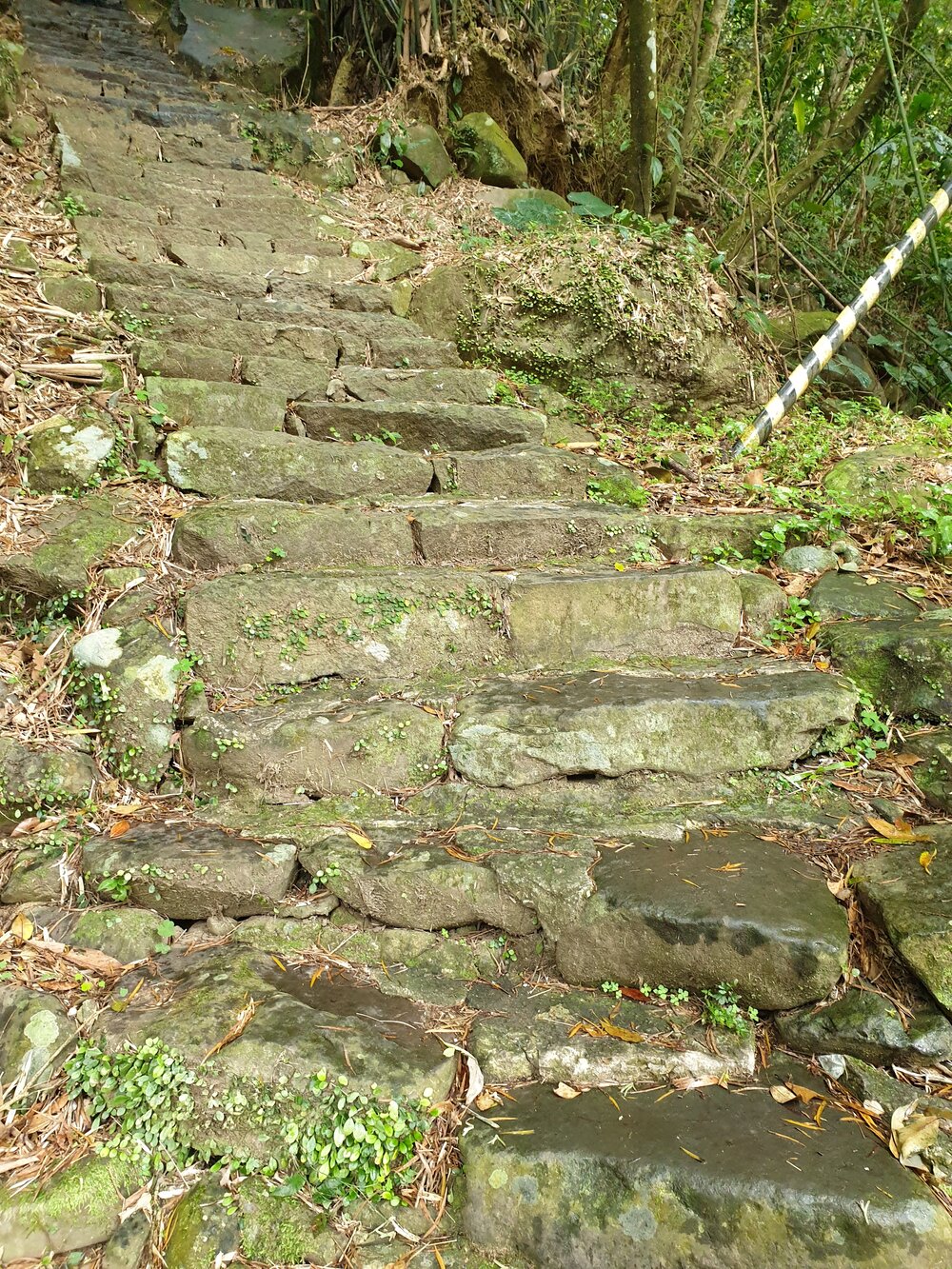 Lots of these on this trail

The Pingding Canal Trail starts not far up the road from Shengren Waterfall on lane 370, Section 3 Zhishan Road. The S18 bus comes up here every 30-40 minutes but as a loop trail there's no need to use public transport if you're in an inconvenient part of Taipei. 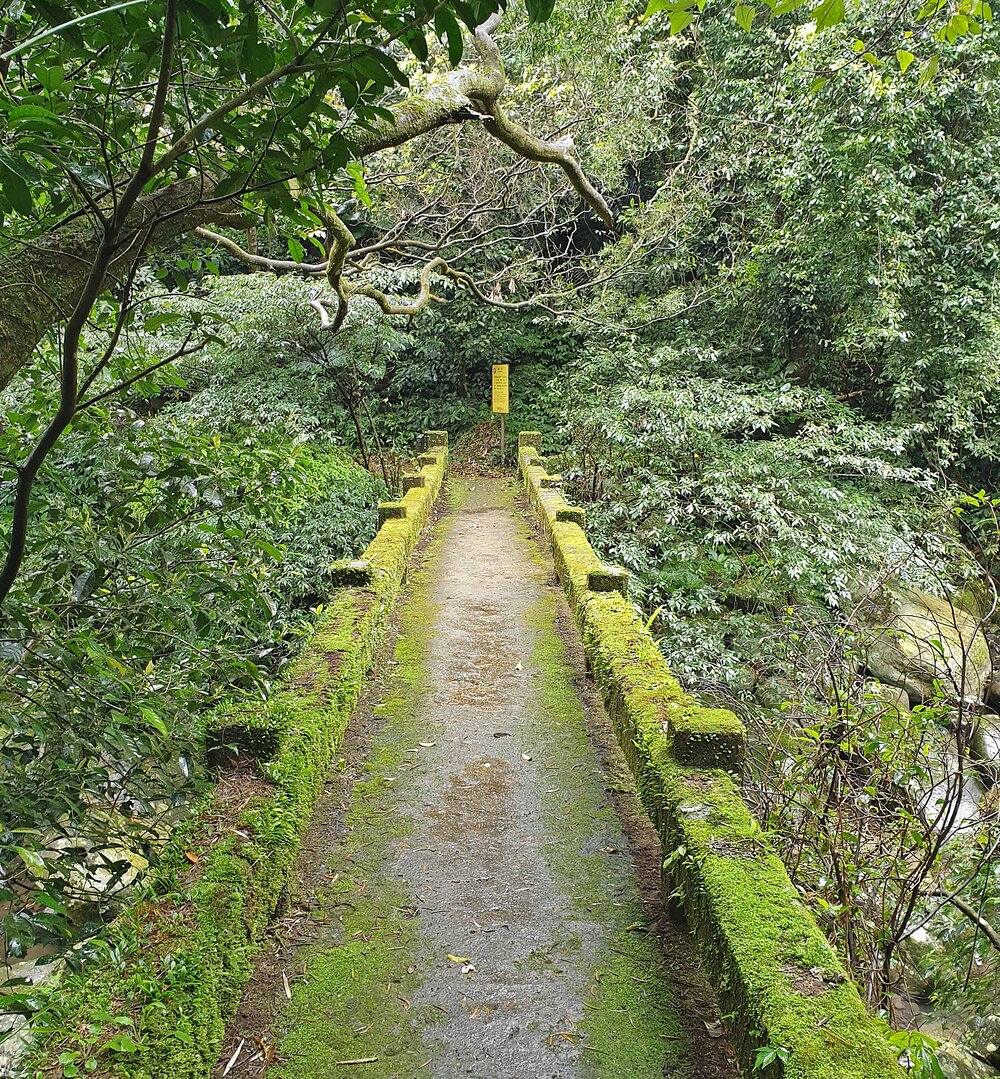 One of the bridges on the Neishuan Creek

The first part crosses the pretty Neishuan Creek and then climbs steeply to an intersection with another trail. At this junction take the downhill route on the left through thick fern forest. 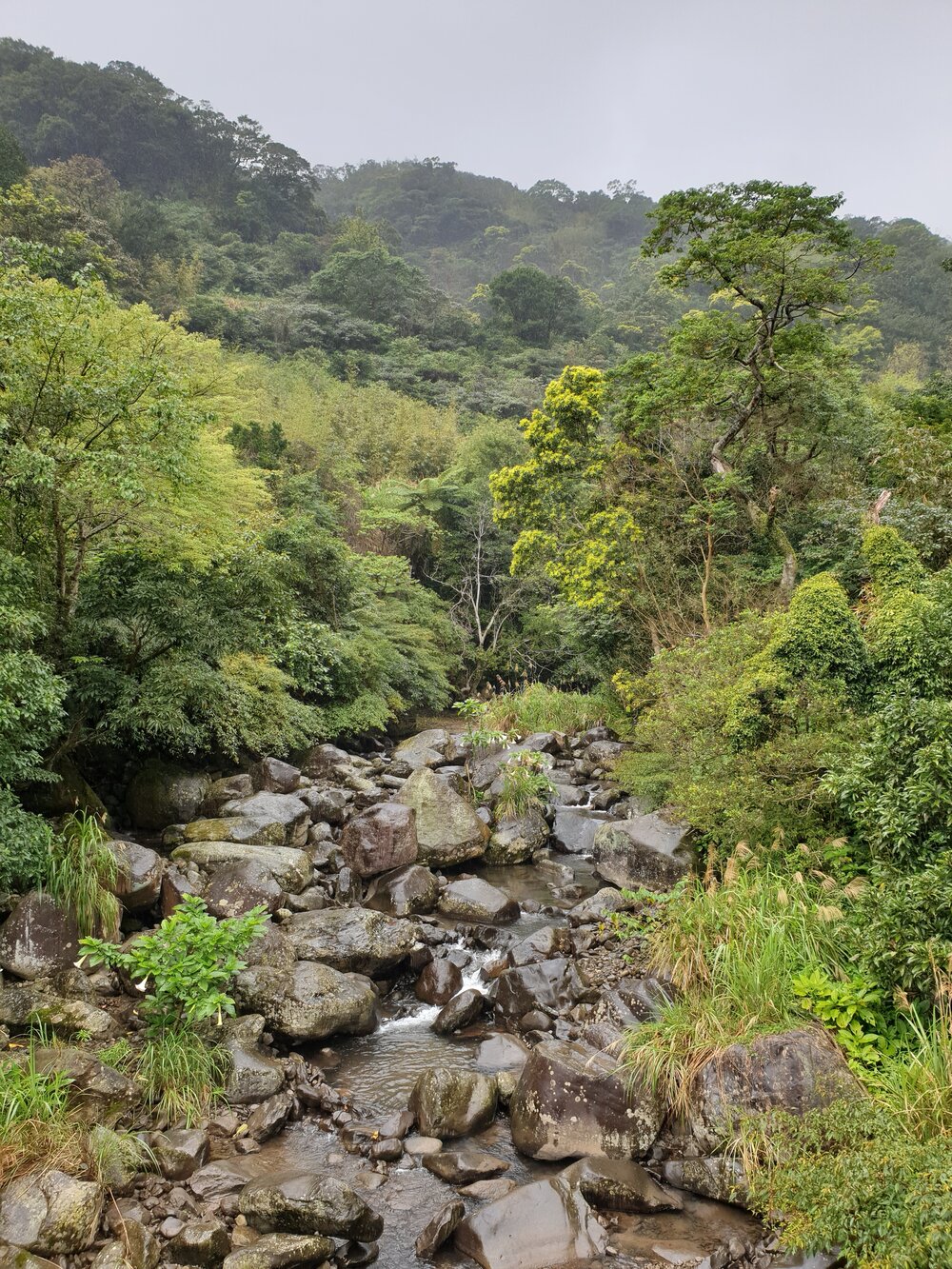 The path then heads straight up and over two century old irrigation canals before stopping and following a third. These three canals were built in 1834, 1849, and 1909 respectively and they are still used to bring water to surrounding farms and villages. Most channels from the Qing era like these were a collective effort by local residents rather than government constructions. 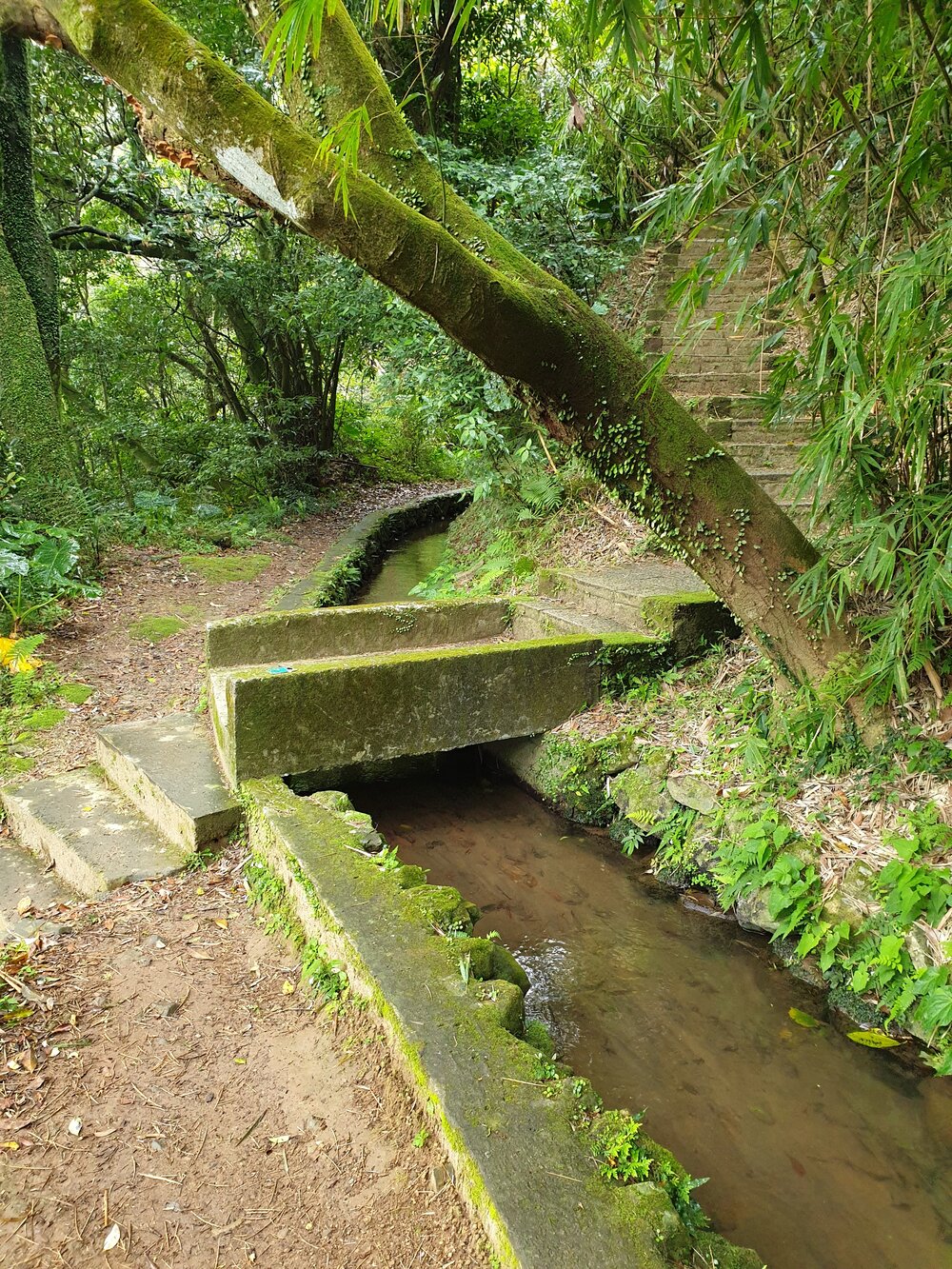 The path tracks alongside the topmost channel before the waterway dispersal into a tunnel. 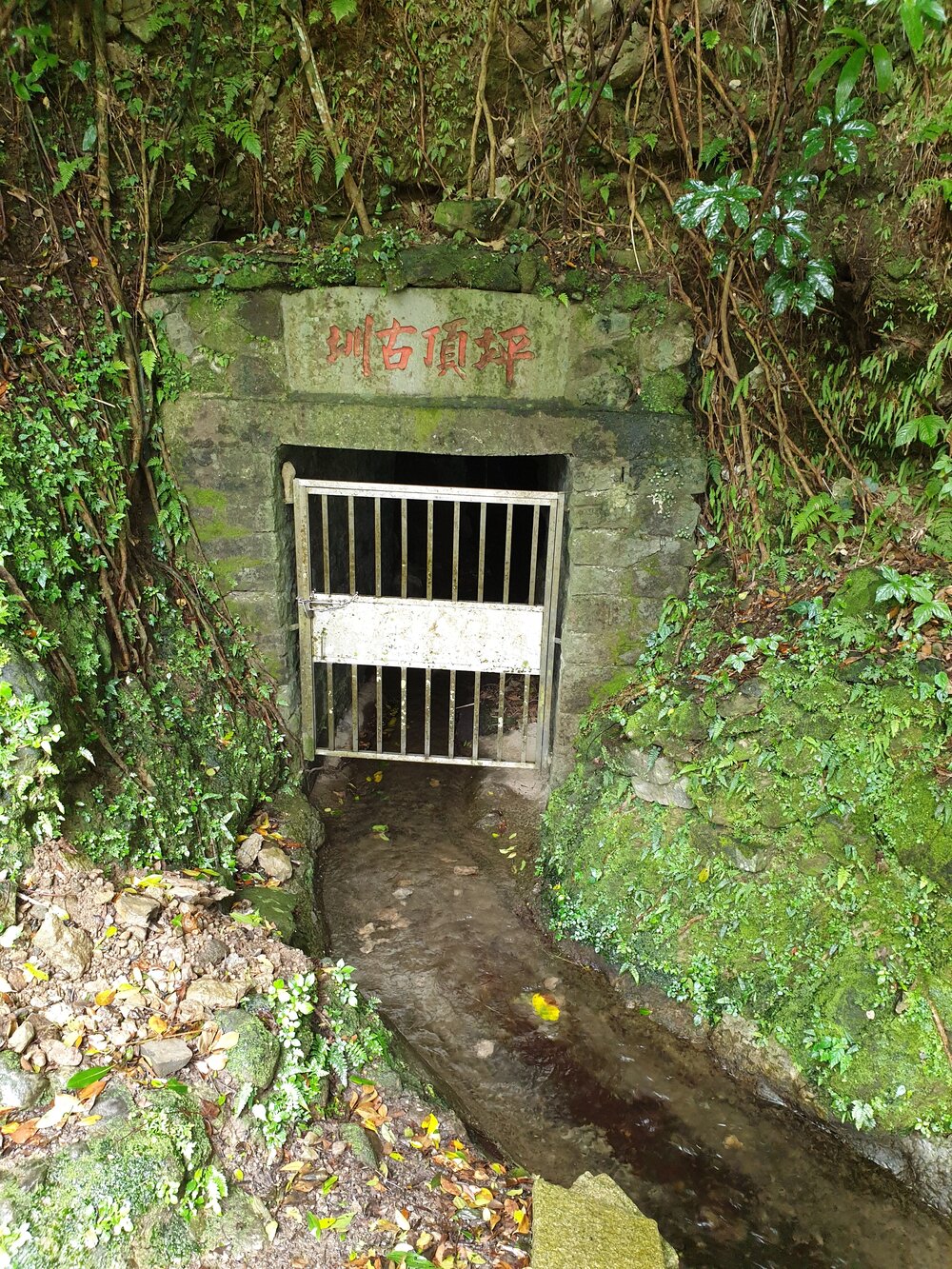 At the next junction there's a path down to Pingding Village where another bus (the S19) heads back to Taipei. To complete the loop though take the Daqitou Trail. This is almost entirely downhill. The first part is fairly uneventful but it then passes through a historic farm with some nice views of the surrounding valley. There's a “stately cherry tree” here though it wasn't blossoming when I passed. 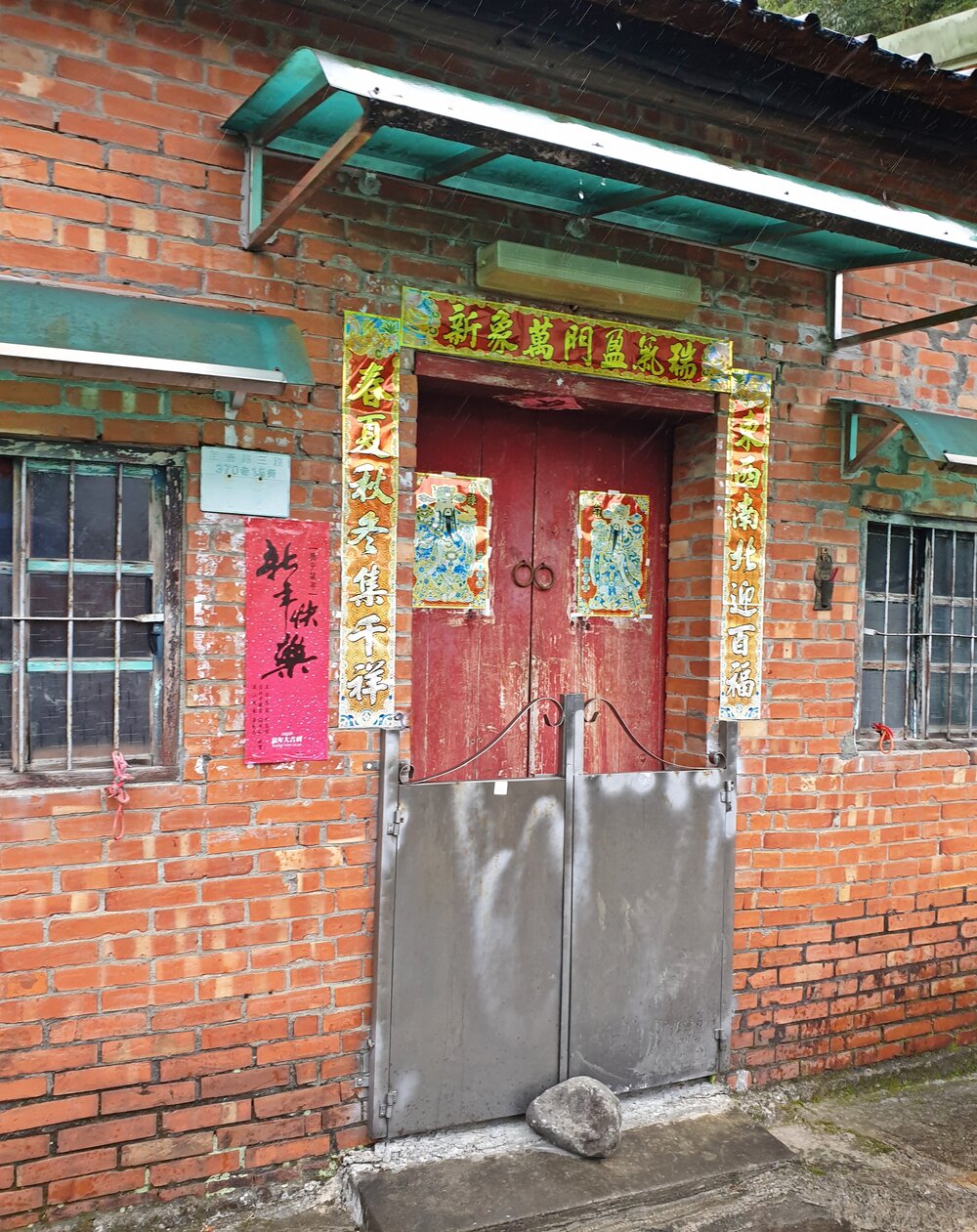 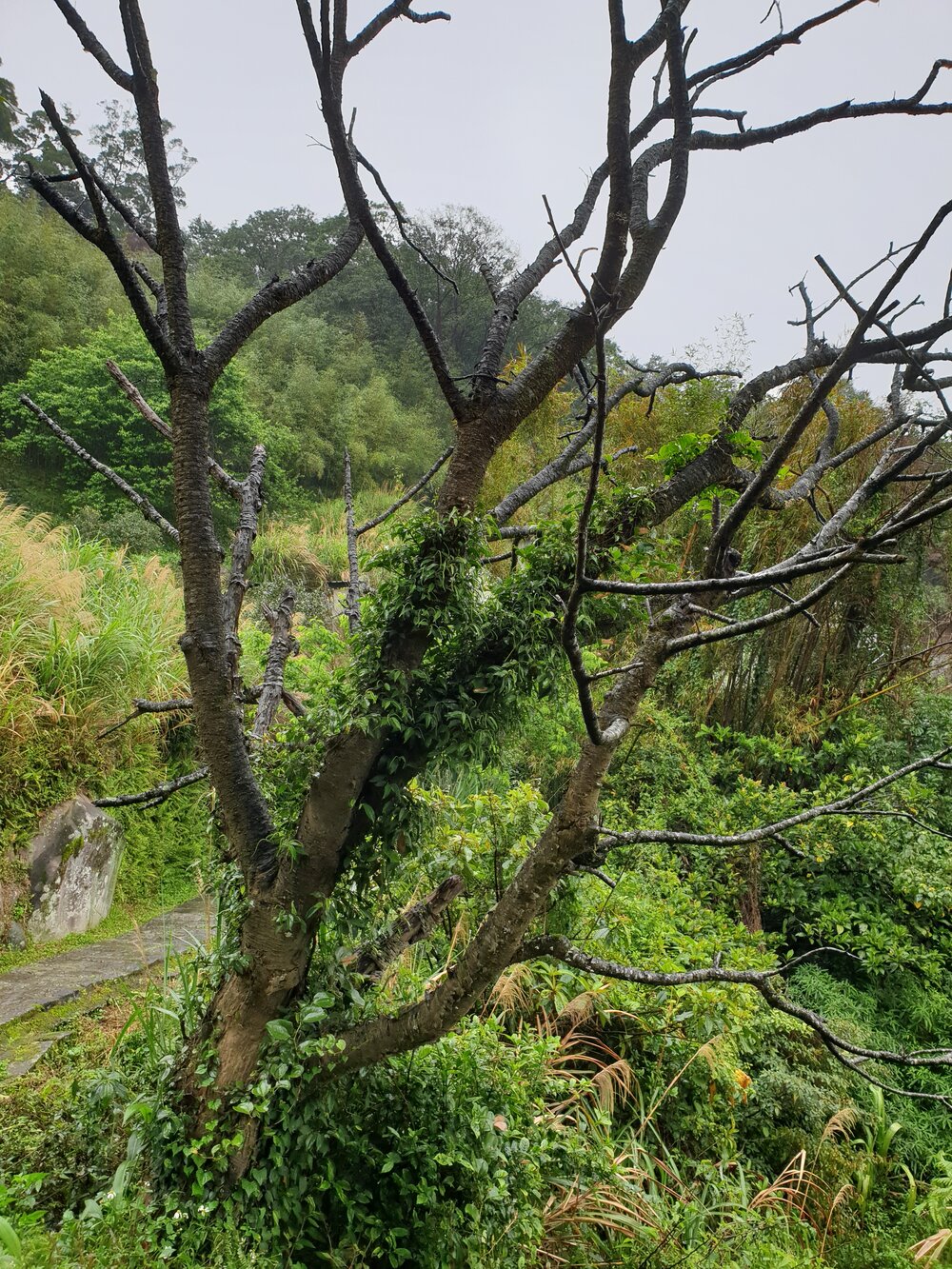 After descending through some terraced fields you'll be back on the road you started on, only 500m or so downhill from where you started.

Downhill a couple of hundred meters is Shengren Waterfall. This waterfall is a little disappointing however. It can only be viewed at a distance every since a bridge over the river was washed away. 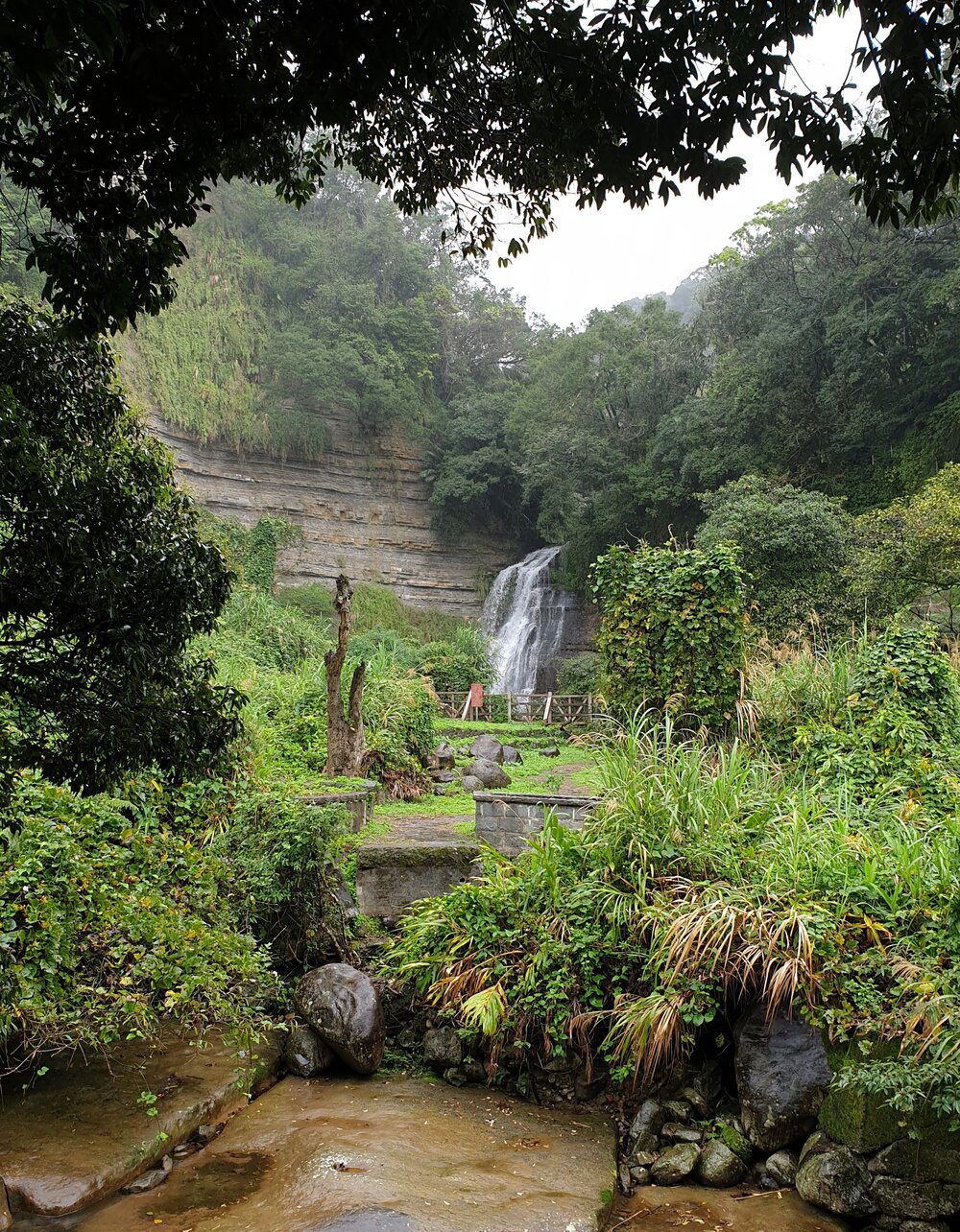 The adventures that make up these entries are often posted as Instagram stories at tomrookart first. So give that a follow too if you like as it can sometimes be a year or more before stuff turns up here. Locations are on the Hidden Taiwan Map. I keep this project free of intrusive ads but it does take up a fair bit of time. If you would like to support it please either buy some of my work here (use code hiddentaiwan for a discount). Or book through this link at My Taiwan Tour, who cover a huge range of places and experiences in Taiwan.