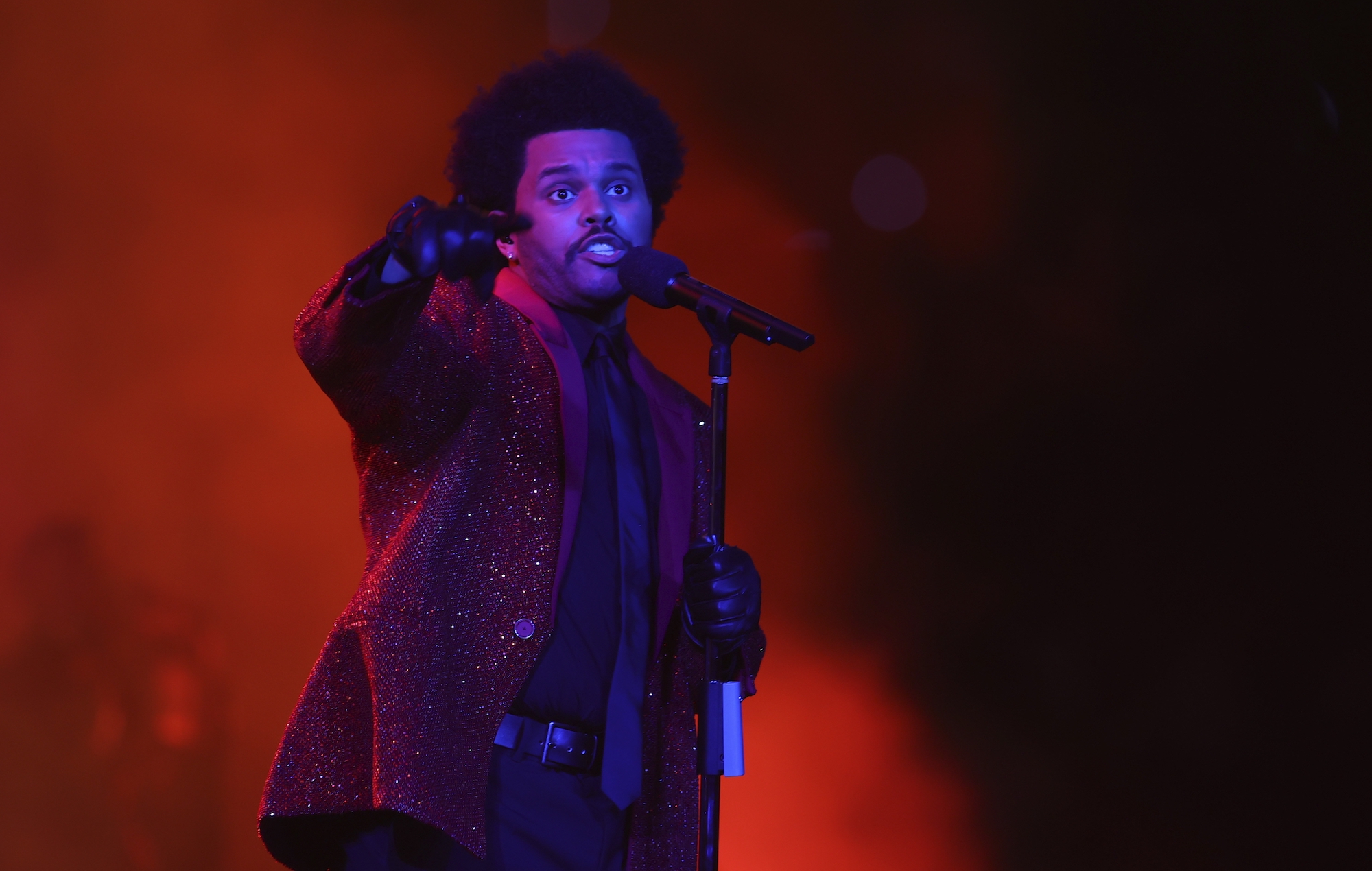 One moment from The Weeknd’s Super Bowl half-time performance has already been given the meme treatment.

The Canadian musician took on the prestigious show earlier tonight (February 7), playing in the break in the game between the Tampa Bay Buccaneers and the Kansas City Chiefs.

At one point during his performance, The Weeknd – real name Abel Tesfaye – entered into an area beneath the stage that been built in the stadium’s stands. There, in its golden, mirrored corridors, he performed his 2015 single ‘Can’t Feel My Face’.

While he was singing the song, Tesfaye had his face close up to the camera, giving it the effect of him filming himself – especially given his erratic movements. Viewers on the internet immediately began to use footage of the moment to make memes from.

“Me, drunk, FaceTiming my best friends,” one Twitter user captioned a clip of the performance.

“My friends looking for me after I black out and run away from them,” another added. See those and more The Weeknd memes below now.

My friends looking for me after I black out and run away from them #SuperBowl #TheWeeknd pic.twitter.com/bEtlj6AYN2

me running to take the chicken out the freezer when i hear my mom pull up #PepsiHalftime #TheWeeknd #SuperBowl pic.twitter.com/nDuBB1jDHY

Me when I lose my mom in the grocery store #SuperBowl #TheWeeknd pic.twitter.com/MvuJWXmVXa

what my phone and FBI agent sees when i’m going in on a song #PepsiHalftime #theweeknd pic.twitter.com/j9Lrv6ZIlf

When the edible kicks in #SuperBowl #TheWeeknd pic.twitter.com/K1684rYWWe

In a press conference days before the Super Bowl, Tesfaye promised he would keep his performance “PG”. “I definitely want to be respectful to the viewers at home,” he said.

“I will still incorporate some of the storyline  [of ‘After Hours’] – it’s a very cohesive story I’ve been telling throughout this era and this year. The story will continue but definitely will keep it PG for the families. I’ll try my best.”

Ahead of the half-time performance, H.E.R. helped kick off the game between the Buccaneers and the Chiefs. The musician performed the patriotic song ‘America The Beautiful’ from the stands, ahead of the game getting underway.