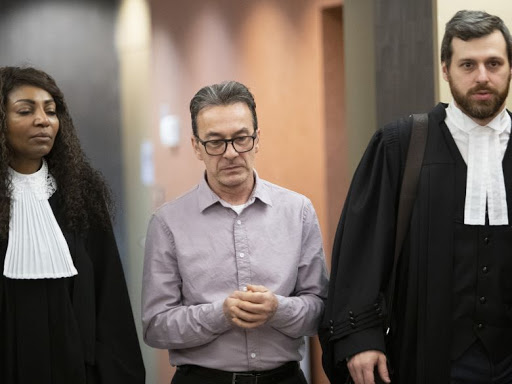 Quebec man found guilty of manslaughter in death of his wife. He said it was a "mercy killing."

Michel Cadotte, the Québec man who killed his wife, Jocelyne Lizette (60) by suffocation on February 20, 2017, was found guilty of manslaughter by a jury.

Cadotte, claimed that his wife wouldn't have wanted to live this way. Cadotte had asked for euthanasia for his wife and was turned down because she was not capable of making the request. CTV news reported:

The trial has heard that a year earlier Cadotte sought a medically assisted death for his wife of 19 years and was told by centre staff she didn't qualify. A head nurse at the Emilie Gamelin long-term care facility testified Cadotte admitted to her she suffocated his wife.

Nicolas Welt, the lawyer for Cadotte, argued that his client was not criminally responsible because of his state of mind at the time of the murder.

The National Post stated that the media framed the case as a "compassionate killing." and reported that Justice Helene Di Salvo charged the jury with determining whether Cadotte was to be convicted of second-degree murder or manslaughter. The National Post reported:

Cadotte’s lawyers had argued, without the jury present, that an acquittal should be possible, but the judge ruled it wasn’t an option.

The accused had admitted to killing Lizotte and the legal criteria had not been met for acquittal, Di Salvo ruled. In her final instructions, she told the jurors they should not take into account the potential sentence, because sentencing is the judge’s responsibility.

I agree with how the judge ruled and the decision of the Jury, but I expect that this court decision will be appealed.
Source: alexschadenberg

Quebec man found guilty of manslaughter in death of his wife. He said it was a "mercy killing."