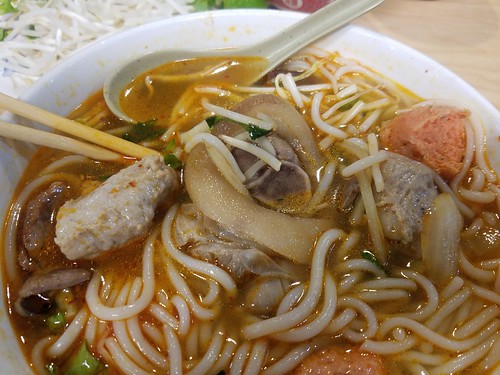 A few weeks ago, we tried coming here to try their version of crab soup...and found this sign: 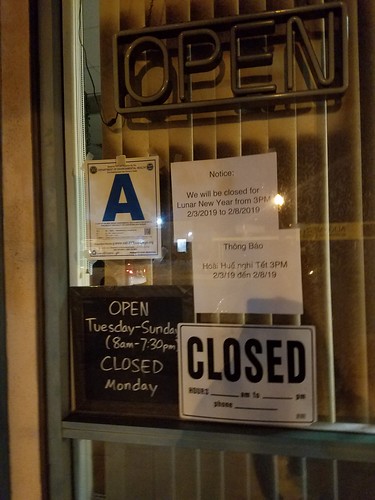 Dammit!So we ended going to Saigon that night, but ended up here a few days later...
This is the building Hoai Hue is located. There is parking inside. The restaurant faces outwards to El Cajon Blvd. 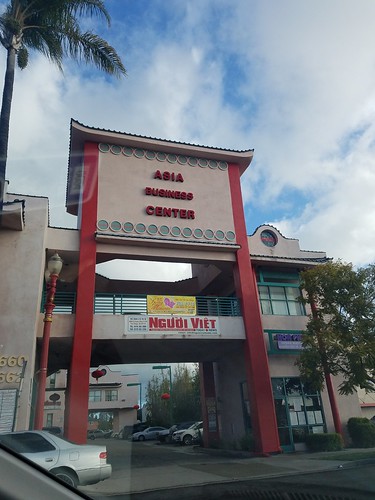 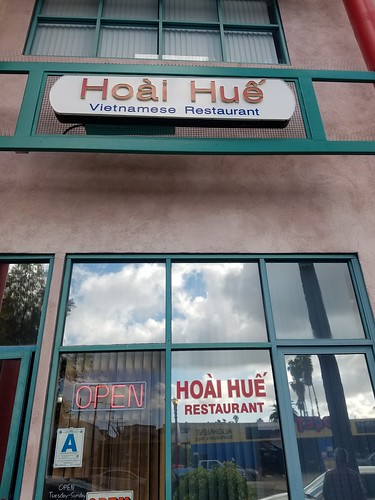 The walls are covered with fake greenery (as well as the pillars), random flower arrangements and paintings of women in traditional Vietnamese outfits... 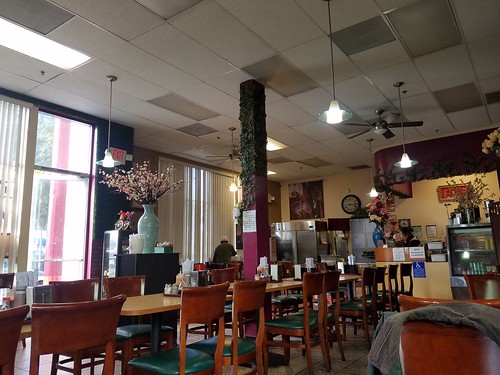 It pretty early in the morning (they opened at 8 am). No one there yet but it was getting full by the time we left.

Their condiments - one of them with  ominous "do not open" and "smelly shrimp" labels - this was their fermented shrimp paste. 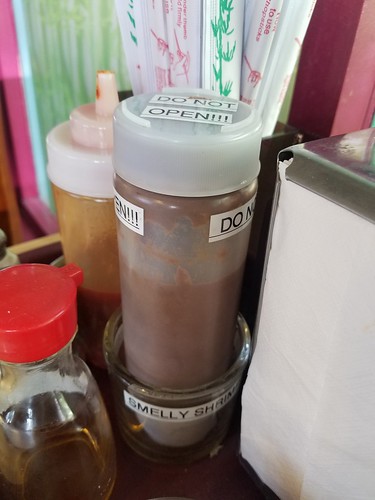 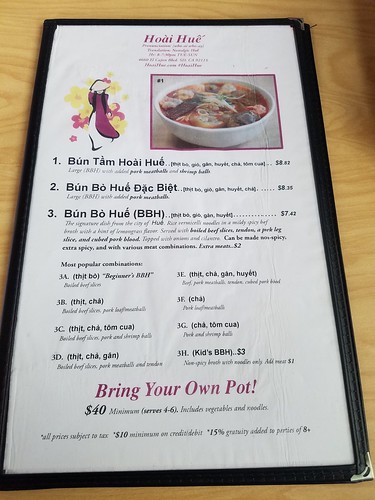 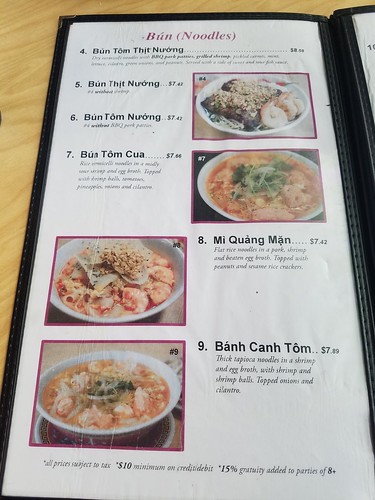 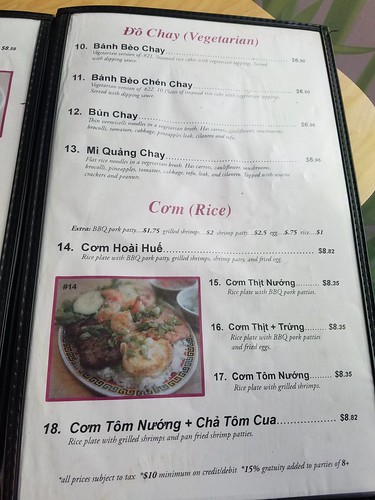 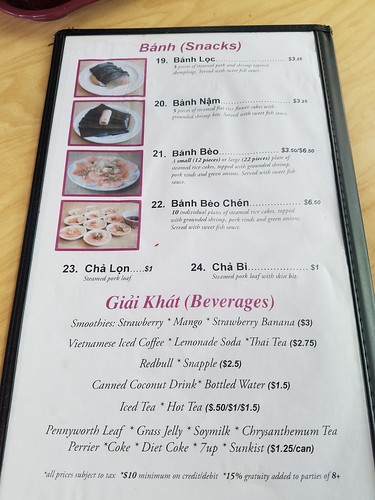 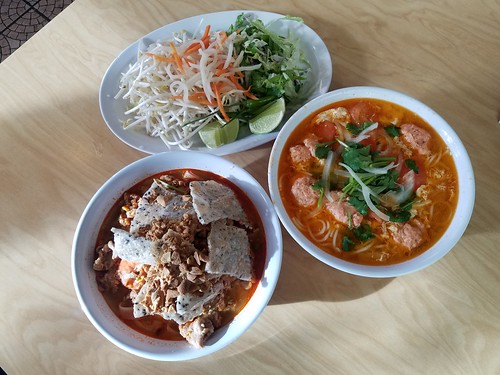 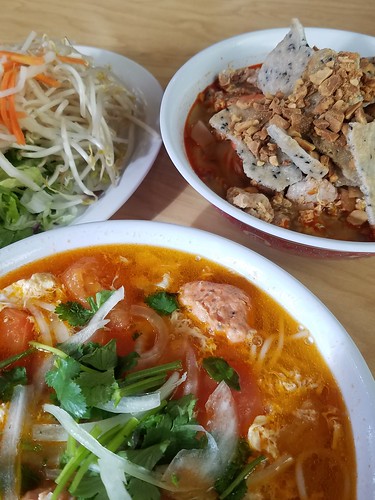 His mi quang which had a lot of broth (better than the version from Mien Trung Mi Quang down the street).  I have to say though that this version wasn't as good as Mien Trung's.  The noodles here were a bit bland, and the rice cracker not as fresh as it could be. The broth was okay as well, but we've had more flavorful broth. 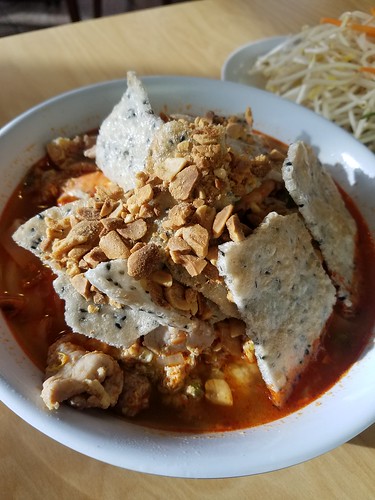 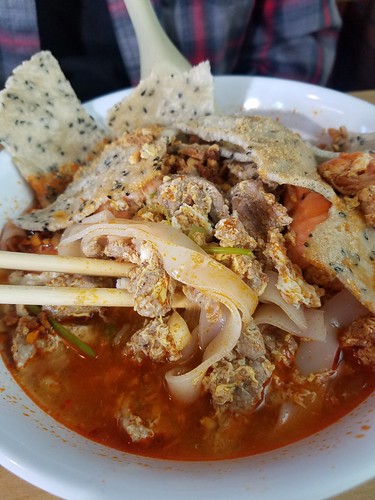 I was looking for bun rieu and couldn't find it (I had skimmed an older post of Kirk's where I remembered him mentioning 'crab cake'; it turned out to be the #1 soup...more on this later), so I ordered the banh tom cua, a type of sour soup with pineapple and tomatoes with shrimp balls and a thicker vermicelli noodle.  I hadn't tried this before and ended up really liking this very much. 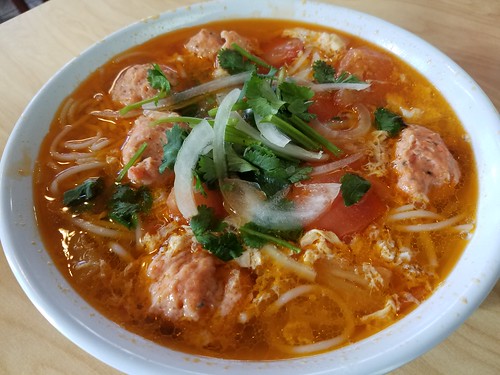 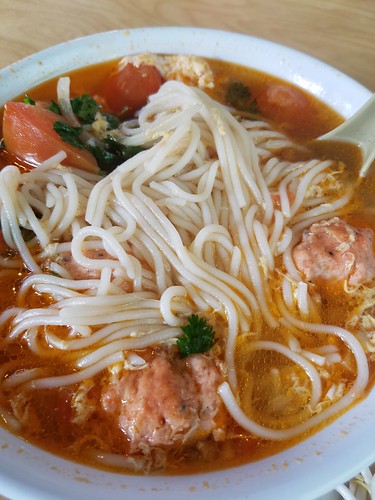 Lunar New Year banners were still up inside the center. 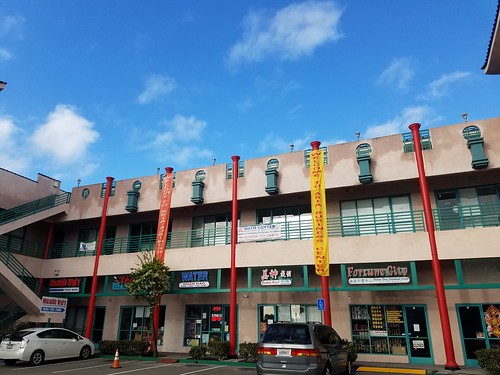 On a more recent visit, we arrived at 6:45 pm, knowing the restaurant would be closing by 7:30 pm. 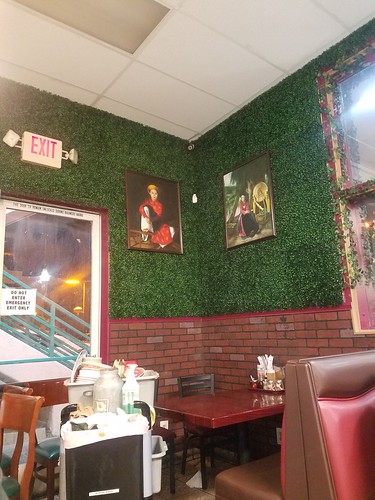 Bert ordered the #16 - Com Thit + Trung (rice with pork patties and fried egg) while I had the #1 soup, the Bun Tam Hoai Hue. This was the soup I remembered from Kirk's old post from 2016. It is basically bun bo hue but with crab and pork balls. Our breakfast below: 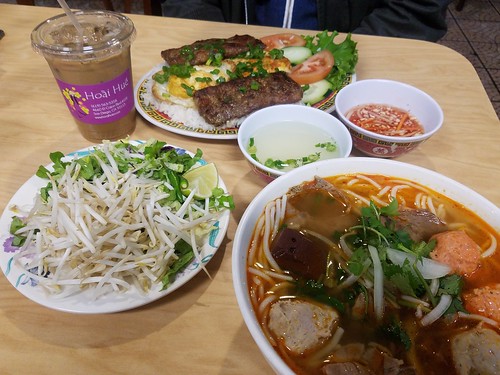 Those pork patties were so delicious! I would like to have this next visit...The portion was pretty generous as well I also liked how they fried their eggs here. It's like how my mom wold have done it with the brown edges. His plate came with a mostly flavorless broth (sorry, it was) and a soicy sauce t either pour on your food or dip it with. 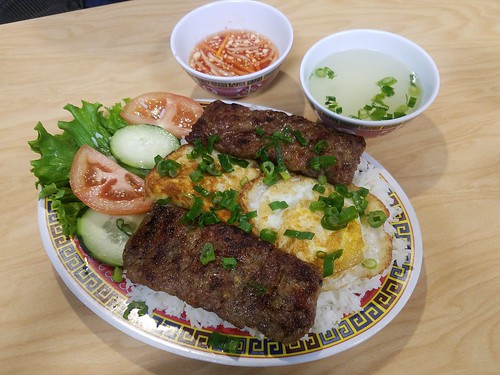 My soup had those same thicker vermicelli noodles, slices of beef, pork and crab balls, a blood cube, one piece of tendon and a pork hock. 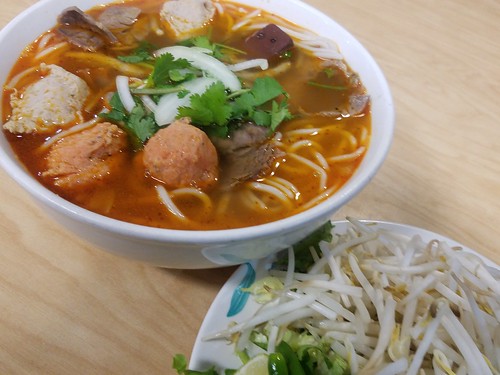 I haven't had a pork hock in years (my dad would make these soul food style with black eyed peas; US Navy cook with black friends). I liked gnawing for the meat, ha ha. I had to put aside the fatty layer though. I also skipped out on eating the tendon piece. It's a textural thing for me. For the ballz, I liked the crab better followed by the pork.  The broth was flavorful and I liked adding the vegetable garnishes to my soup. I could only manage half and brought the rest home to enjoy for the next day.

Those ball things have a wierd spongy texture. Not something I'm used to eating, as a Filipino, our foods are a bit different. But I don't dislike them. It's just a new flavor and texture sensation for me.
Who else went to Hoai Hue?

Please check out Kirk's most recent review:
January2019 (please make sure to click on his links for his previous visits)