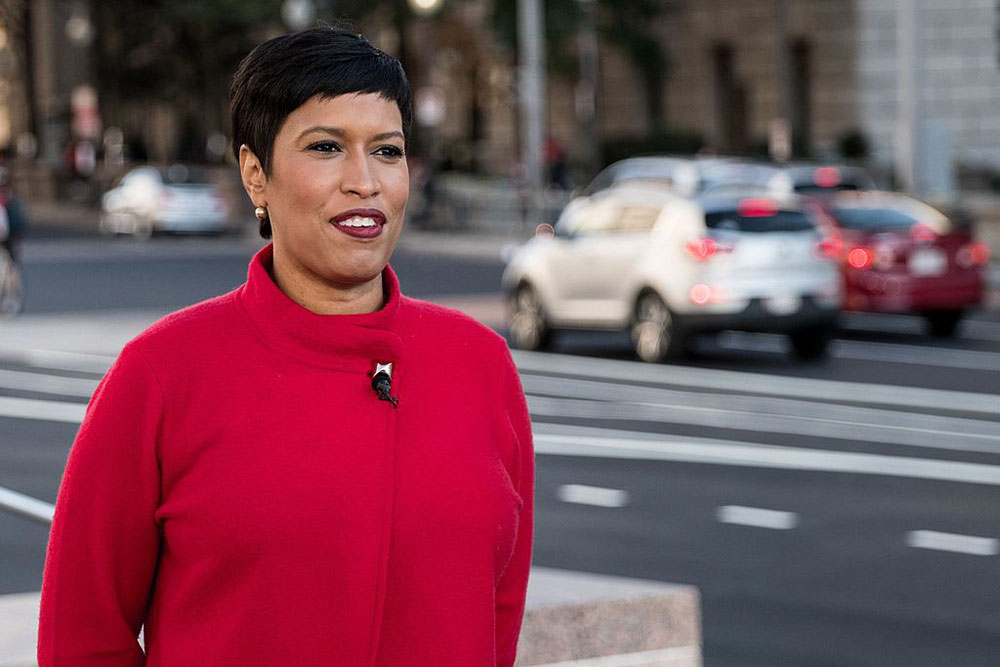 While Congress Sleeps, Washington, DC Issues $1,200 Checks to Its Unemployed

Yesterday, Muriel Bowser, the Democratic mayor of Washington, announced that the District of Columbia government will offer a single $1,200 stimulus payment to residents who are receiving Pandemic Unemployment Assistance (PUA). This, she indicates, will provide immediate temporary relief, as federal benefits are set to expire at month’s end.

“We estimate we can reach about 20,000 Washingtonians with these payments,” Bowser says. The move, which will cost about $24 million, is meant both to provide needed aid and pressure Congress to pass long-stalled stimulus legislation. As NPQ has noted, federal legislation is desperately needed to keep millions of Americans in their homes and fed.

The District’s action, to be sure, is an audacious one. Once, the nation’s capital was among the poorest of US cities. In 1995, the city’s finances were so bad that Congress imposed a financial control board. But this is no longer the case, as was demonstrated two years ago, when the federal government shut down for 35 days in December 2018 and January 2019, but the District kept running regardless, relying on its own reserves to cover expenses even as federal revenues had been suspended.

The District’s one-time payments to unemployed residents are designed to help those whose unemployment benefits are set to expire on December 31st, such as gig economy workers, contractors, and self-employed residents. Those who filed for PUA by November 30 are eligible for the District stimulus payment.

Not all of the unemployed will get covered by the District benefit, however. Nearly 76,000 people in the nation’s capital are currently at risk of losing their unemployment insurance benefits; 39,004 are slated to lose PUA benefits by the end of the year, of whom about half would get the $1,200 check. According to Washington Post reporter Julie Zauzmer, a resident has to both live and work in the District to qualify for the benefit. (Many District residents work in neighborhood Maryland or Virginia.)

Another 36,929 are slated to lose PEUC benefits at the end of the year. PEUC stands for Pandemic Emergency Unemployment Compensation and goes to the long-term unemployed—that is, folks who were regular workers but who have been unemployed more than 26 weeks. The CARES Act extended benefits for these workers an additional 13 weeks.

It is worth remembering that these District of Columbia residents form part of a larger whole. Nationwide, more than 12 million people will lose unemployment insurance benefits at year’s end, unless Congress votes this month to extend CARES Act protections.

Despite its limitations, the District benefit is greater than that offered by other cities (which, of course, have typically offered zero). The aid comes two days after the mayor’s office sent a letter to President-elect Joe Biden that outlined some of the many challenges the District faces. In the letter, Bowser argued that the District was shortchanged in its CARES Act funding because it lacks statehood status.

According to Bowser’s letter, if the nation’s capital were to receive no more funding than the least populous state, it would have received an additional $775 million in CARES support. The District of Columbia currently has an estimated population of 705,749 residents. The least populous state, which is Wyoming, is home to an estimated 578,759 residents—or about 127,000 fewer people than Washington, DC.

Bowser points out in her letter that unemployment benefits have been critical to ensuring thousands of families within the District have been able to make ends meet during the pandemic. Bowser adds that, “These losses in benefits will prove disastrous not only for the recipients, but the essential businesses these families frequent.”—Steve Dubb

While Congress Sleeps, Washington, DC Issues $1,200 Checks to Its Unemployed