Chloe Savage built her life around her work. She trained for seven years, mastering her embroidery skills first at the Royal School of Needlework in Surrey, U.K., and then at Paris’s prestigious École Lesage art school. Her skill and mastery was recognized at the highest level: it’s hard to imagine a bigger honour than being part of a team who worked on embroidery for both Kate Middleton and Meghan Markle’s wedding dresses.

But the pandemic has halted just about all of the embroidery work Savage has been doing. The sudden, unexpected loss of income was devastating, especially because she’s a single mom to an eight-year-old son and a 14-year-old daughter, as well as an adult son. For the first time, she’s having trouble paying her bills.

“The stress has been incredible,” Savage told HuffPost Canada. “It’s made me ill.” She’s constantly battling ear infections and low-level bugs, and she doesn’t sleep well: “It’s more passing out, then being awake at 2 a.m. worrying.” She spends a lot of time every day trying not to cry.

Savage has gotten help from her parents — her dad sold his beloved vintage car to help her out. But she’s worried she won’t be able to make rent and will have to relocate to a homeless shelter with her kids.

Savage is worried about the toll the family’s situation is taking on her daughter, who’s skipping meals as a way to try to help her mother. “It’s heartbreaking to see your child trying to support you,” she said. “She shouldn’t have to worry like this. Her GCSEs [exams taken by British teens] are all she should be worried about.”

She’s relieved that her daughter has been able to get help through Child Mental Health Services, which offers youth in the U.K. care for emotional, behavioural or mental health problems.

Working as an embroiderer means always looking for the next contract. In early 2020, her contracts started drying up. Out of necessity, she closed the small studio she’s had for 10 years. She was able to get a government loan, but most of that went towards buying herself out of the studio space and paying bills. She’s one of thousands of small-business owners and self-employed people who don’t qualify for U.K. financial assistance, the Sunday Times reported.

Savage only has fond memories of the high-profile projects she’s worked on. She’s embroidered robes and other bulk items for the “Harry Potter” movie franchise, some bead work in its spinoff “Fantastic Beasts and Where to Find Them,” and banners and uniforms for Netflix’s 2018 medieval drama “Outlaw King” starring Chris Pine. She’s also worked for couture lines like Balenciaga and Victoria Beckham. It’s fun to see the projects she’s spend so much time and energy on in such a public platform, Savage said: “It gives you an incredible satisfaction to see your work loved by others.” 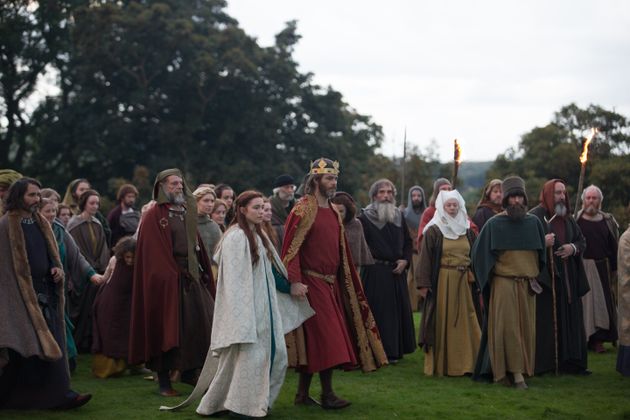 But probably her biggest claim to fame is probably working on both of the last decade’s biggest royal weddings. She was one of a team of 20 embroiderers contacted to work on applying appliquéd lace to the Alexander McQueen wedding dress that Kate Middleton would wear at her 2011 wedding to Prince William. The lace was made separately, then sewn onto the dress using thousands of tiny stitches, Savage told the Sunday Times.

She also worked on Kate’s shoes and garter. Her biggest concern was making sure she didn’t prick her finger and accidentally bleed on the dress.

“If you pricked your finger, you had to move it away as quickly as possible, because blood on white does not come out easily,” she said.

Savage met Kate a few times. She was “lovely,” Savage told People. “She was excited about the dress, nervous about the day, questioning what we were doing ... all that sort of stuff.”

She didn’t get to meet Meghan Markle when she worked on Meghan’s veil for her 2018 wedding to Prince Harry, because she was out of the office the day Meghan visited. But she did work on Meghan’s stunning 16-ft. veil, which was embroidered with flowers for each of the 53 Commonwealth countries as well as a California poppy. Workers had to wash their hands every 30 minutes to make sure it stayed immaculate.

Savage had to sign the Official Secrets Act before agreeing to work on either of the royal wedding gowns, promising not to breathe a single detail to anyone. 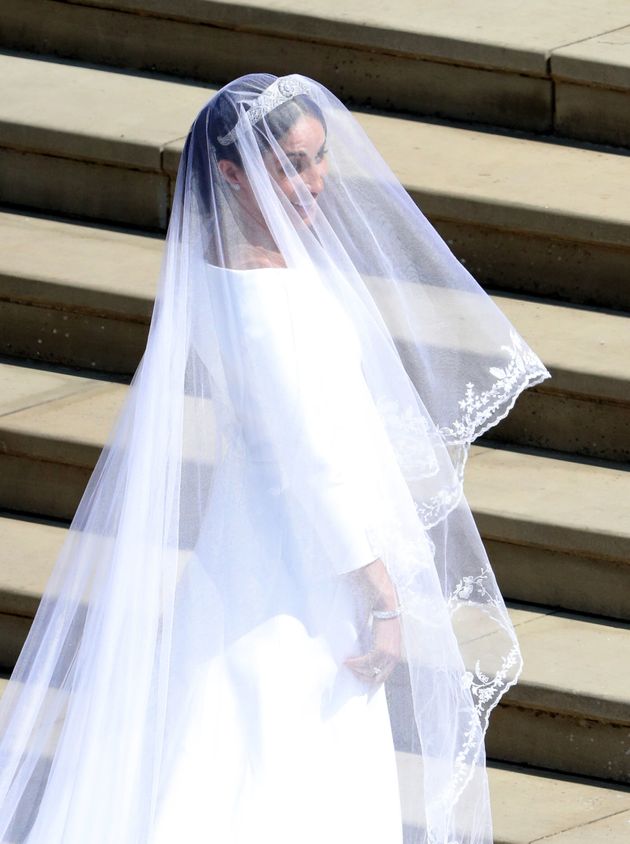 Savage doesn’t begrudge any of the high-profile, deep-pocketed clients who have worked with her, but she said she would appreciate it if people with big platforms to “shout about the work we have done for them.”

Many other people she knows are in similar situations, she said. It’s hard “watching other businesses go into liquidation, artists struggling to pay bills, trying to find alternative work ([when] business just isn’t taking on staff), trying to adapt their businesses with no funds to do so, just to survive.”

For now, Savage is doing her best to work out of her mother’s garage and sell embroidery kits online. A friend is going to help her with video editing, so that she can teach online classes. Since going public about her struggles, she’s gotten a lot of messages from many people who want to learn to sew, or who are glad she’s keeping the skill alive.

“The ones that resonate most come from those whose grandparents and parents taught them to sew and embroider,” she said. “I love to hear of these key skills still being passed down the generations.”

A friend set up a GoFundMe page, which Savage said left her “absolutely gobsmacked” and helped alleviate a little bit of the pressure her family is experiencing. She’s also hoping to get a new contract on an upcoming HBO show.

But while donations are appreciated, they’re not even close to enough, Savage said. She hopes the government will change its approach to small businesses. “We will be key in the recovery of the economy, but only if we exist.”