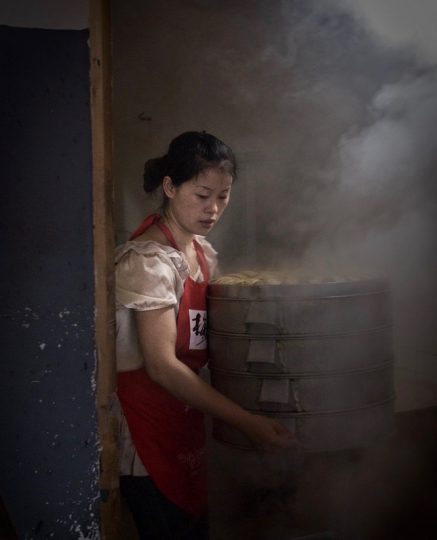 The contradictions of Africa-China in Guangzhou

The reality for Africans living in China's 'African City' contrast greatly with the way their governments and China's leaders interact.

Guangzhou, in Southern China, hosts the largest community in China of people from the African continent. Migrants from Sub-Saharan Africa, collectively referred to as “Africans in Guangzhou,” have been attracting attention due to their “visibility,” and the “exoticism” they bring to the city relative to the rest of the country. Their presence creates a sort of contact zone; a manifestation of the much-talked-about Afro-Chinese modern encounter.

For would be migrants, the idea of a thriving economy, cheap consumer goods, and a vast market lead many to perceive it as newfound destination full of opportunities and expectations. So, those with sufficient financial means seek out established networks of (oft-legally dubious) migration agents and other contacts. The problem, however, is that China is not really an immigration country, and upon arrival, these dreams are tested against an unavoidable harsh reality. The 2016 documentary film, “Guangzhou Dream Factory,” sums this situation up neatly.

Also emblematic is the experience of one of my informants in the city. Richard, 29, is a Guinea-born Togolese who gave up his university education more than two years ago to venture to China. As the first born, he decided it was time he “took charge” of the expanding family. To do so, he needed to “achieve something.” After trying and failing elsewhere many times, China came calling. In searching for a way, he found a network that arranged a tourist visa and a guaranteed job in a-textile-company in Guangzhou for him. He would work there for as long as he wished, save some money, get to know the business environment, and eventually start his own. With all these attractive promises Richard did not hesitate in spending what little he had been saving to pay for the “formalities” to get to China.

Once in Guangzhou, however, Richard would find no one as a contact-point. Naturally, optimism gave way to mounting doubts, hope to despair, and confidence to helplessness: “I found myself stuck here (in Guangzhou) as I couldn’t even earn enough to go back home. It wasn’t a matter of choice, but a lack of possibilities. All my big plans and big dreams had to vanish into the thin air. Coming to China became a one way entry with no exit.” After staying illegally in the city and hiding from the police for about half of a year, Richard managed (with a combination of good luck and diligence) to find an exit. He would eventually secure a short-term work-visa.

Many migrants have had similar experiences to Richard’s, but are determined to stay in the country at whatever cost. This means overstaying their visas and becoming illegal residents for some time before either being caught by the police or managing to attain a new visa. They learn risky tricks from one another to get by. Yet, having a valid visa does not necessarily mean the end of their struggles. In addition to the day-to-day challenges interacting with the locals—negative stereotypes, blatant discrimination, and both subtle and overt racism—they are constantly confronted with institutional hurdles such as police harassment, visa renewal bureaucracy, and more.

On Sanyuanli Avenue in Guangzhou sits the famous African Pot Restaurant, a popular place for many “Africans in Guangzhou.” It is owned by a Ghanaian man and his Chinese wife. A narrow and steep corridor leads to the entrance-door and into the dining hall, which is usually full with a mixture of African and Chinese customers. There are several things that capture one’s attention as one walks in. First, a display of flags for each of the African countries as decorative symbolism, a sense of home in a distant land. Also, clearly visible from the entrance, is a warning in English and Chinese of the severe consequences of drug-dealing in China. And finally, all the employees, including the chef, are Chinese—a signal of how difficult it is for “Africans in Guangzhou” to achieve long-term legal status.

Indeed, there is no doubt that China is amongst the countries with the toughest and most restrictive immigration policies. Yet there is also little doubt that these policies disproportionately affect immigrants from African countries, creating a discrepancy between an “anti-African immigrant campaign” at the personal and local levels and a “pro-African political” discourse at the national and international levels.

So what do these issues say about the broader Afro-Chinese relations? Indeed, a lot. They say a lot about the unbalance and asymmetric nature of relations between one country and an entire continent. It is intriguing for example that of the 53 countries benefiting from China’s new 72 hours and 144 hours visa-free-transit policies, none of Africa’s over 50 countries qualify. And although such policies may be of less significance to the daily struggles of people like Richard, it would surely help minimize the sense of preferential treatment given to non-African foreigners in China.

Therefore, the challenge ahead for China-Africa relations lies in finding sound and mutually beneficial solutions to people’s mobility across both regions. There is a mutually shared feeling that we are here because they are there, and as long as that government level policy persists, the presence in China of people from African countries is unlikely to subside. Instead, harsh treatment of migrants from Africa will only reinforce the growing dilemma between the boosted “China-Africa friendship” and historical solidarity at state and global levels and the persistent structural and institutionalized discriminations at individual and local levels.

The contradictions of Africa-China in Guangzhou