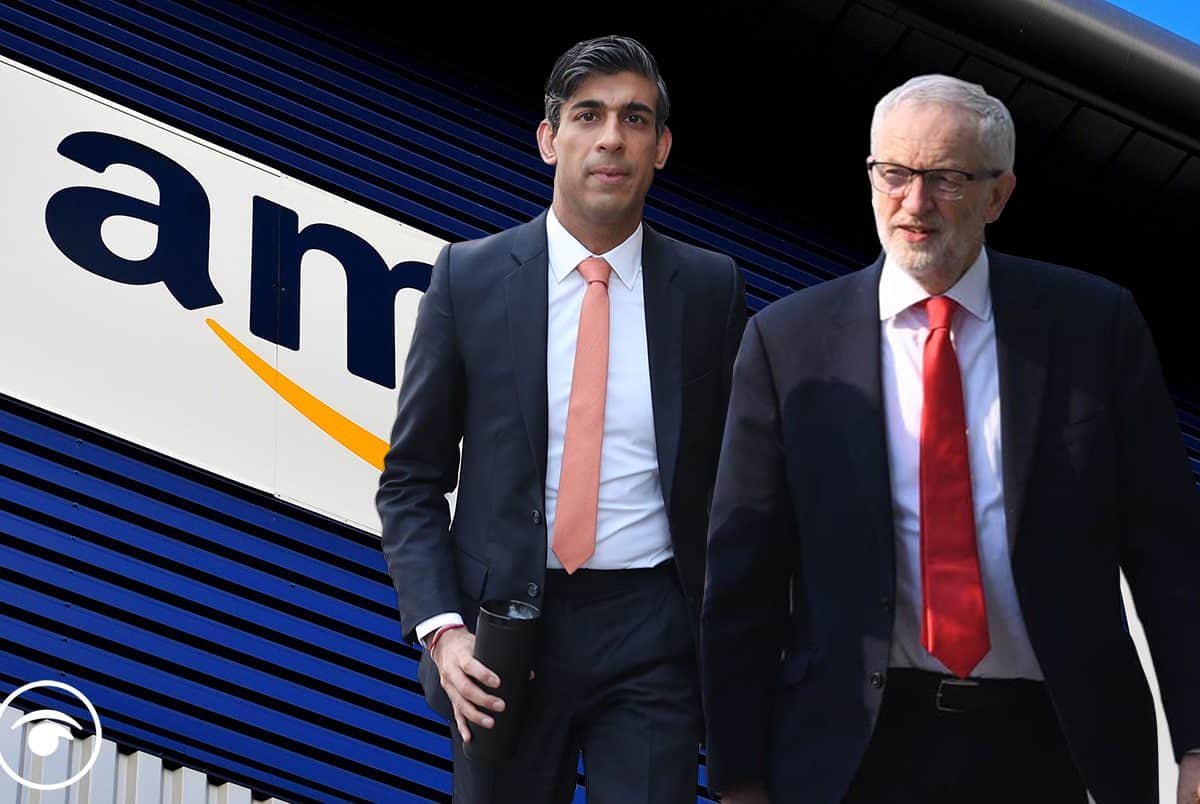 Amazon and other internet retail giants could be hit with an online sales tax in a move designed to claw back money the UK owes after heavy borrowing during the pandemic.

Treasury sources confirmed Chancellor Rishi Sunak is considering targeting companies that have done well out of the pandemic in order to pay back UK Government debts incurred while supporting industries through the coronavirus crisis.

The move is being considered as part of a review into business rates following a consultation last year.

Amazon sales in the UK soared by 51 per cent to almost £20 billion last year as lockdown restrictions buoyed the e-commerce giant, with people forced to buy online due to Covid restrictions.

Delivery firms such as Deliveroo and online retailer Asos were also among those to see profits spike during the lockdowns of the past 12 months.

The Sunday Times reported that leaked emails showed Treasury officials had summoned tech firms and retailers to a meeting this month to discuss how an online sales tax could work.

The move could be part of a double raid on Amazon as the paper said that Downing Street officials were working up proposals for an “excessive profits tax” on companies that have seen profits surge as a result of the crisis.

A Treasury spokesman said: “We want to see thriving high streets, which is why we’ve spent tens of billions of pounds supporting shops throughout the pandemic and are supporting town centres through the changes online shopping brings.

“Our business rates review call for evidence included questions on whether we should shift the balance between online and physical shops by introducing an online sales tax. We’re considering responses now.”

Altus said, when looking across Amazon’s entire UK estate – including warehouses, offices and its pick-up and drop-off lockers – its overall business rates liabilities were estimated to amount to around £71.5 million at the start of the 2020/21 financial year.

In comparison, before the onset of the pandemic, the Centre for Retail Research said high street retailers paid around 2.3% of annual retail sales in business rates.

But Helen Dickinson, chief-executive of the British Retail Consortium, said ministers had to be careful not to hinder the ability for businesses to recover from the epidemic.

“The key to reviving our high streets is fundamental reform of the business rates system and we oppose any new taxes that increase the cost burden on the industry which is already too high,” she said.

“Economic recovery after Covid will be powered by consumer demand – the Chancellor should ensure he doesn’t introduce any new taxes that stifle this.”

Former minister Tobias Ellwood has urged the Government to make Amazon and other internet corporations “pay their fair share”.

In an article for the Mail On Sunday, the Commons Defence Committee chairman said high streets were being “emptied of shops” as Amazon paid “derisory amounts of tax and whose physical presence is merely a few giant warehouse hubs”.

My article today: Mail on Sunday:

But it’s his break up of powerful monopolies of the day that we can learn from. pic.twitter.com/GfkErwfZ4Z

He added: “The task may be daunting. But what better time than now, when governments seek ways to repair the huge economic damage caused by coronavirus?”

Amazon said it would not comment on the online sales tax reports.

A spokesman instead highlighted its investment into the UK, saying: “Last year we created 10,000 new jobs and last week we announced 1,000 new apprenticeships.

“This continued investment helped contribute to a total tax contribution of £1.1 billion during 2019 – £293 million in direct taxes and £854 million in indirect taxes.”

Mr Sunak is not expected to propose a so-called “Amazon tax” at his Budget on March 3.

In 2019 Jeremy Corbyn pledged to stop multinational companies offshoring their tax bills to regions with “lower tax regimes” through measures designed to force them to pay their fair share on all operations in the UK.

The former Labour leader gave his warning on Saturday as he met with workers at an Amazon depot in Sheffield.

Funds raised from the measures would have contributed £6.3 billion to the exchequer in 2024 and enable the party to meet its manifesto pledge of nationalising key utilities in a “green industrial revolution”.

Related: Brexit: Over £5.7 million paid in rent to owner of land used as lorry park

The post ‘Amazon tax’ could be levied on internet retail giants to pay for pandemic appeared first on The London Economic.