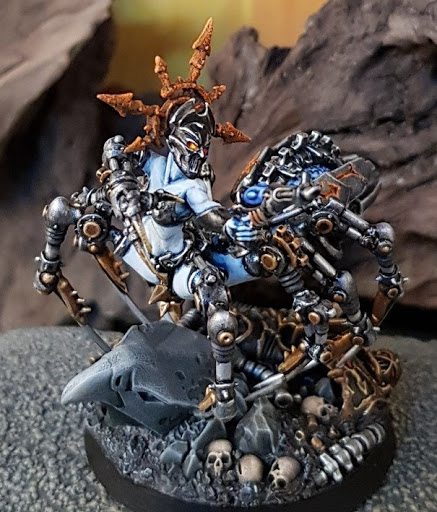 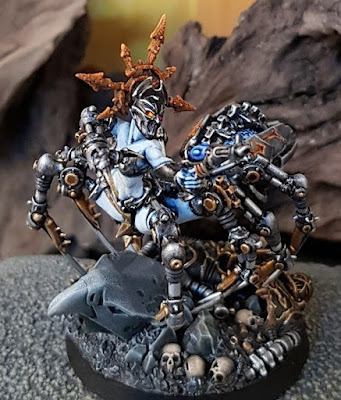 Well, it looks like Slaanesh crashed the party and decided zhe liked the look of of our pointy eared friends more than the Necrons.  The model reminds me of Drukhari more than anything else now.  I probably shouldn't have swapped in the Splinter pistol but it just seemed like a natural choice at the time.  I spent ages turning the right handed Archon grip into a left handed Witch Elf grip and changing it back would have been difficult and potentially disastrous. I think she would prefer a sleek pistol to a blocky Stubcarbine anyway. 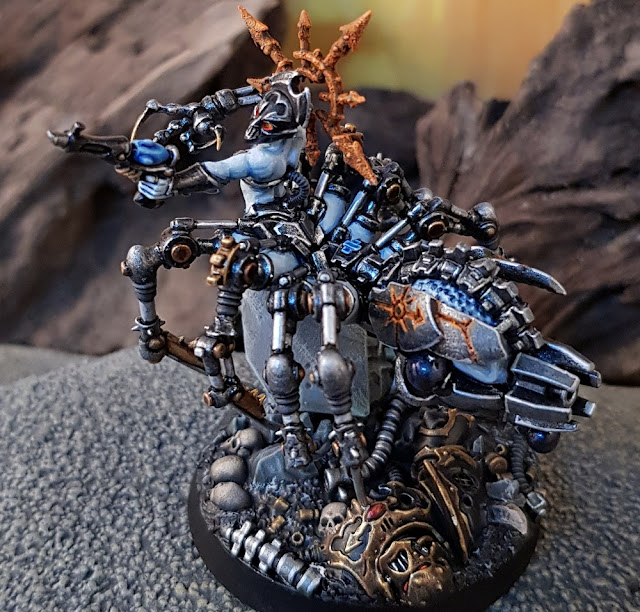 Initially I painted the legs black but they looked so much like stockings and suspenders that I dubbed the model 'Lady Marmalade'.   Further experiments with silvering of the metal reduced the high-camp, burlesque effect somewhat and I changed her name to 'Ungoliant'.  She's not quite the primordial incarnation of darkness depicted in Tolkien lore but I want her to be "Beautiful and terrible as the night" rather than "Mocha chocolata ya-ya (ooh, yeah)" (As an aside, why that skinny bitch Christina gets top billing is beyond me.  I prefer the heart-stopping curves of Pink and Lil' Kim) 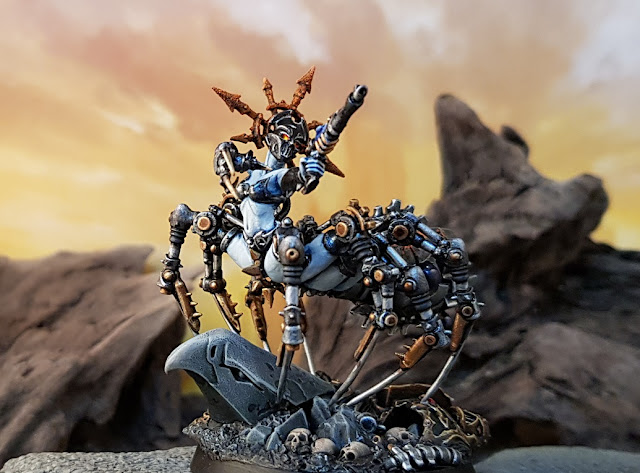 Someone on Facebook commented that the model needed ''less Necronic techno-magic bullshit' which annoyed me at first but I could see that he had a point and more Chaos imagery was needed.  So I re-carved the etched circles on the wraith plates into chaos stars.  This looked horrible and I tried burning them in with a hot pin.  It was impossible for me to get clean lines so I cheated by painting them all rusty.  I'm definitely improving with Typhus Corrosion and Ryza Rust which is a relief.  I added a bit of Agrax and Fire Dragon Blight for more contrast. 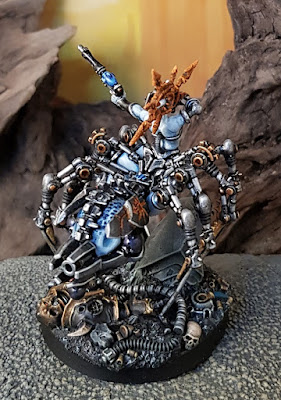 The skin was hardest part because I'm a messy painter by nature and don't airbrush as a rule.  I also didn't paint it in sub assemblies (apart from the base) and some of the crevices were maddening to reach. 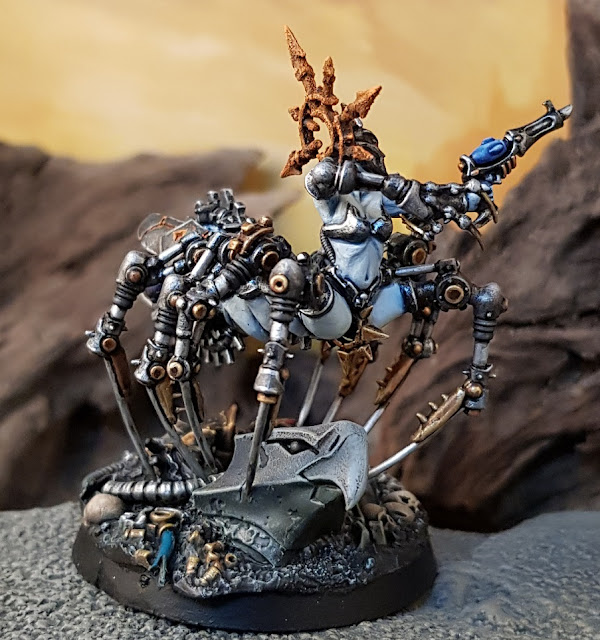 Constant re-touching makes the paint go blotchy and textured which is the opposite of the smooth effect I was going for.  But I managed to blend Mordian Blue, Thunderhawk blue, Fenrisian Grey and Ulthuan Grey into something approximating Drow flesh in the end. 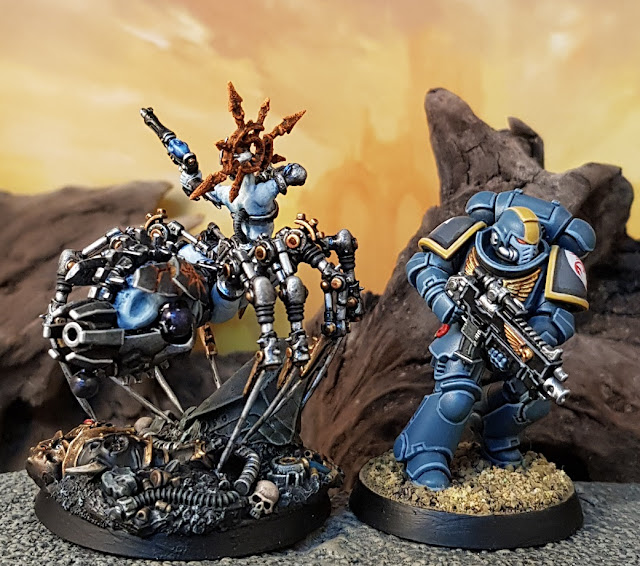 As for what the model is...  I have no idea.  If I ever get round to building that Dark Mechanicum army I'd probably run it as some sort of character.  Maybe a Datasmith.  She's way too small to be anything beefy and too costly (in real money and time) to spam as battle servitors.  I've been thinking that I would like to turn some Kastelan Robots into Mars Attacks! robots and they'd need a datasmith (I think).  Maybe I should come out of the closet and start a Deldar army. 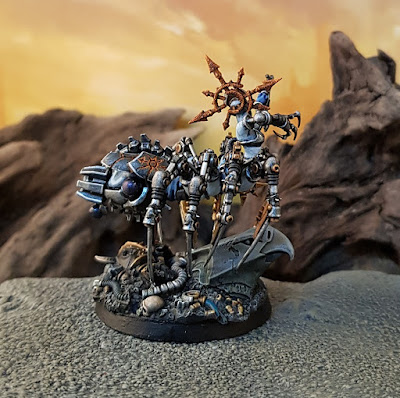 Maybe, as Asslessman points out, I should just model and paint for fun sometimes.  Or maybe Yvraine angered the goddess Lolth, who ordered the Dark Mechanicum to turn her into a Mecha-Drider as a punishment.  How about that for non-canonical heresy? 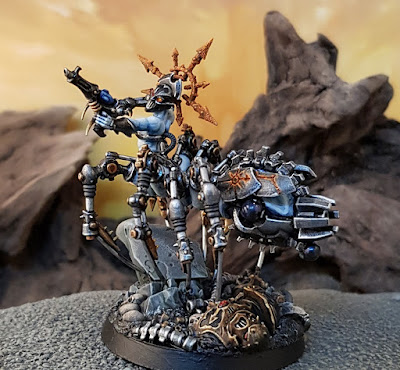