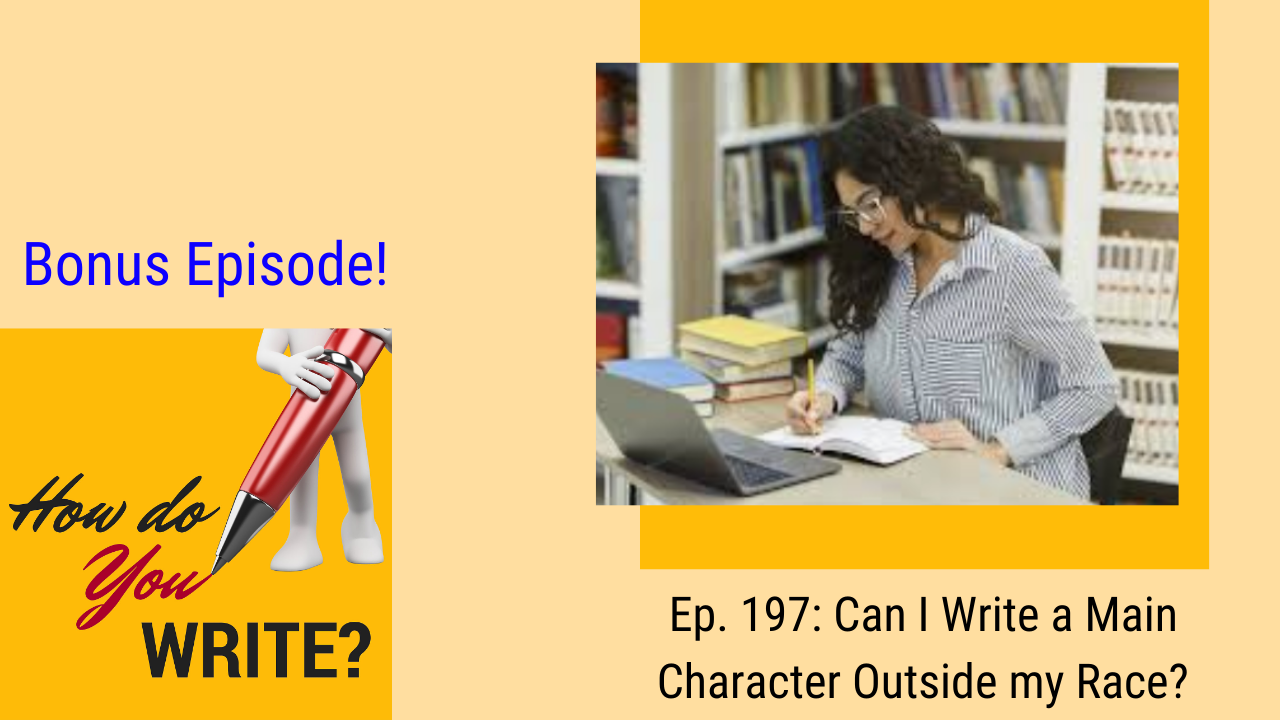 Ep. 197: Can I Write a Main Character Outside my Race?

Today in this mini-episode, Rachael talks about whether it’s a good idea to write outside your race, as well as what to do when you’re bored stiff by your own book. And what about virtual retreats?

How Do You Write Podcast: Explore the processes of working writers with bestselling author Rachael Herron. Want tips on how to write the book you long to finish? Here you’ll gain insight from other writers on how to get in the chair, tricks to stay in it, and inspiration to get your own words flowing.

Rachael Herron: Welcome to “How do you Write?” I’m your host, Rachael Herron. On this podcast, I talk to authors about how they write, what their process is and how their lives fit together. I’ll keep each episode short so you can get back to writing.

Thanks so much for joining me on this episode of “How do you Write?” You can reach me on Twitter, twitter.com/RachaelHerron, or at my website, www.rachaelherron.com, you can also support me on Patreon and get essays on living your creative life for as little as a buck an essay at www.patreon.com/rachael spelled R, A, C, H, A, E, L and do sign up for my free weekly newsletter of encouragement to writers rachaelherron.com/write/

Now, go to your desk and create your own process and get to writing my friends.

The post Ep. 197: Can I Write a Main Character Outside my Race? appeared first on R. H. HERRON.

Ep. 197: Can I Write a Main Character Outside my Race?