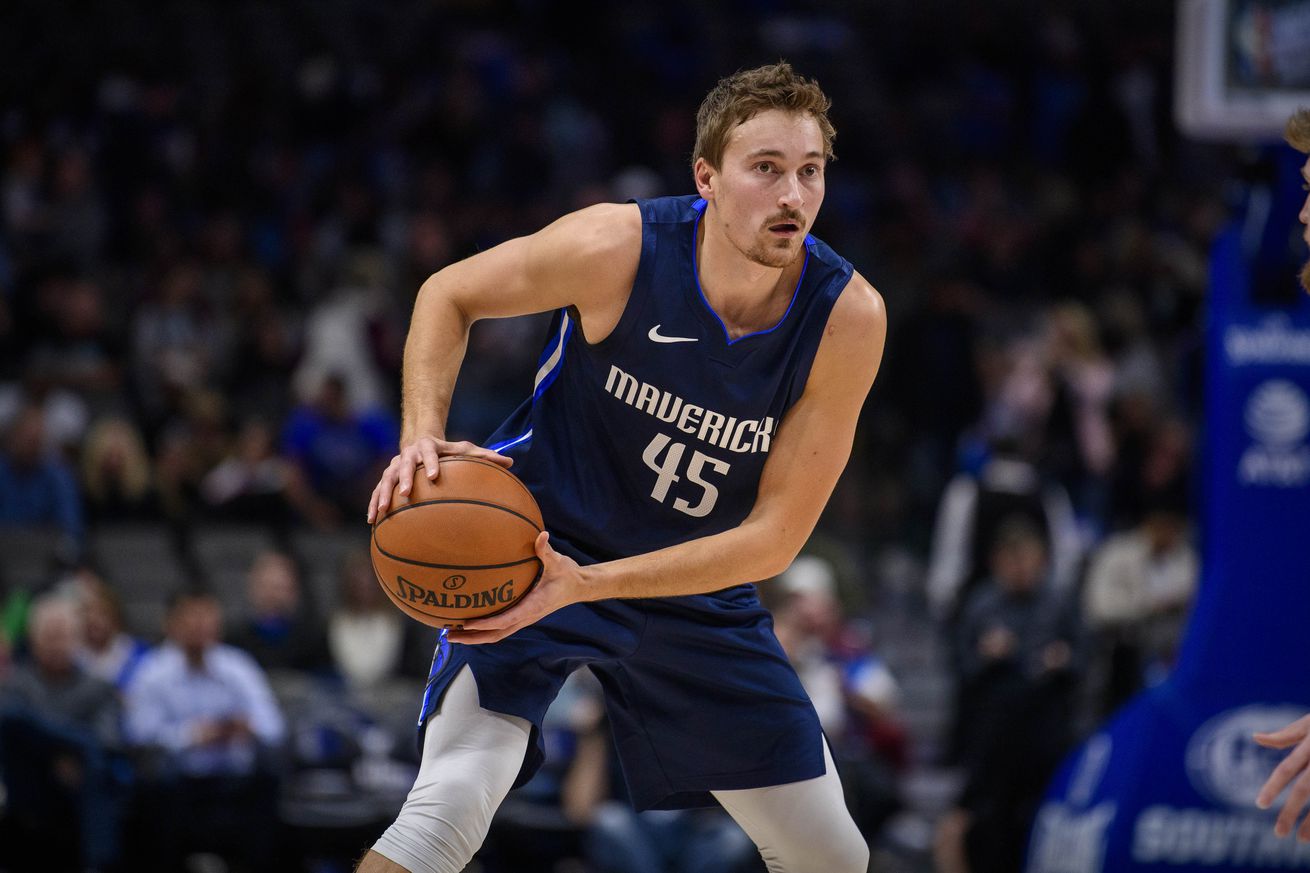 Ryan Broekhoff out indefinitely with a fibula injury

Our Human Torch has been extinguished for the time being

The Dallas Mavericks released the following bit of news earlier in the day:

DALLAS— The Dallas Mavericks announced today that forward Ryan Broekhoff has suffered a fracture of the proximal head of his left fibula. The injury occurred in the final minute of the Mavericks game in Los Angeles on Sunday, Dec. 29.

There is no timetable for his return and updates will be given as appropriate.

Per Jeff Stotts of InStreetClothes, the Mavericks training staff is at least familiar with the injury:

Mavs are familiar with the injury after Wes Matthews missed the final 16 games of the 2017-18 with a comparable issue. The average missed time for proximal fibula fractures is 13 games. https://t.co/qLZLlBj6Am

As is stated above in the press release, Broekhoff will miss an indefinite amount of time, which sucks. There’s quite the range on the time missed from the injury; the 13 game average Stotts mentions is nearly an entire month of games, which means it could be even longer. The Mavericks have been relatively lucky on the injury front this season, so this bit of news is, uh, a huge bummer.

Broekhoff was not in the rotation for most of the year and he only saw the floor in five of the first 26 games this season, but things were looking up in the last couple of weeks. Broekhoff saw legitimate game action in four of the five games leading up to and including the game in which he was injured. He had only played 77 minutes this season, but 49 of those were in the aforementioned four games. The coaching staff had decided to give Broekhoff a chance, and he had mostly delivered— shooting nearly 43 percent from three over the past two weeks.

Tough way to start the new year but I will be back stronger then ever https://t.co/yrPJYJrToS

I’m not sure Broekhoff is a fan favorite writ large, but he is definitely a fan favorite for a few of us. He plays HARD, he’s funny, he can do your taxes, he’s moderately (if not extremely) online, and he can shoot the hell out of the ball. Here’s hoping he can come back sooner rather than later and regain his streak of productivity. Until then everybody please pray for Kirk, as we’re likely in for a bunch of Justin Jackson.

Ryan Broekhoff out indefinitely with a fibula injury