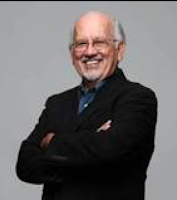 Congratulations to University of Texas History professor, Dr. Emilio Zamora, for winning the 2019 Ruth A. Allen Pioneer in Texas Working-Class History Award that he receives this week at the Texas State Historical Association's (TSHA) Annual Conference in Corpus Christi, Texas where he also gets named as president.  The TSHA is the leading history organization in the state and the authoritative source for Texas history worldwide.

Thanks to Roberto Calderón for posting this in "Historia Chicana."

We're so very proud of you, Emilio!  You deserve this! Felicidades!

Historia Chicana
24 February 2019
&
Nota: We’re extending a heartfelt congratulations and shout-out to our colleague and friend Dr. Emilio Zamora in his receiving later this week the 2019 Ruth A. Allen Pioneer in Texas Working-Class History Award being presented  at the 5th annual Texas Center for Working-Class Studies Conference, Collin College – Spring Creek Campus, Plano, Texas, Thursday, February 28, 2019. The day-long conference starts at 8:00AM and continues until 3:45PM. The conference is part of the ongoing work realized by The Texas Center for Working-Class Studies. We have copied the entry in the conference program acknowledging the referenced award. We thank our colega Dr. Luis F.B. Plascencia for bringing this to our attention. Adelante!—Roberto R. Calderón, Historia Chicana [Historia]
To access the conference program click on this link: http://faculty.collin.edu/lkirby/content/events/Conference%20Program%202019--Final.pdf
Dr. Emilio Zamora

Dr. Emilio Zamora holds a George W. Littlefield Professorship in American History at the University of Texas at Austin as well as affiliations with the Center for Mexican American Studies and the Lozano Long Institute of Latin American Studies. He is the President-Elect of the Texas State Historical Association where he is also a Fellow. Zamora is a life member of the Texas Institute of Letters and a Fulbright recipient. His writing has garnered – among other awards -- the Clotilde García Award for the best book in Tejano History (twice), the Coral Horton Tullis Memorial Prize for Best Book on Texas History, the H. L. Mitchell Award in Southern Working Class History, the T. R. Fehrenbach Award in Texas History, the Bolton-Kinnaird Award in Borderlands History, and the Award of Merit for the best book published on Texas, fiction or non-fiction, from the Philosophical Society of Texas. Dr. Zamora is also the 2018 winner of the Award of Excellence from the Emma S. Barrientos Mexican American Cultural Center in Austin. Among his many scholarly works are The World of the Mexican Worker in Texas (1993), “Labor Formation, Identity, and Self-Organization, The Mexican Working Class in Texas, 1900-1945,” in Border Crossings: Mexican and Mexican - American Workers (1998), and Claiming Rights and Righting Wrongs in Texas: Mexican Workers and Job Politics during World War II (2009).
&&&&&&&&&&&&&&
Historia Chicana
Mexican American Studies
University of North Texas
Denton, Texas
Source: texasedequity