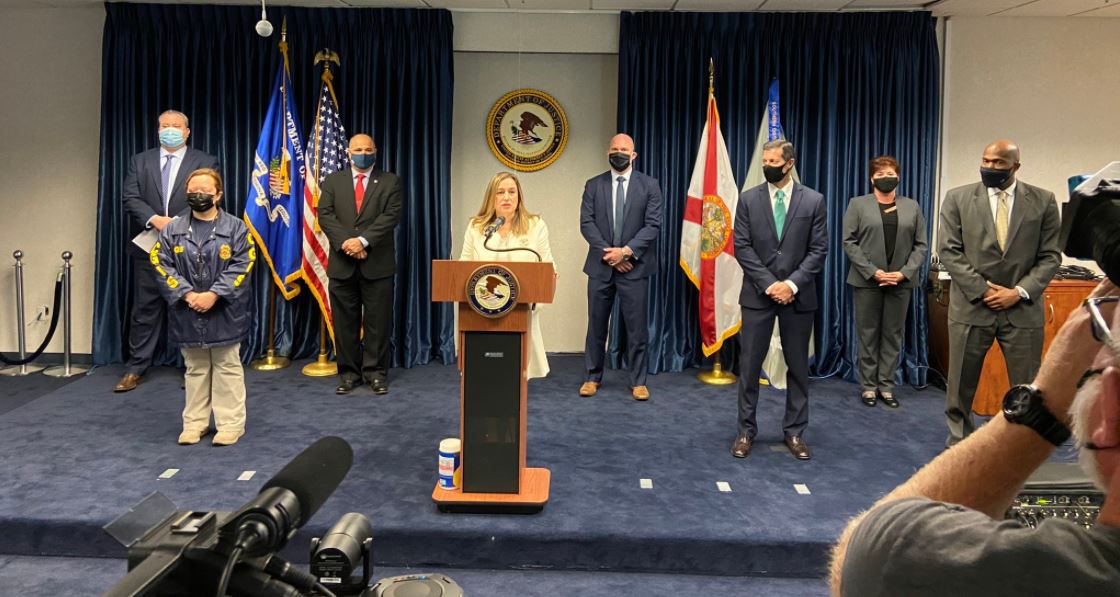 In just the past 30 days, the U.S. Attorney’s office in Miami has brought 18 cases against 24 people who are accused of fraud worth millions of dollars in money that was supposed to go to people and businesses that desperately need it.

“I have coined that this is the fraud capital of the world,” said U.S. Attorney Ariana Fajardo Orshan of the Southern District of Florida.

On her last official day in that role, Orshan held a news conference with the local leaders of several other federal agencies Friday to tout the success of their CARES Act fraud crackdown.

“Since the start and the passing of the CARES Act in March 2020, we have charged 38 cases for a total of $75 million that have and/or will be recuperated to go back to the federal government where it belongs and hopefully to use for others that really need it,” she said, referring to the Coronavirus Aid, Relief, and Economic Security Act.

In July, one man in Coral Gables pled guilty to getting nearly $4 million in PPP loans and buying a Lamborghini.

Others charged range from a woman in Miami Gardens to a local tax preparer and even a former NFL player.

That former football player was identified Friday as Kenbrell Thompkins, a wide receiver for the Patriots, Raiders and Jets.

“It is alleged in court documents that Thompkins used the stolen identities of numerous Florida residents to obtain fraudulent unemployment insurance benefits from the State of California,” the U.S. Attorney’s Office said in a news release. “California distributed these unemployment benefit funds in the form of debit cards, which were subsequently mailed to addresses associated with Thompkins in Miami and Aventura, Florida.”

Although this was the U.S. Attorney’s last day, the taskforce says their work is not done and they have dozens of other investigations underway.

For more information on all of the allegations revealed Friday, click here.