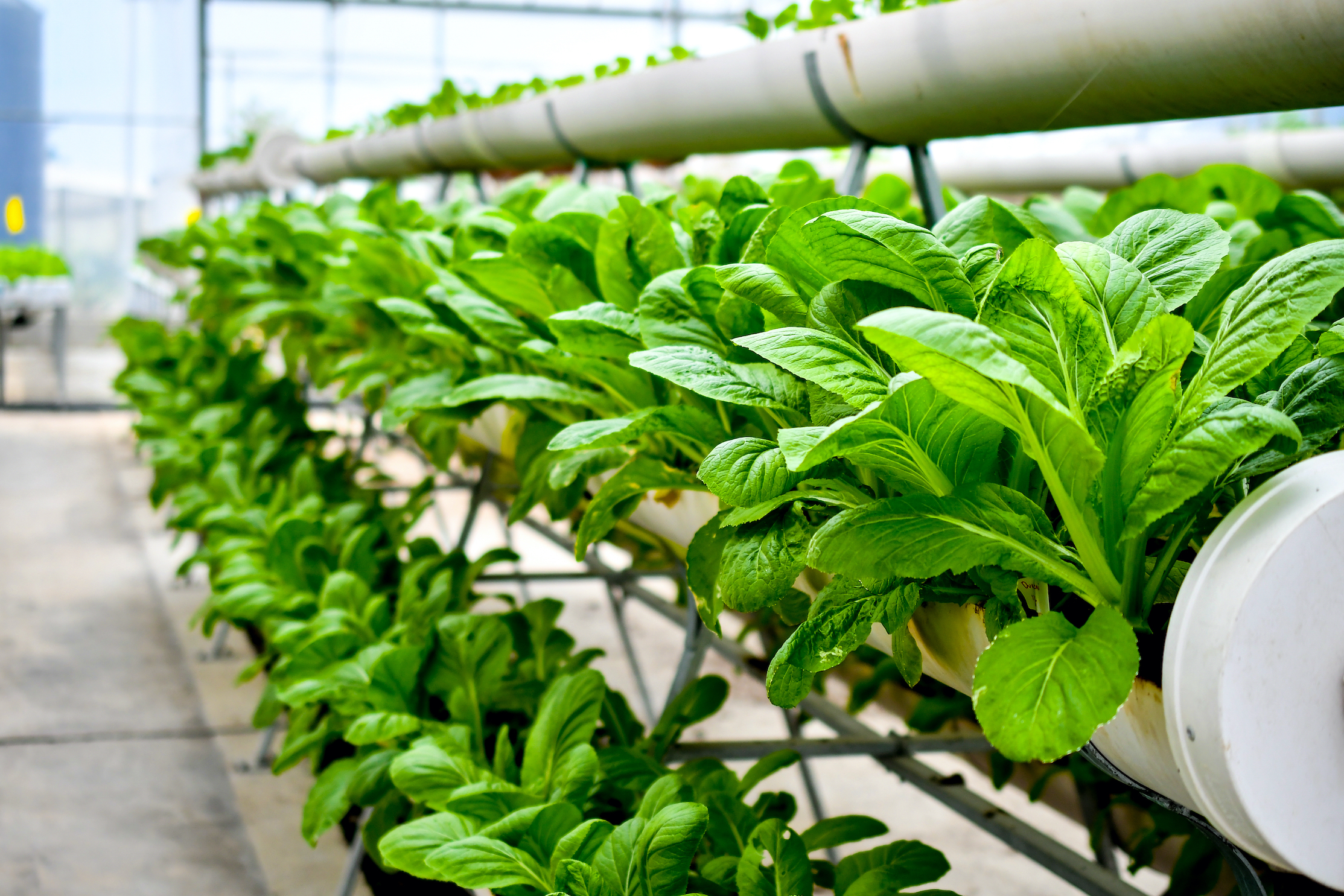 Here’s a tale of two chefs.

Both are based in the Midwest and both are preparing a Caesar salad. One uses lettuce shipped from where much of our lettuce is grown: The fields around Monterey, California. The other sources her greens from a nearby indoor farm.

Out in Monterey, the farmer used diesel-powered machinery, pumped water, fertilizer and pesticides. At the indoor farm, precision systems provided the lettuce with exactly the amount of water and nutrients the crop requires — and no more.

The pickers in California discarded lettuces that didn’t look perfect. That wasn't an issue indoors: Conditions are so well controlled that almost all the crop met consumers’ exacting standards. Finally, when the crop was packed and ready, the indoor farmer drove 20 miles or so to drop the lettuce at our chef’s restaurant. The Monterey produce had to travel 2,000 miles.

Which chef is preparing the more environmentally friendly salad?

Let’s start with the bad news. The story above about indoor farming, a tale about a technology can produce dramatic environmental gains — it doesn’t hold true. The Monterey lettuce is currently the better bet, according to a new analysis from the WWF.

For places that are food-insecure, this could be a real game-changer.

The problem with indoor farming, also known as controlled environment agriculture, is the electric grid. Indoor farms use LEDs to light crops. In St. Louis, Missouri, the focus of the WWF study, two-thirds of electricity comes from fossil fuel plants that pump out health-damaging particulates and planet-warming carbon dioxide.

The WWF team combined these and other impacts into a single score that captures total environmental harm. Lettuce grown in St. Louis greenhouses, which supplement LEDs with natural light, scored twice as high as the conventional crop. In a vertical farm lit entirely by LEDs, the difference was threefold.

Now to the good news: Our chef who sources from a nearby indoor farm may not be making the best environmental choice today, but she likely will be soon.

That’s partly because if we look beyond energy use, indoor ag delivers clear benefits. Indoor systems require little or even no pesticides and generate 80 percent less waste. They use less space, which can free up land for biodiversity. The WWF study found that precision indoor water systems use 1 liter of water to produce a kilogram of lettuce; for field-grown lettuce, the figure is 150 liters.

Another reason is that indoor ag’s energy problem is likely to become less serious. Market forces are already adding renewables to the U.S. electricity mix and pushing out coal. Technology improvements in the pipeline also will cut energy use in indoor farms.

PlantLab, a Netherlands-based startup, has developed an LED that’s more efficient in indoor ag settings because it emits light at the exact wavelengths used for photosynthesis. New crop varieties from Precision Indoor Plants, a public-private partnership that is developing seeds specifically for indoor use, may require less light to grow.

This tech is at an early stage, which makes it tough to quantify future impact. But the data we do have shows that a combination of efficiency improvements and grid decarbonization can make indoor farms a much better environmental choice for some crops. Cutting energy use also will lower costs, making indoor farms competitive on price. It’s fascinating to speculate about what would happen if both these trends came to fruition.

When this project ends, key players will already be invested and ready to move ahead with building a pilot system that can be replicated worldwide ...

With more diverse output, the farms could become local hubs that would strengthen the food system’s resilience to extreme weather events and other shocks. "For places that are food-insecure, this could be a real game-changer," Kurnik added.

Venture capitalists already have seen this future; hundreds of millions of dollars have flowed to indoor farming companies in recent years. That’s essential if this industry is to grow, but it’s also great to see an organization such as the WWF in the mix.

After studying the potential, the WWF has convened a diverse group of stakeholders to map out the expansion of indoor ag in St. Louis. In addition to business execs and investors, the group includes civic and community leaders.

"By working as a group to make those decisions," explains the report, "when this project ends, key players will already be invested and ready to move ahead with building a pilot system that can be replicated worldwide, making food production more environmentally sustainable."

I’ll certainly be keeping tabs on progress in St. Louis, and with indoor ag more generally. If you know of a particular project or related technology that deserves a mention, drop me an email at jg@greenbiz.com.

This article was adapted from the GreenBiz Food Weekly newsletter. Sign up here to receive your own free subscription.

Pull Quote
For places that are food-insecure, this could be a real game-changer.
When this project ends, key players will already be invested and ready to move ahead with building a pilot system that can be replicated worldwide ...
Topics
Food & Agriculture
Urban Agriculture
Featured in featured block (1 article with image touted on the front page or elsewhere)
Off
Duration
0
Sponsored Article
Off