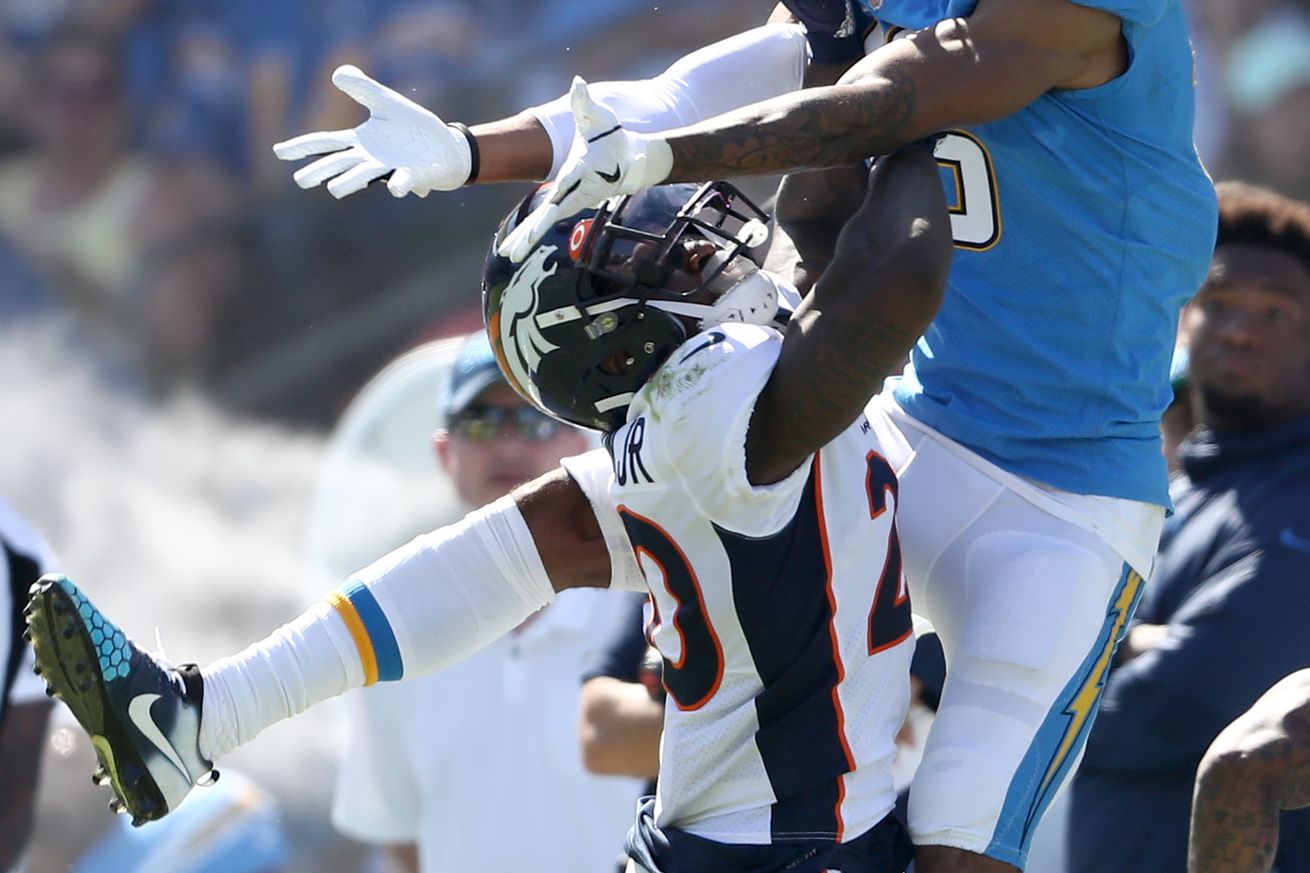 So far these 3 aren’t standing out as I’d hoped.

This year’s training camp is unlike any the NFL has had in it’s history. COVID-19 meant the end of preseason games as well as limited media access to camp. It’s also meant stricter rules on what is being reported out of camp.

Fortunately, the Broncos have not cracked down on the media quite like the Green Bay Packers and Buffalo Bills have. It’s still notable how positive most of the news seems to be. While the optimistic part of me hopes that means every player is set to have a career year and Drew Lock is MVP, the pragmatic part knows that isn’t the case.

In reality, many times a player on offense does well it’s because of a mistake by the defense. The same is true in the other direction:

With all that said, here’s a few players I’m concerned about through the early part of training camp:

If any of you see any news on Duke Dawson, even including a name drop in a Vic Fangio presser: please let me know @JoRo_NFL. Fact is I’ve heard painfully little about the former Patriot, which doesn’t bode well for his chances to make a crowded albeit unproven corner room.

As it stands, we know A.J. Bouye and Bryce Callahan look like the starting duo. I’d expect Bouye to play the vast majority of his snaps on the outside, with Callahan splitting reps. When the Broncos are in their base 3-4 he’ll play on the boundary and when a third corner is brought onto the field for nickel personnel, the former Bear will man the slot.

The competition for third corner looked really cloudy two months ago. De’Vante Bausby, Isaac Yiadom, Davontae Harris, and Duke Dawson all looked like they could make a stab at the CB3 spot. So it seems rather foreboding that the former 2nd round picks name doesn’t seem to come up in any discussions about the spot.

There’s is a chance he’s being omitted because the Broncos see him exclusively as a slot. If he’s been repping exclusively inside through camp so far, it’d suggest the coaching staff sees him strictly as a backup to Callahan. If that’s the case, he’s still got a good chance at the roster if Ed Donatell and Fangio don’t fall for someone like undrafted rookie Essang Bassey.

Here’s hoping we find out more.

Reason for concern: Where is he?

If you were keeping up with the day to day action of OTAs last year, the Broncos were raving about 2019 fifth round pick. He spent his rookie season playing snaps at both off ball and outside linebacker before finishing the year on the edge. Standing at 6’5 248 lbs with easy movement skills, Hollins is tall for an inside linebacker but needed to get stronger to really maximize what he can do on the line of scrimmage.

Leading up to camp this year word was Hollins was working exclusively at edge. This happened after the Broncos drafted Derrek Tuszka and resigned Jeremiah Attaochu. With Bradley Chubb’s return to health, the edge room is a bit crowded.

Malik Reed stepped in on the first team when Bradley Chubb rested on Wednesday and Vic Fangio gave Attaochu a huge vote of confidence last week, but we’ve heard painfully little about Hollins. Is he on the bubble?

Let me start this by saying that I never root against a member of the Broncos. Unless Jake Rodgers has made huge strides from his week 17 game against Maxx Crosby and the Oakland Raiders, it is really concerning that he’s one of the three best right tackles on the roster.

With Ja’Wuan James a nonfactor on this year’s roster, the Broncos are counting on Elijah Wilkinson or Demar Dotson to start. The former is still getting back to 100% after starting camp on the PUP list. The latter is 34 and hasn’t played 16 games in a season since 2014. There’s a decent chance someone else will wind up logging a few snaps at right tackle this year.

Perhaps Mike Munchak feels confident the left tackle depth is able to swing over. It seems likelier Calvin Anderson can develop into a capable bookend than a 28-year old who’s worn 9 different jerseys in his career.

What news and reports will have the biggest impact on the Broncos?

The Denver Broncos are back at again on Wednesday with Day 5 of training camp. Here are all the highlights from today’s practice session.

Talking with Broncos Country Tonight hosts, the Hall-of-Fame safety feels good about where the offense is and great about what the defense is doing.

Here are the day 5 news and notes from Denver Broncos Training Camp.

The Denver Broncos have wrapped up Day 5 of training camp with the defense once again “winning”, but Courtland Sutton made a few plays with Drew Lock too.

What do the Broncos need from their rookies in 2020? - Mile High Report

With Damien Williams opting out of the 2020 season, there’s little standing in the way of Chiefs rookie running back Clyde Edwards-Helaire having a prominent role. NFL Network’s Jeffri Chadiha said CEH’s work early in training camp is only helping his cause. “They’re very excited about what that they’ve seen from him so far. Coming in they knew he was a smart kid, he’s shown that. He’s picking up the playbook pretty fast, they know he’s a guy that can make plays out of the backfield and as a receiver. What Patrick Mahomes said about him the other day is he loves this kid’s vision. The kid has a feel for finding the right running lanes, finding the right spaces in the passing game, being available when Mahomes needs a checkdown. Right now everything’s going well for this running back. He’s going to have a big year if things keep going in this direction.”

Chiefs cornerback Bashaud Breeland has been suspended four games for violating the NFL’s policy and program on substances of abuse, the league announced.