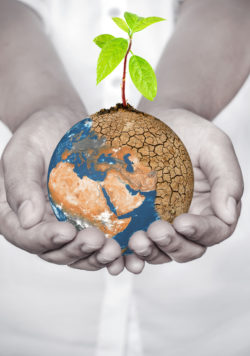 TPI has confirmed for the first time that RWE’s ambitious climate protection plans are in line with the targets of the 2015 Paris Climate Agreement.

TPI has said that RWE’s forecast emission intensity (emissions per megawatt-hour of electricity generated) and the emission target are in line with the Paris Climate Agreement benchmark of “below 2 degrees”.

The energy company is investing hugely in renewables, with net investments of €5 billion ($5.8 billion) by 2022.

Set by the pension fund of the British Environment Agency and the Church of England’s investment bodies in 2017, TPI assesses the contribution made by companies in carbon-intensive sectors for a transition to a low carbon economy.

The organisation is supported by research bodies and partners such as the London School of Economics, who monitor methodology and evaluations.

TPI has also evaluated 163 companies from the sectors of mining and electricity generation, as well as oil and gas production and distribution since 2017.

Out of 66 power-generating companies assessed, 22 (exactly one third) met the ambitious “below 2 degrees” reduction value. The ratio is significantly higher than in the other sectors that were assessed.

RWE CEO Rolf Martin Schmitz, said: “This shows that the power producers lead the way. No other of the evaluated sectors scores better. For many years, we have taken climate related responsibilities seriously.

“The new rating of RWE is further proof that we are on the right track.

“We fully support the Paris Climate Agreement and we contribute what is needed to achieve its targets by globally investing in renewable energies and with our ambitious emission reduction targets.”