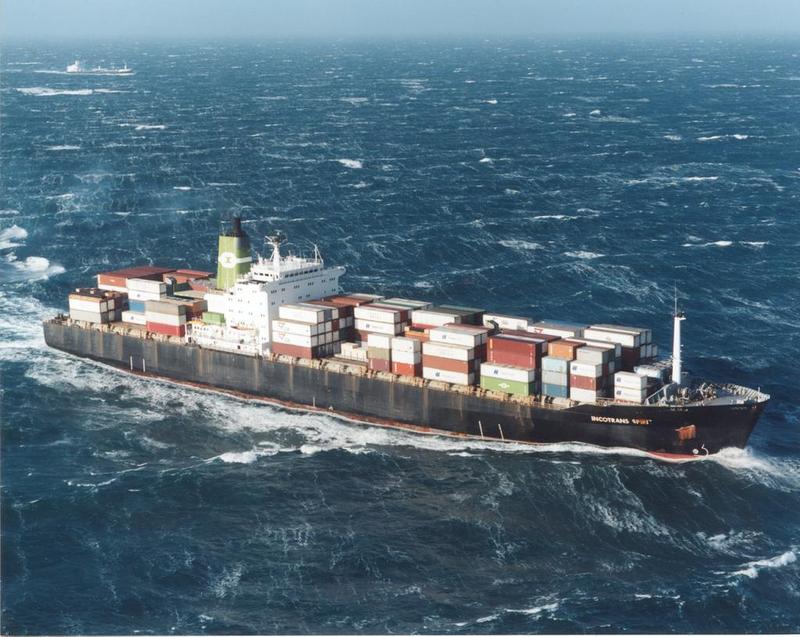 Today we were asked to be 15 minutes later at the pilot station, to get into the convoy, and we were still early out of the locks. And that is good for everybody. The transit through the Gatun Locks is taking place just after sunrise and then the outside sun and temperature are still reasonable and we are able to anchor earlier in Gatun Lake to get the overland tour off.  And that has the advantage that we can go back through the locks earlier and dock in Colon nice and early. The one thing we do not like is too arrive late at Colon and then to find the overland tour (900+ guests) all impatiently waiting.  I would park myself in one of the bar and watch the world go by but most of the 900+ see it differently and are not happy campers if they have to wait. We say sorry of course but there is nothing we can do about it. Maybe we should start a moan & groan telephone line to the Lockmaster of the Gatun Locks as he/she regulates when we are going through.

But today nothing of the kind. By 09.00 we had the tender service going and by 11.00 we turned the nose back towards the locks.  In the early morning, at 05.15 hrs. we had entered the Cristobal breakwaters to wait for that whole parade of boats which I listed yesterday.  And I forgot one as well. There is another boat that is coming to the ship, the Ships Chandler. With so many ships coming to Panama and going through the Canal, providing ships supplies are a thriving business.  Ships are at anchor waiting or busy with cargo or going through the Canal and so nobody has time to go shopping ashore and thus the shop comes to the ship. A good ship chandler can supply everything, and will supply everything, but it will be at a price.  And that is not always a cheap price. But if you desperately need a part, then what can you do? A standard screwdriver can then cost $50+, if you order not much else and if you then count the labor included.

When I was a cadet in 1979, the wife of the captain was driving her husband crazy about something she had forgotten to bring to the ship and she could possibly not continue the voyage without it. Since I have been married I have learned that the right lipstick is indeed a matter of life and death. So the captain asked the ship chandler can you supply this specific brand. The answer was yes but the captain forgot to ask the cost and the ship chandler did not volunteer.  This was 1979 and when he came back the two lipsticks had cost $ 400. The captain exploded but he was simply told that A. if you say buy it, then we do so, we do not go against captain’s orders, and B. You did not put a price limit on the expense.

The ms Incotrans Spirit. I did my cadet ship with Incotrans, which was the old cargo part of Holland America Line. The cargo side had been sold in 1974 but all the crew was still old HAL hands. I choose for Incotrans as I had to keep a task book for practical year and if you failed you did not get your B. Sc. One I took my license I just crossed to road to the HAL office.

It turned out that after coming ashore in Cristobal he had phoned his wife, who knew a shop in Panama City who sold it. So she stepped in the car, drove along the Canal to the other side and went to get it.  Including the actual shopping and the round trip it took 4 hrs.  At $ 40 an hour that was $ 160 + $ 20 for the lipsticks plus the normal 100% markup, it all came to $ 360 and on top of that the petrol and manpower hours for the boat. The captain’s wife got her lipstick but she was not seen for the remainder of the cruise. The Master had spoken and she was grounded with no shore leave until the end of the cruise. And we had to content with a very grumpy captain. It taught me a valuable lesson: to always ask for a quote, regardless of what it is. 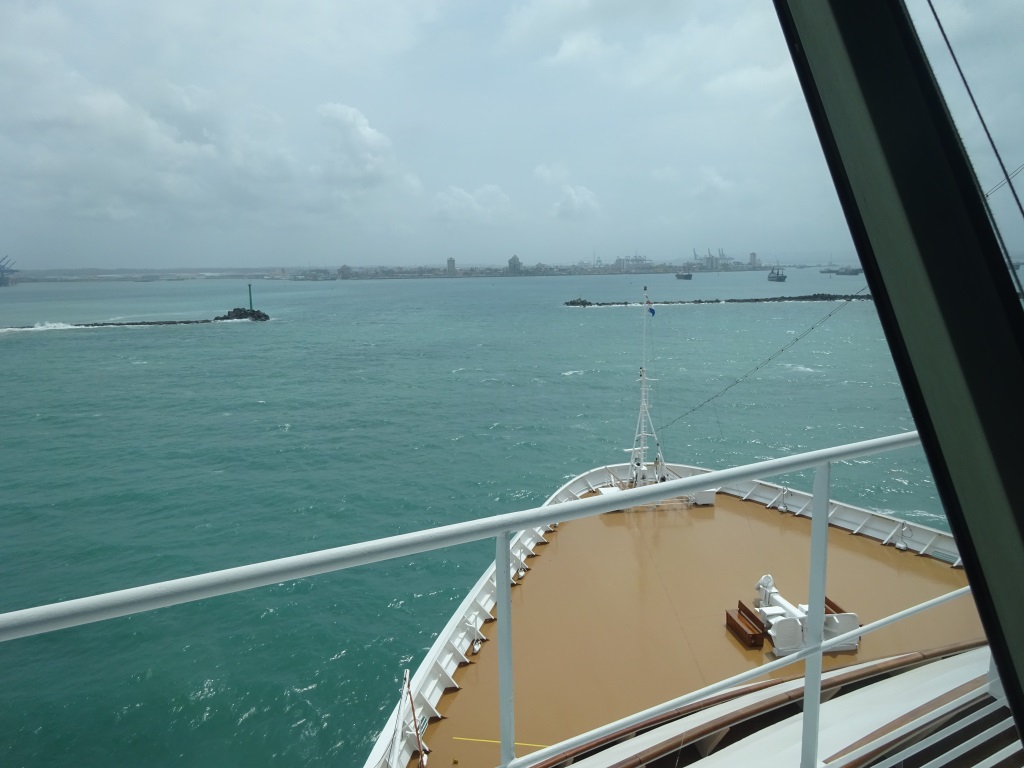 The breakwater of the port of Colon and Manzanillo (the container port) It is not very wide and thus not very pleasant to sail into when there is a lot of wind on the beam. Today it was not to bad, most of the wind was on the stern. Our dock is right behind the ligthhouse on the portside of the bow.

From the locks, the captain tries to race as fast as safely is possible to Colon (see my blog from 11 days ago) and this he can do as the Colon pilot already boards at Cristobal, when the Canal pilots are going off. With the modern ships the pilots do not do very much, as with all the gadgets we now have it works much faster and is much safer to let the captain and officers do it themselves.  These pilots do not mind, as they know that the bridge is full with food (Holland America has the best reputation) and they happily sit there eating hamburgers, Panama rolls, cookies, and fruit, flushed down with copious amounts of Soda’s. (Plus a few go in the bag for the children at home)

By 14.45 hrs. we were very happily docked; happy because we were early and the pilot left also very happy as he had had a very extensive lunch. The tour is expected to be back around 17.00 hrs. and as soon as we have everybody on board later in the evening, we sail to Puerto Limon in Costa Rica.

Weather for tomorrow, mainly overcast with a chance of a shower, but hot and humid. (28oC / 83oF.)