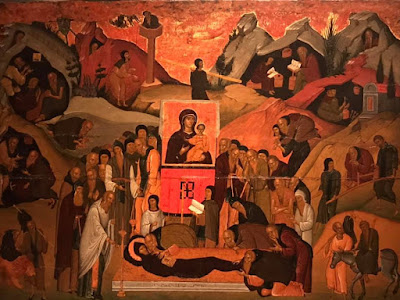 Icons from the Byzantine Museum in Athens

The Byzantine and Christian Museum in Athens, Greece, has, as one might well imagine, a particular impressive and important collection of icons. Here is a selection of photos taken on a recent visit by a friend of mine, Fr Joseph Sigur, who was ordained just last December in the diocese of Beaumont, Texas, with our thanks.

A double-sided processional icon of the Crucifixion, first painted in the 9th century, then touched up in the 10th century, and again in the 13th. 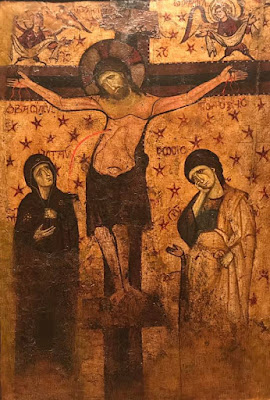 The reverse of the preceeding, the Virgin “Hodegetria – She who shows the way”, added in the 16th century. 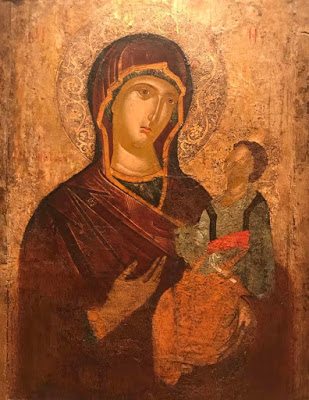 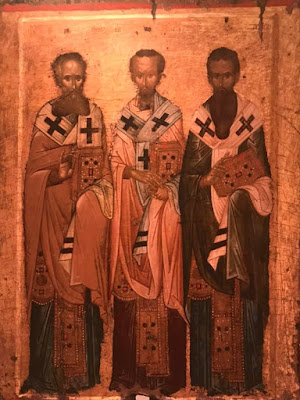 Icon of the type known as “The Preparation of the Throne”, representing the seat of Christ’s Judgment at the end of the world, from a Constantinopolitan workshop, 14th century. 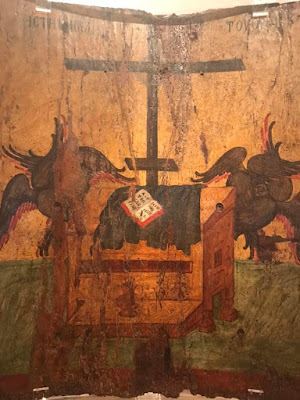 Processional icon of the Virgin of Tenderness 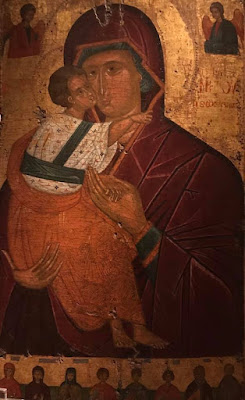 A very ancient Coptic icon of St Michael the Archangel. 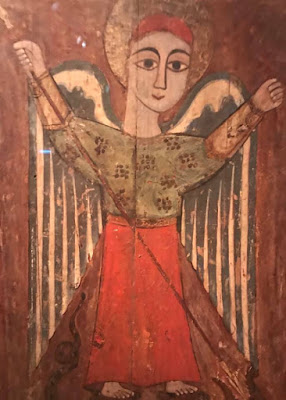 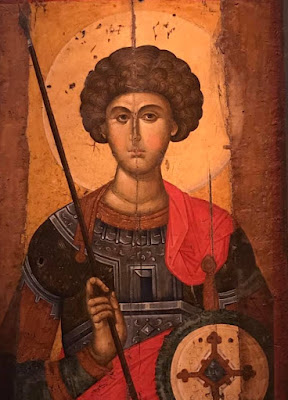 St. Michael, from a Constantinopolitan workshop favored by the imperial family, 14th century. 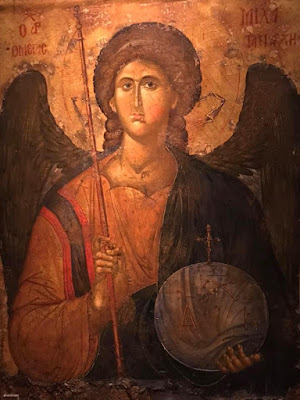 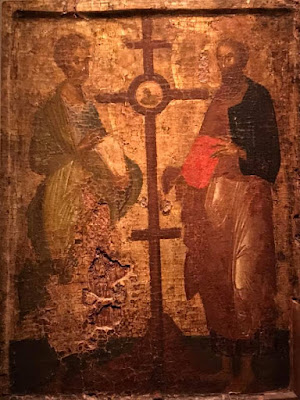 Part of an apsidal fresco of a destroyed church, with an angel holding a ripidion over the altar. 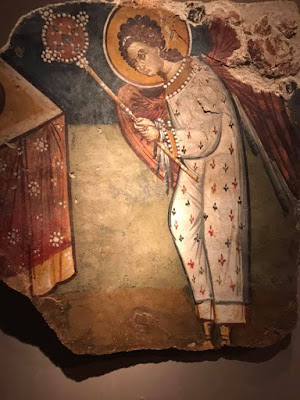 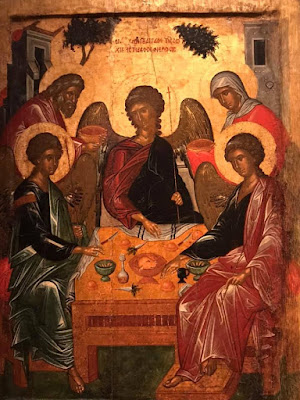 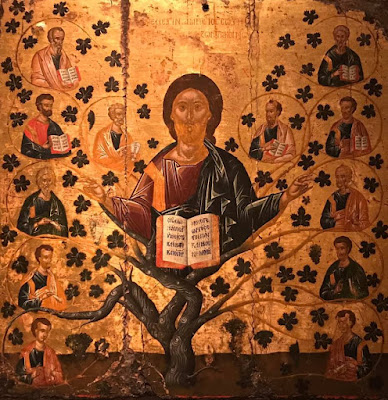 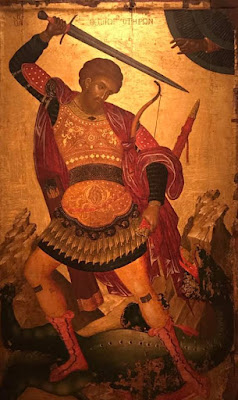 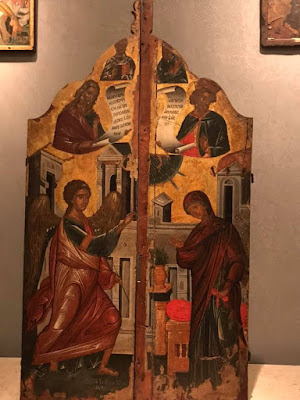 The Death of St Ephraim the Syrian, 15th century. 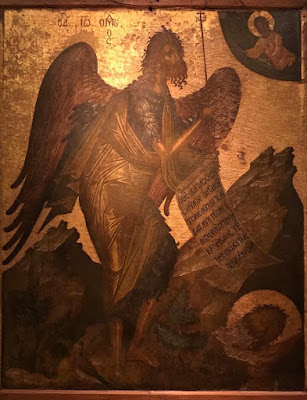 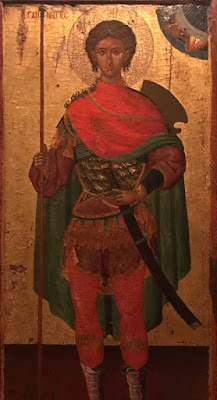 The Virgin and Child, with an unnamed Saint on the left, and St Roch on the right. At various points in its history, the Venetian Republic controlled many different parts of the Adriatic coast of Greece, and many of its islands; this of course led to a fair amount of cultural and religious exchange between the Catholic Venetians and their Greek Orthodox subjects. St Roch, whose body was stolen by the Venetians in 1475, evidently gained a certain amount of veneration among the latter. 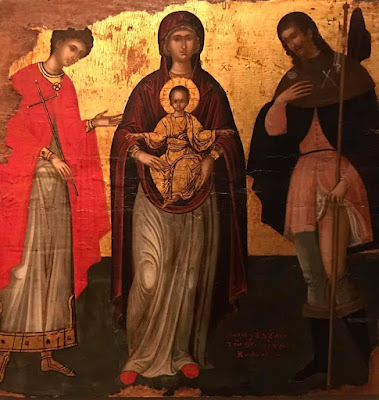 The Man of Sorrows, 16th century. 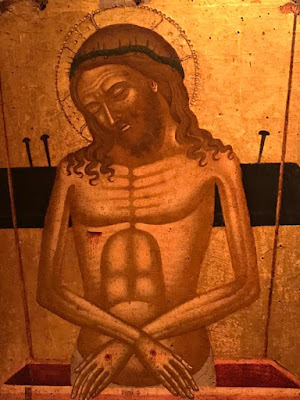 An Allegory of the Holy Eucharist, 16th century, another subject probably chosen under Venetian influence. 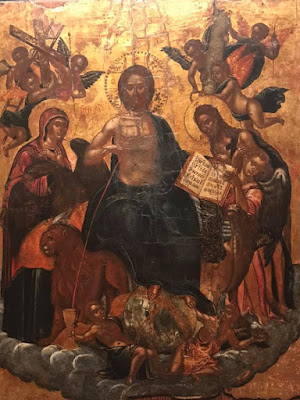 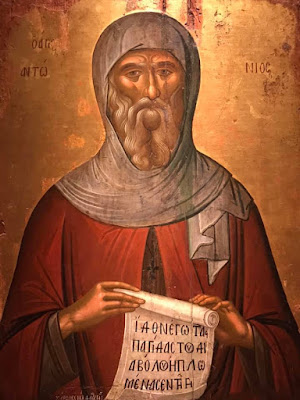 The Holy Trinity, with God the Father named as “The Ancient of Days”, by Thomas Bathas, 16th century. 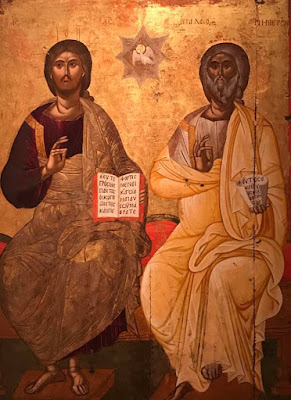 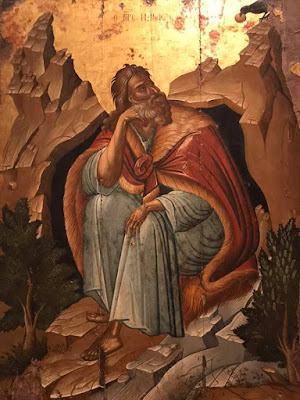 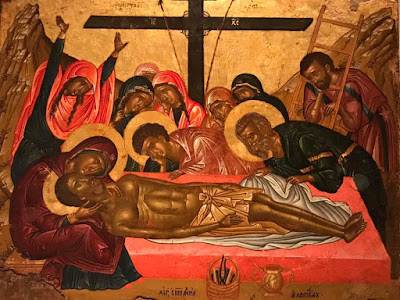 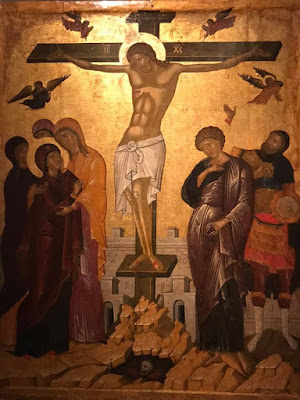 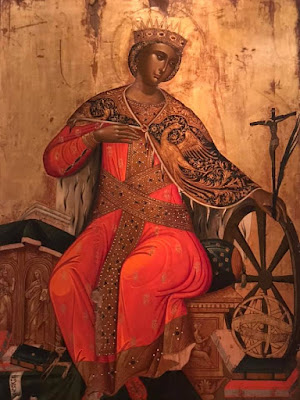 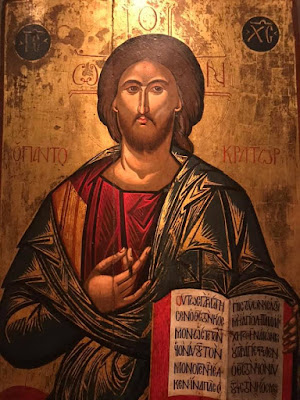 Icons from the Byzantine Museum in Athens