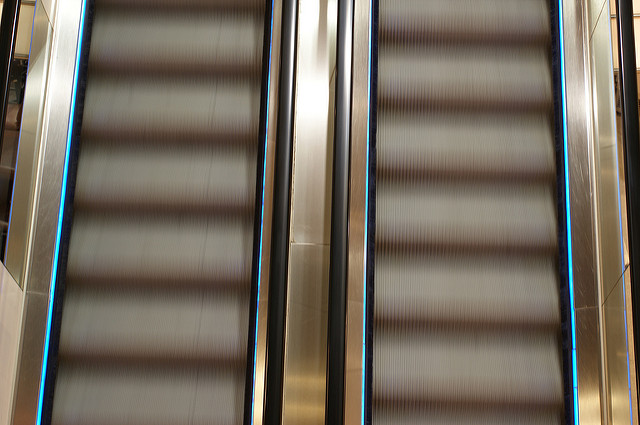 The people of Northern Minnesota need the same things they did 100 years ago. Employment. Food. Medical care. Places to shop and seek entertainment.

Yet, how we satisfy these needs changed considerably over the past century. Indeed, these fundamental functions of society continue to transform before us. Only two questions remain: 1) Will we accept change? And, 2) will we plan our future based on the new reality?

I’ve already written about how mining has gone from being a large percentage of the Iron Range’s employment picture to a relatively small one. That’s not to discredit the industry or its significant share of local tax revenue; it’s merely a fact of industrial automation and corporate consolidation.

In Duluth and on the Iron Range, we’ve lived through the effects of that change. First, natural iron ore gave out in the 1950s. Then the new taconite industry contracted in the 1980s. It’s crystal clear why our population dropped during those decades.

But that is far from the only change. For instance, let’s talk about the health care industry. It’s been true for a while, but some still don’t realize that the Fairview Range Medical Center in Hibbing employs more people than Hibbing Taconite.

When you add all the health care industry jobs on the Iron Range, they outnumber jobs in mining by at least 2-1. That’s partly because mining employs fewer people, but mostly because of medical industry growth.

Hibbing’s diversity of health care services is one of its major assets. It’s also one of the most common ways that new people enter our community.

Down the highway, Duluth’s health care industry has become a massive economic driver. There, Essentia announced a new $800 million downtown project last year while St. Luke’s plans its own $200 million facility next door. The city of Duluth seeks $184 million in state and local funds to create a medical campus in support of these projects.

At almost $1.2 million, this combined effort supports more jobs and sturdier financial prospects than Essar, PolyMet or any other potential wisp on the region’s economic horizon. All while absorbing a fraction of the attention in our local coffee klatches and political debates.

Now let’s talk about the retail sector. You often hear people waxing nostalgic over the “good old days” when small shops located downtown provided us with our wares. But most of us happily rushed to shop at department chains, shopping malls, box stores and online retailers as those options became available.

In fact, the trends have changed several times since Dottie Power ran the Itasca Bazaar on a brand new Howard Street in 1921. Bustling shopping malls were once blamed for killing downtowns, but now the malls have shriveled. We see plenty of evidence of this in local malls across the Iron Range.

Box stores like Wal-Mart and Target, too, find their upward trajectory challenged by retail trends. Both see growth online but, across America, struggle to keep millions of cubic feet of florescent floor space in the black.

So that’s why a story caught my attention this month. Essentia bought the former Younker’s department store space at Duluth’s Miller Hill Mall. The deal cost $3.2 million, but Essentia plans to invest $15 million more to remodel the two-story complex into a fitness and rehabilitation center.

At first blush, you wonder how this will change the character of the Miller Hill Mall. After all, people recovering from hip surgery are a far cry from the cool teens who used to congregate there. (Though, in some cases, they are the same exact people). Will it really help the mall’s retailers?

Recently I was talking to my students about a local mall on the Iron Range. One young woman commented, “Isn’t that where old people go walking all the time?” I laughed. First because yes, it is. I have actually gone there to get more FitBit steps myself. And second because that’s an understandable perception of small town malls for people born in the 21st Century.

But consider the new reality. If the value of a mall (or a downtown, for that matter) is really as a place where people gather to conduct the business of life, then the Essential gambit makes more sense. Malls might be on their way down as medical services move up, so why not make long term plans for a new future?

As our economy joins the rest of the world’s in becoming service-based, rather than just industrial, our real commodity becomes the value of our communities to the people who live in them. That’s how you attract not just workers, but customers to live and invest in places like ours.

We’ll always need food and steel, health care and recreation. That hasn’t and won’t change. But if Northern Minnesota doesn’t change with the times, we’ll find our communities hungry and sick, too broke to afford an American-made truck.

We need only adjust to economic trends to avoid that fate. Are we?

Aaron J. Brown is an author and college instructor from northern Minnesota’s Iron Range. He writes the blog MinnesotaBrown.com and hosts the Great Northern Radio Show on Northern Community Radio. This piece first appeared in the Sunday, Feb. 24, 2019 edition of the Hibbing Daily Tribune. 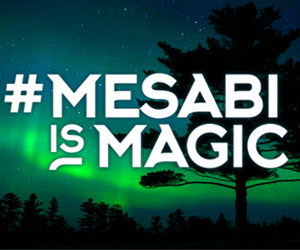