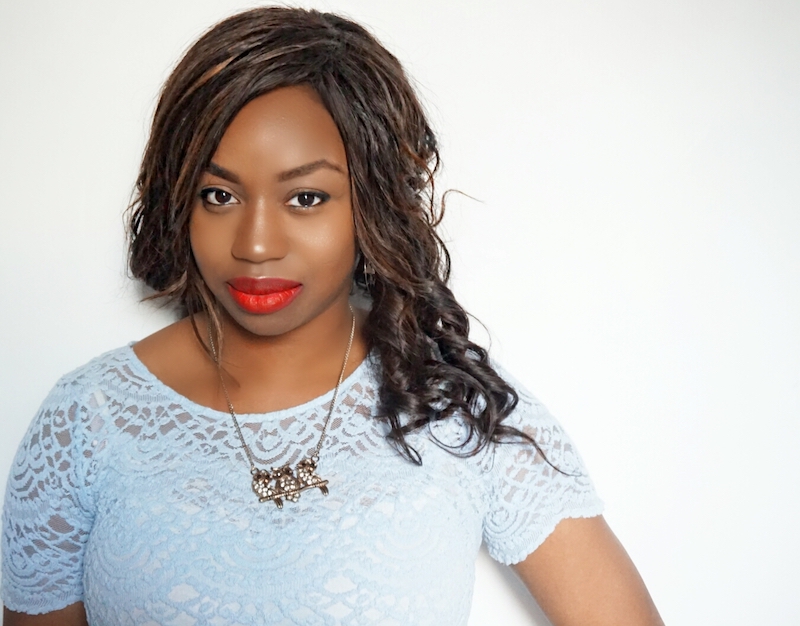 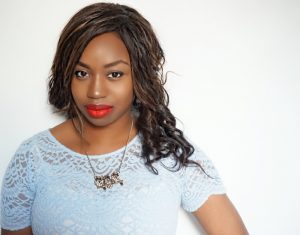 Abiola Bello was born and raised in London. She first began writing the Emily Knight saga shortly afterwards (only 12 years old!) with the intention of filling the gaping hole in children’s fiction for an inspirational, strong, black female, young protagonist.

This gap remains in the publishing world and Abiola is a passionate supporter of diversity and inclusion in books.

Abiola received rave reviews for her debut book, ‘Emily Knight I am…’, as well as outstanding success with her Emily Knight Warriors pop-up book, which went viral in 2015 when it was gradually released online throughout the month of August.

‘Emily Knight I am… Awakened’ was released on September 2017 and was in the top 100 Coming of Age YA books, the winner of London’s Big Read 2019, finalist for Best Children’s book for the People’s Book Prize and nominated for the Carnegie Medal 2019.

She won The London Book Fair Trailblazer Awards 2018. Abiola is regularly called to talk at literary events and within the media, she has appeared in Cosmopolitan, Female First Magazine, The Mirror, BBC1XTRA to name a few.

Abiola spent ten years working as a professional dancer and teacher. She has performed for more than a decade in prestigious venues including The Royal Opera House, The Barbican, Sadler’s Wells, Hammersmith Apollo, Stratford Theatre Royal. She has also appeared on The Apprentice, Got To Dance and Street Dance AllStars The Movie.

Abiola is currently editing her fourth book and is represented by The Bent Agency.

Tell us a bit about yourself, background and your current role

I’m a 31 year old children’s/Young Adult author and a publishing entrepreneur. I grew up in Stoke Newington, North London. I worked as a professional dancer and dance teacher for a decade but now I work full time in publishing.

Did you ever sit down and plan your career?

I tried to! I always knew I wanted to be an author. My goal was just to have a book deal. I remember thinking that by the age of 40 I wanted a publishing house. I’m not sure why I picked 40! But I ended up creating Hashtag Press at the age of 28. Now, looking at my career, I can see how small I was dreaming.

Have you faced any challenges along the way?

Oh, too many. I couldn’t get past the stage of “we like your MS” with an agent so I self-published and then got an agent six months later. Having a book with a black main character – and it’s not about race – isn’t the easiest book for publishers to take but I’m thankful my middle grade series, Emily Knight, has overcome so many obstacles including winning London’s BIG Read 2019 and being nominated for the prestigious Carnegie Medal. With Hashtag Press it was all about figuring out how to even “do” a publishing house, picking the right books and authors. COVID messed everyone up as bookshops closed so that was another challenge!

What has been your biggest achievement to date?

I would say my book being nominated for the Carnegie Medal and when I won The London Book Fair Trailblazer Award, as that really elevated my career. Also, seeing books that I’ve published become bestsellers and get amazing reviews. There’s no better feeling that holding your book in your hands though. It’s the best feeling in the world.

What one thing do you believe has been a major factor in you achieving success?

I work very hard. A lot of my work requires me to self-motivate myself and lockdown was a massive test. There aren’t any short cuts. You have to really push yourself and continue to learn to take yourself to your next level.

How do you feel about mentoring? Have you mentored anyone or are you someone’s mentee?

I’m really lucky as I have had the most bossed up ladies take me under their wing and just help me understand life. I had a mentor in my early twenties and she was an editor for Oxford University Press. She helped to edit my book when I self-published it. I would have been lost without Frances! I love to mentor and I’ve been a mentor for SYP London three times now.

If you could change one thing to accelerate the pace of change for Gender Equality, what would it be?

There needs to be more women in positions of power. To make thing equal, we need to see that equality in boardrooms. It starts from the top.

If you could give one piece of advice to your younger self what would it be?

What is your next challenge and what are you hoping to achieve in the future?

We just signed two incredible authors to our new imprint Hashtag BLAK so we’re getting their books ready for publication. I’m working on my fifth book (which is wild) and I’m really interested in the film industry. Watch this space.

WeAreTheCity has a back catalogue of thousands of Inspirational Woman interviews, including Cherie Blair, Paula Radcliffe MBE, Caprice Bourret, Anna Williamson and many more. You can read about all our amazing women here.