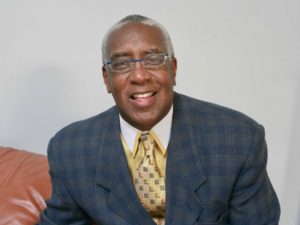 Curtis Symonds has held high-level positions at BET, ESPN, and the WNBA. For the past 10+ years, he has devoted his life to leveraging the historically Black college or university experience through his platform, HBCUGo TV. HBCUs have been a part of his life for over 40 years. His mother and father were not only HBCU graduates but were educators at Central State University in Xenia, Ohio. He is also a graduate of Central State University. HBCUGo TV is dedicated to being a true destination for the total HBCU experience. His vision is to be the leading media provider illuminating the voice and experiences of the 105 HBCUs by delivering content that empowers, educates, and entertains.

In a recent interview, we talked about a variety of topics from sports to education to family and more. The interview has been edited and condensed.

We’re known for our bands and our entertainment, but we’re obviously more than that. Can you encapsulate what the HBCU experience means to you?

What the HBCU experience means to me is the embodiment of knowing who you are. When you go to a PWI (predominately white institution), you become a number. When you come to an HBCU, the president calls you by your name because he knows who you are. And one of the things that has been strong in the HBCU community and on the campus is that it really molds you as an individual. If you talk to anyone who’s gone through an HBCU, the first thing they will say is that university helped me to be who I am today because it taught me the meaning of who I am. And a lot of people don’t understand that. A lot of people go to PWIs. They don’t come back for homecomings. They don’t relate to the people they went to school with because a lot of them didn’t know half the people they went to school with. At an HBCU you know almost everybody. And for years you celebrate that when you come back for your homecomings and the bonding that’s part of this process is incredible, man. And not only do you bond with your classmates, you bond with your teachers who you’ve known for years and years and years because all of them were important to your growth.

How would you say that the HBCU experience has been heightened or highlighted as a result of everything that’s happened in the past year, from George Floyd, Breonna Taylor, Ahmaud Aubrey, the racial unrest in our country, etc.

I would say it’s now being recognized a little bit better. It’s growing out of the circle of the way normal people would look at HBCUs. Now you have athletes saying if they had to do it over again, they would have gone to an HBCU instead of a PWI. I think the mindset across the board in our community in the people who we look at, we look up to, in Black America is I need to be better involved with HBCUs. For example, Chris Paul, who’s doing a lot more now in the HBCU circle, from North Carolina A&T to North Carolina Central and other places, is putting a stamp on the fact that we have to do more to support HBCUs. It’s definitely through those tragedies that we’ve seen over the last 12 months that has heightened awareness of the value of these universities.

You’ve worked with ESPN for eight years and you were president of the Washington Mystics for two years. So, you’ve been heavily into sports and sports are a major part of this network, right?

Well, in our community, Black college sports has always been the lead-in. But what I’m trying to do now is branch out. In talking to advertisers and business people, you lead with college sports because that’s the first thing they relate to the HBCUs. What I’ve tried to do now is add some of the educational and lifestyle things that make these schools as great as they are today and also help them understand the product that’s come out of HBCUs. The Spike Lees out of Morehouse, other people who have made big strides coming out of HBCUs and keep educating them on that it’s not just sports. There’s a lot of other people who have come out of HBCUs that stand for something. But you need to do your homework and understand who these people are.

A lot of us want to go to HBCUs but don’t feel like the education would be the same. So, how do we change people’s mindsets about education at HBCUs?

You got to get them on the campus. You got to get them involved in the universities to see the quality of people teaching the classes and the quality of the people in the classes. Because I hear every other day, “I can’t find a quality minority to fill the spot.” But where were you looking? If you’re looking for engineers did you go to North Carolina A&T which specializes in engineers? Did you talk to anyone down there? No. So, how are you doing your homework? So, the thing is that we don’t have enough cheerleaders out there that are pushing HBCUs. Now, we’re beginning to get that. You see Kamala (Howard University grad) in the White House. So, the door is open, but you got to get those supporters to help to get through the door.

A lot of times to make it big in sports we feel like we have to go to, as you say the PWI’s, the Dukes, the Kentuckys the Arizonas, the big state schools that may be popular. But you’re bringing sports and education together so that we can have a full experience in the HBCUs.

If you look at PWIs in football and basketball, that’s mainly made of Black young men, and you moved all that talent to HBCUs, you’d see a whole different sway across the board in sports. The only thing that these young people are worried about is how to get to the next level. And because HBCUs don’t have television deals, they can’t be seen. So, if I go to South Carolina State and I’m a decent ballplayer and I’m not getting any television awareness, how am I going to the NBA? But if I go to South Carolina and they’re on television every other week, somebody’s gonna see me. That’s the mentality. The problem is that we’re not out there enough to educate people coming out of high school about HBCUs because counselors are talking about other schools. They’re not valuing what our schools have to offer.

In our community, about 20% of Black households were led by a single parent in the 60s. Now, it’s almost 80%. How can HBCUGo TV improve the quality of our Black families?

I think that’s one of the most important things that we’ll be working on. I understand very clearly, coming from a divorced mother and father, that family is very important. We have to continue to drive on the value of the mothers. You know how important it is to support single mothers out here. We’re gonna try to create programs to help, show these mothers some ways to improve their lives and come up with ways to try to get them educated. Many can’t get an education because they can’t afford it. Maybe we can finally raise some dollars to assist them in furthering their education and also try to create some opportunities. We want to be very involved in trying to open up those doors. So, we’ve got to figure out ways to get better. That’s what HBCUGo is gonna try to do to make that happen.

How will HBCUGo TV be different from the other Black TV networks we have?

First and foremost, HBCUGo TV will focus on HBCU schools 24/7 365 days a year. Unlike most Black networks, that just want to show you The Jeffersons, Martin, entertainment, and comedy, we want our viewers to come away understanding some of the great history, legacy, knowledge, sports, and lifestyle that come from these historically Black colleges. We hope the programming the students produce will help others to understand the real life of a HBCU student. Finally, we want to educate the public on the power of these colleges and universities.

Here is a sneak peek at some of the upcoming programming:

For more information on how to get involved with this platform, visit www.hbcugo.tv.