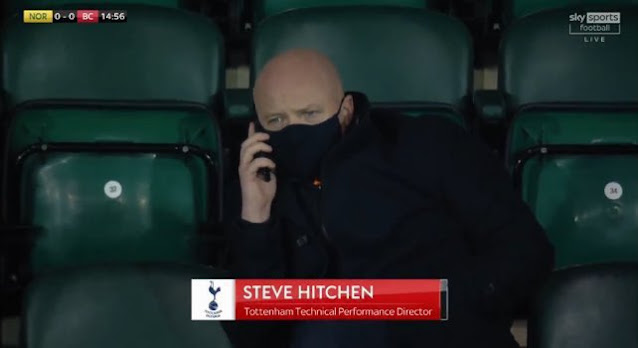 Serbian international defensive all-rounder (he is a centre-back who can play right-back) Nikola Milenkovic is being followed by both Manchester United and Tottenham.
The 23-year-old (24 in October) has not yet extended his contract at Fiorentina, beyond it's current 30 June 2022 deadline.
He is one of a number of centre-backs Spurs are keeping tabs on.
The list from last summer gives more.
Danilo D’Ambrosio is another option for Tottenham Hotspur in the summer as he becomes a free agent.
Could he be available this window on a cheap fee therefore?

I haven't seen the press get a hold of that one yet.
Tottenham are reportedly looking at Sassuolo centre-back Gian Marco Ferrari.
The 28-year-old (29 in May) has a contract until 2023 with the Italians and seems the wrong age to supply anything but short term cover.
Tottenham are also one of many clubs interested in signing Real Madrid centre-back Sergio Ramos.
The 34-year-old (35 in March) is a free agent in the summer so could sign a pre-contract agreement but I suspect a new Real Madrid contract will eventually be agreed.
Still at Real Madrid, you all know of our interest in 23-year-old (24 next January) centre-back Éder Militão, then there is 27-year-old (28 in March) fellow Real Madrid centre-back Raphaël Varane.
Varane has a contract until 2022, while Militão is under contract until 2025 so would no doubt be the subject of a buy-back clause, which, despite Sergio Reguilón, is unlikely to be considered by Daniel Levy.
Two players who could be taken from our defence is too much so I very much expect us to look alsewhere.
Militão has played 224 minutes this season with Varane being a regular and already notching up 2,115.
Closer to home is 23-year-old (24 in October) Brighton defender Ben White who is under contract until 2024 but has Premier league experience and is homegrown.
As such he is being monitored by a host of Premier League clubs, as I'm sure you are aware.
Last night Steve Hitchen was at Carrow Road to watch Norwich City take on Bristol City.

That, quite frankly, is scratching the surface of our interest, but you can see we monitor many for the one position.
Timing, wage, fee, desire all have to align and then we have to weigh up the options.
The less time on a contract, the lower the fee, just like getting Pierre-Emile Højbjerg at half price simply because of his contract situation.
If we have a centre-back coming in in the summer, January is unlikely, then there must be at least one leaving.
Toby Alderweireld is no spring chicken any more and may look for more regular football, Davinson Sanchez, as surely his most ardent supporter must see, is error prone.
When he plays regularly he performs well but at a club that challenges in four competitions, you have to be able to mentally handle rotation and keep your performances at a high level.
Sanchez has so far shown that he can't do that, he can't mentally handle it.
I would be looking to offload him in the summer.
He has a contract until June 2024, having signed an extension in May 2018 after joining in August 2017 for £37.8 million.
He has still played 1,423 minutes this season though (540 in the Premier League across 7 games).
Alderweireld is 32 in March and is under contract until 2023.
That gives him 2 years left in the summer, a time when clubs either want a player to sign a new contract or be sold.
He has played 1,386 minutes so far this season including 981 across 11 games in the Premier League.
Mourinho has stated he sees Japhet Tanganga as a right-back long term leaving Eric Dier as our main centre-back, which minutes player bears out and Joe Rodon in the development stage with left-back Ben Davis able to deputize..
Dier has played 1,999 minutes with 1,530 of those in the Premier League where he has only missed the West Ham game that saw us collapse at the end of the game and throw away a three goal lead.
Centre-back wise it could be an interesting summer.
Milan Škriniar will have two years left on his contract so should be cheaper than he was last summer, but he is now a regular in the Inter Milan defence.
He has played 1,508 minutes, 1,175 of which have been in Serie A across 14 games.
That suggests a transfer is unlikely.
Will we see one out and one in or two out and two in?
If a non England association trained player arrives, then another has to leave, homegrown players are still important in every squad.
If Dele leaves this summer for instance then we need another homegrown player so that it doesn't affect our European squad availability.
It is a complex mixing game but we do have a bunch of homegrown youngsters coming through in Oliver Skipp, Ryan Sessegnon, Troy Parrott, Jack Clarke and Harvey White.
They are all 20 or under with senior football experience under their belts.
Oliver Skipp 21 in September
Ryan Sessegnon 21 in May
Troy Parrott 19 in February
Jack Clarke 21 in November
Harvey White 20 in September
COYS 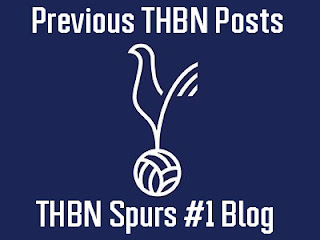 PL Title Is Just Mental Conditioning Away
To Buy Or Not To Buy
Spread the Spurs word, share articles on social media to increase Spurs following worldwide. Looking for regular content from supporters outside the UK, use the contact form on the site. Thank you
Source: tottenhamhotspur