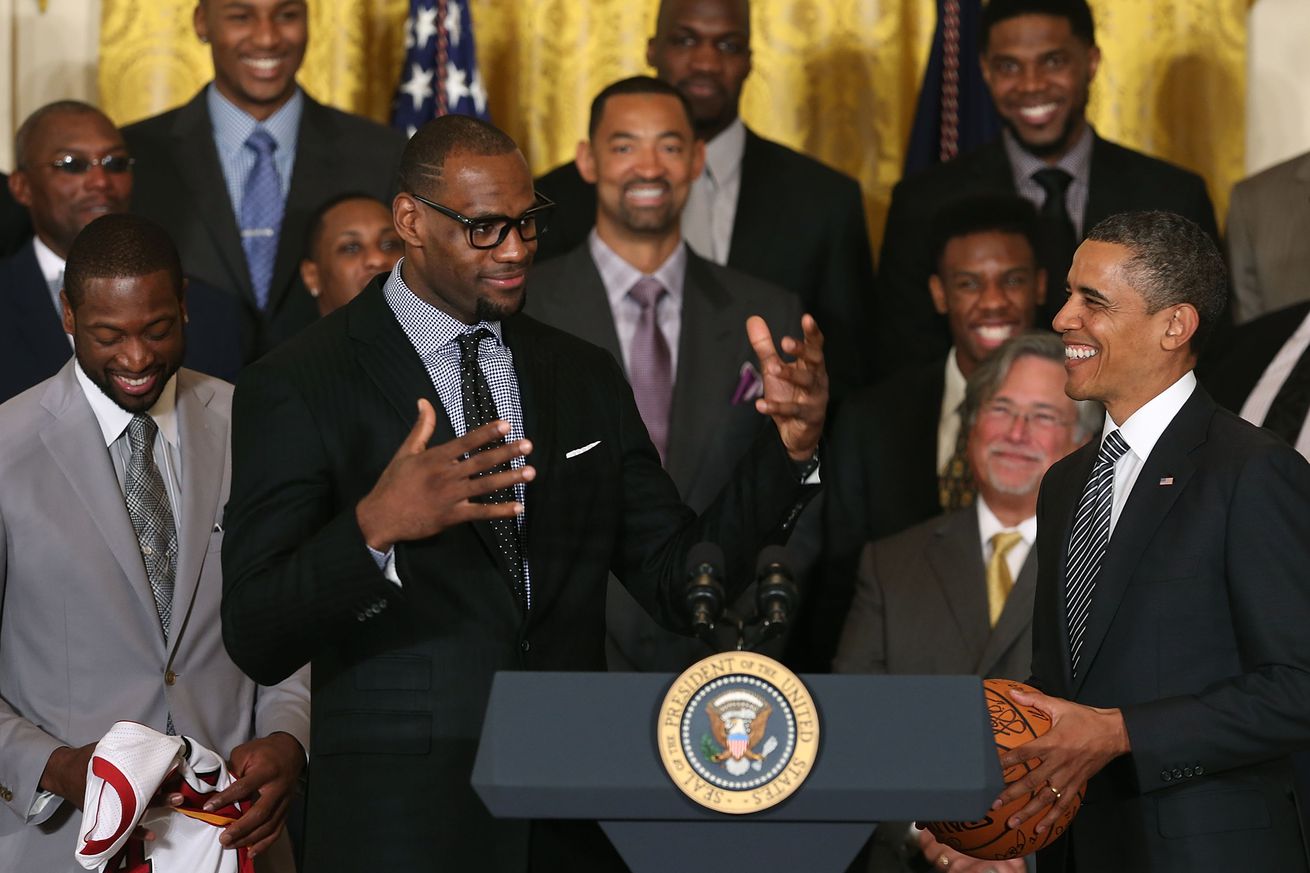 But as much as he’d like to resume the tradition of visiting the president to celebrate a championship, LeBron James isn’t sure if the NBA would allow the Lakers to visit the White House due to the league’s coronavirus protocols.

Almost immediately after Joe Biden was elected the 46th president of the United States, Lakers veteran Jared Dudley admitted that the team would “love” to visit Biden in the White House, resuming an NBA tradition of celebrating a championship with the president that was paused for the last four years.

Not long after that, Chris Haynes of Yahoo Sports reported that the organization — from players on up to management — were all enthused about the idea of a White House visit if they could make it work.

And after Biden was sworn in on Wednesday, LeBron James was asked on Thursday to confirm if he’d want to go to the White House or not.

“I don’t think we’ve had any conversations with our team. I have no idea with all the COVID rules and restrictions and everything that’s going on with the league, I’m not even sure if we’re allowed to,” James said. “It’d be great, but I have no idea what we can even do right now besides hotel, arena and home. So I have no idea.”

Given that he formally endorsed Biden, it’s no surprise James said he would like to go back to visit a president for a fourth time, but it’s also no surprise that the NBA rules could make that difficult. The league is struggling to keep the coronavirus out of its ranks without the aid of a bubble, as 23 of the 30 teams in the NBA have had at least one game postponed so far. As a result, the league has instituted increasingly strict policies on what players are allowed to do away from the floor, and it might be tough to fit a White House visit in with that, no matter how much James and the Lakers want to make it happen.

Another hurdle? The Lakers don’t currently have a game in Washington scheduled. They play the Wizards on Feb. 22, but that’s a home game. And while the NBA originally said that West teams would still play Eastern Conference teams twice, there is no guarantee of a) when that game would be (making it more difficult to plan a safe visit that works for Biden and his team’s schedules as well), b) no promises that the NBA won’t change up its scheduling plan and the number of games it plans to play as it continues to deal with the pandemic and c) that the Lakers, NBA and White House would be able to agree on the health and safety protocols for such an event.

Now, a visit is definitely still possible, but as James noted, there will just be a few obstacles to navigate. We’ll see how hard the Lakers try to do so — and if they’re even allowed to — when the second half of the schedule comes out.

For more Lakers talk, subscribe to the Silver Screen and Roll podcast feed on iTunes, Spotify, Stitcher or Google Podcasts. You can follow Harrison on Twitter at @hmfaigen.