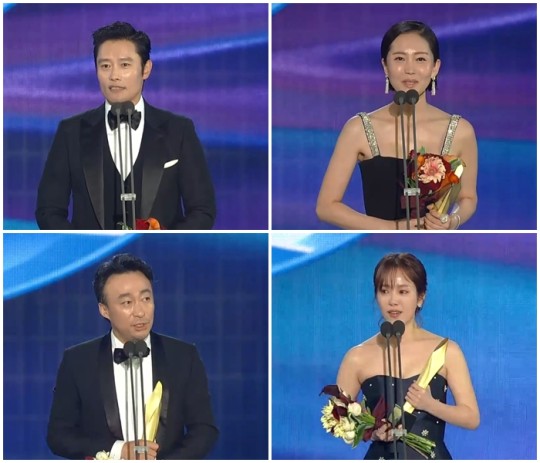 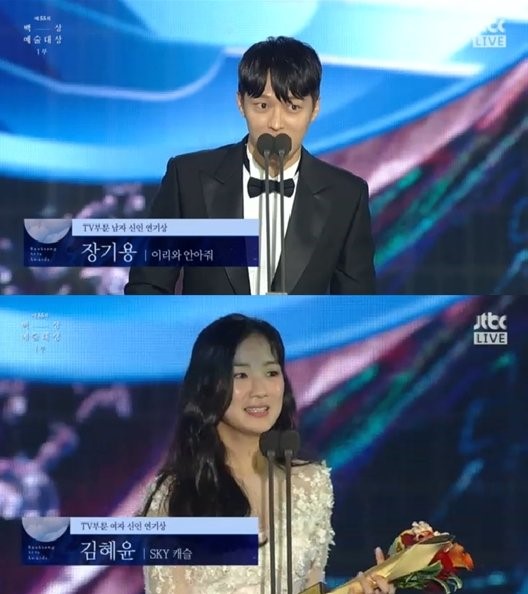 4. [+1246, -9] Among the 'SKY Castle' child actors, she had the most importance from start to finish and the character's personality also changed. Yum Jung Ah who she had a lot of scenes with is also an acting god and Kim Bo Ra also acted since she was young so she was good at acting but she wasn't pushed behind in front of these people and I think she did a good job. Congrats congrats on the Best New Actress award!!

2. [+1392, -254] I can acknowledge Kim Hye Ja winning the daesang but what's with Lee Young Ja winning one for variety and Jung Woo Sung winning the daesang for the film category? Anyone can tell that for variety, it's Park Narae.
↪ [+275, -36] Jung Woo Sung's acting in 'Innocent Witness' was good. He transformed.. I can't tell if you watched the movie.

6. [+385, -5] I don't care about awards or anything but Kim Hye Soo's each and single action today was really cool