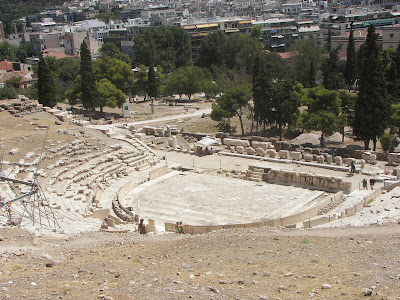 What is living in a free society all about if not to delight in one's weirdnesses? I had the oddest thought when I was practicing this morning and it led to other odd thoughts, so here they are.

Back when I was studying in Spain with Maestro José Tomás he gave a concert in, I think, Benidorm, that a few of us students attended. The highlight of the concert was the suite Castillos de España by Federico Moreno Torroba, at the time a fairly newly-written piece. I didn't learn it myself until several years ago. I think, at the time of the concert, it wasn't widely available. Ok, so this morning I was working on the first movement, Turégano, a lovely piece, and it occurred to me that my perfect vacation would be to have a whole month free so I could time-travel back to 1974 and study the piece with Tomás. Now that's something I really wished I had done when I was there as it would have been the perfect repertoire for me at that stage. That's my dream vacation.

How about some others?

Talk about your dream vacations!
And some people go on cruises? Weird.
Turégano by Moreno Torroba played by Segovia:
Source: themusicsalon