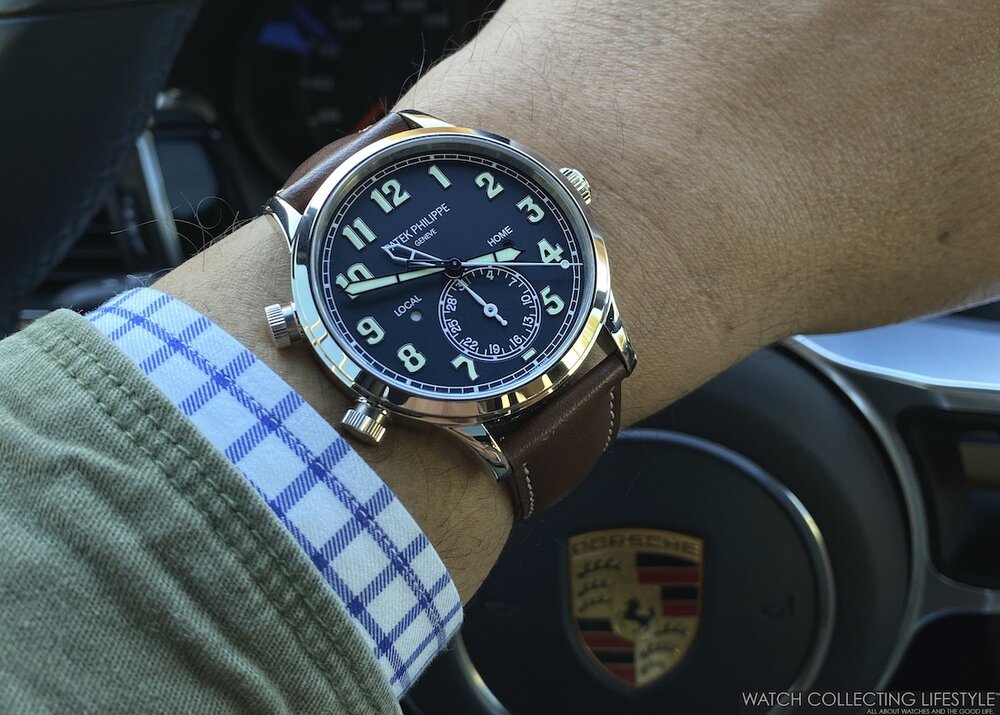 What could be more classic than wearing a Patek Philippe Calatrava Pilot Travel Time ref. 5524G while driving a highly rare 50th Anniversary Porsche 911. For five decades, the Porsche 911 has been the heart of the Porsche brand. Few other automobiles in the world can look back on such a long tradition and such continuity as the Porsche 911. It has been inspiring car enthusiasts over the world since its debut as the model 901 at the IAA International Automotive Show in September 1963. In 2014, to celebrate half a century of this iconic car, Porsche presented a modern iteration with vintage touches referred to as the 50th anniversary 911. 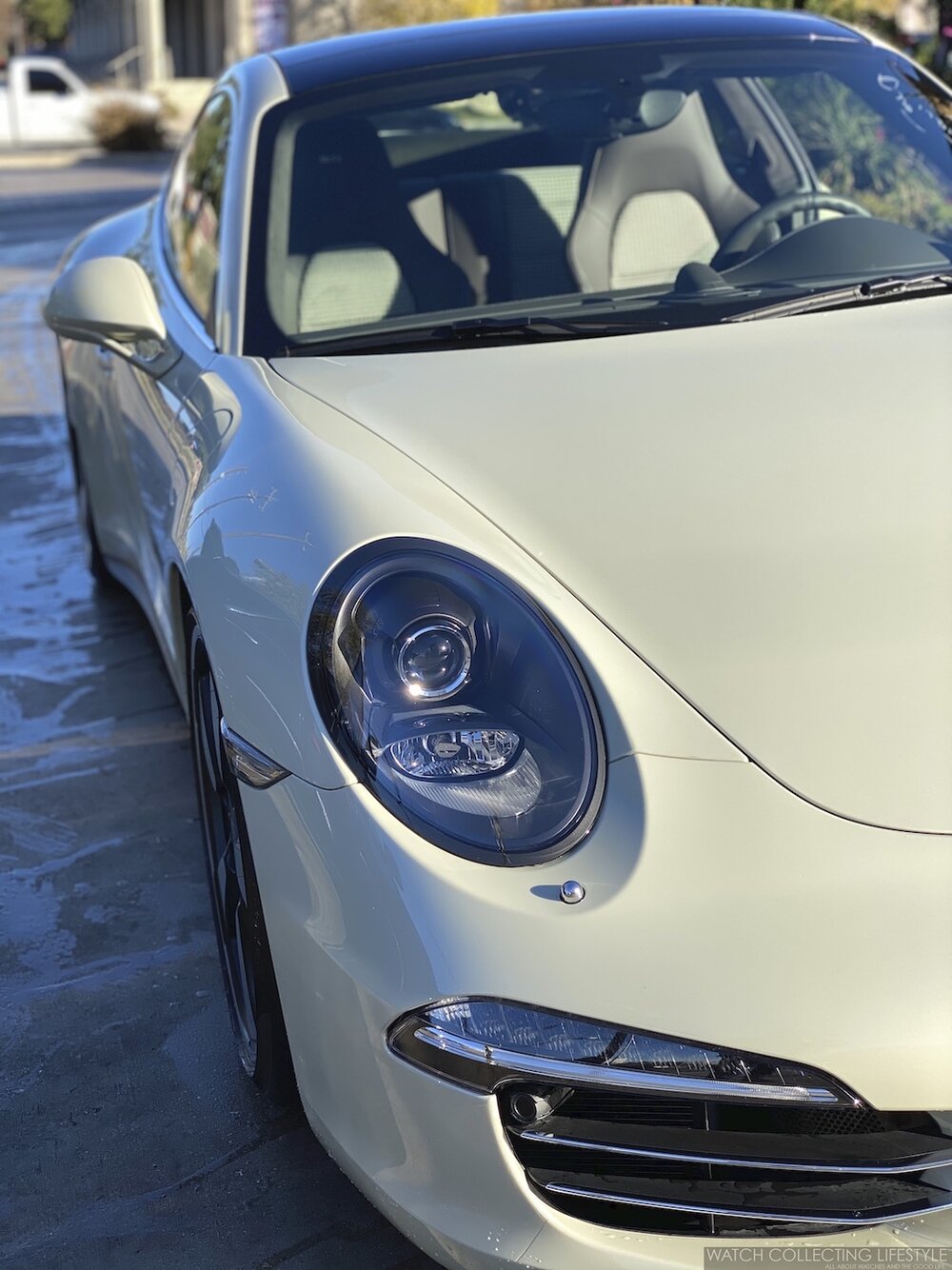 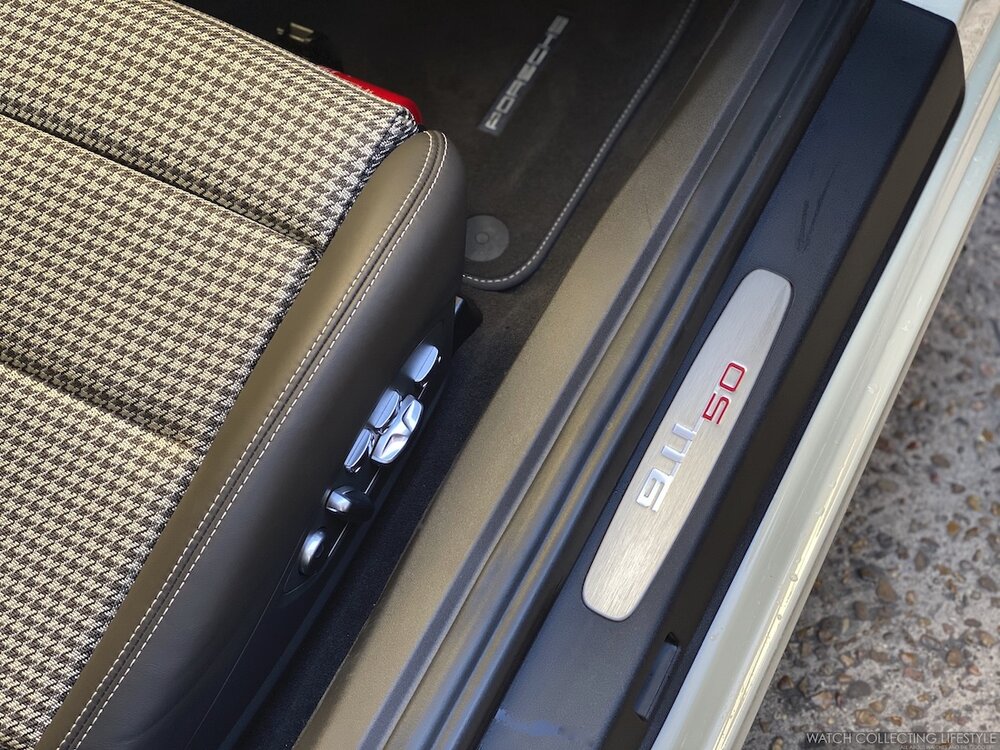 Over one million Porsche 911s have been built to date, making it the most successful sports car in the world. The 50th anniversary Porsche celebrates the launch of this amazing automobile in a coupé flat-six rear engine and rear-wheel-drive car. With 430 hp, capable of going from 0 to 60 mph in mere 3.8 seconds, the anniversary 911 features a wide-body typically reserved for the all-wheel-drive Carrera 4 models. This special edition was limited to 1963 cars, a number that represents the year when the first 911 was presented.

In order to further excel at commemorating the first 911, this 50th Anniversary Edition features several vintage-inspired details perfectly executed under their very strict modern standards, very much like the look of the Patek Philippe Calatrava Pilot Travel Time ref. 5524G. The interior features a combination of gray or black leather with fabric —Pepita Houndstooth pattern— inserts for the seats, embroidered headrests with two-tone “911 50” lettering and an instrument panel with green numerals on the gauges and white hands in a nod like on the original 911. Additionally, the gas, clutch and brake pedals are totally metallic with no rubber coating. 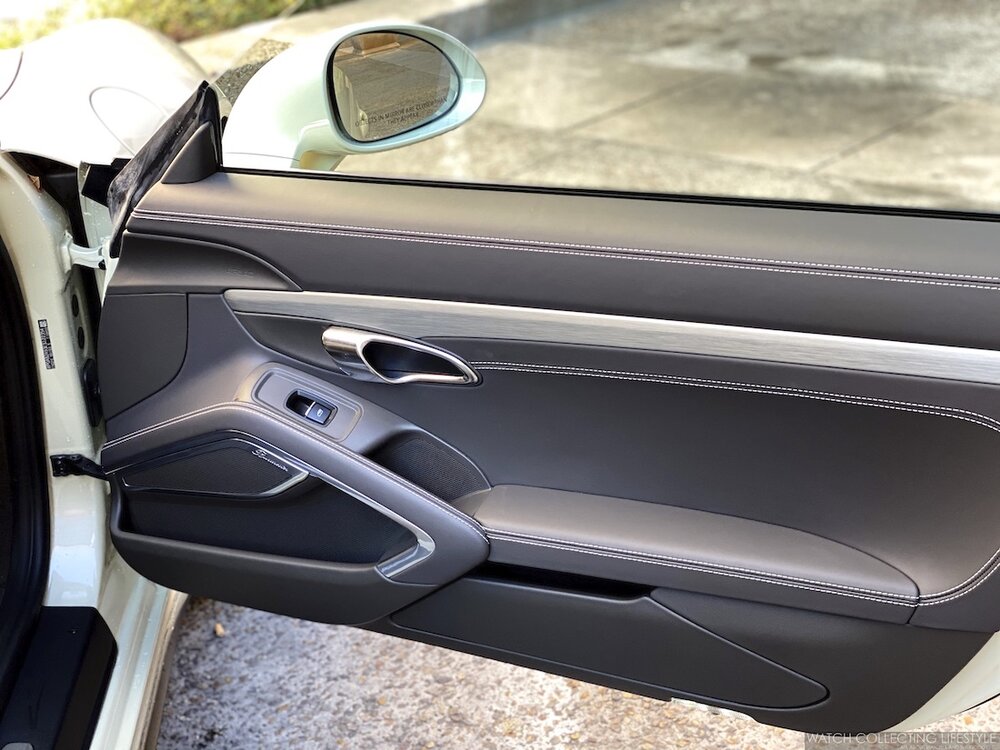 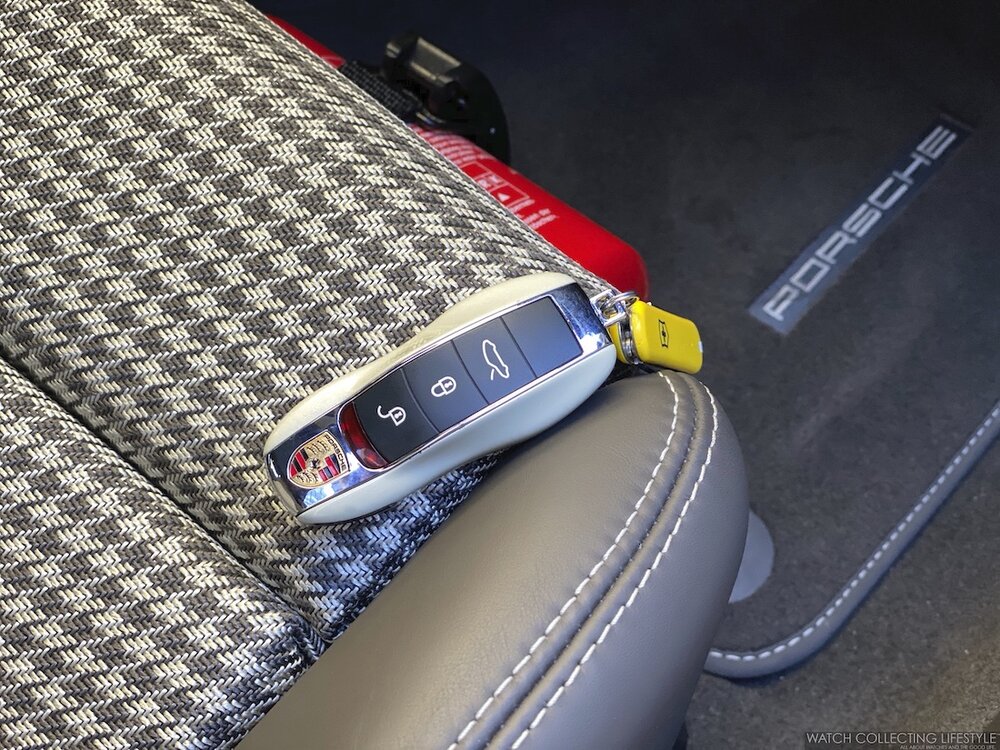 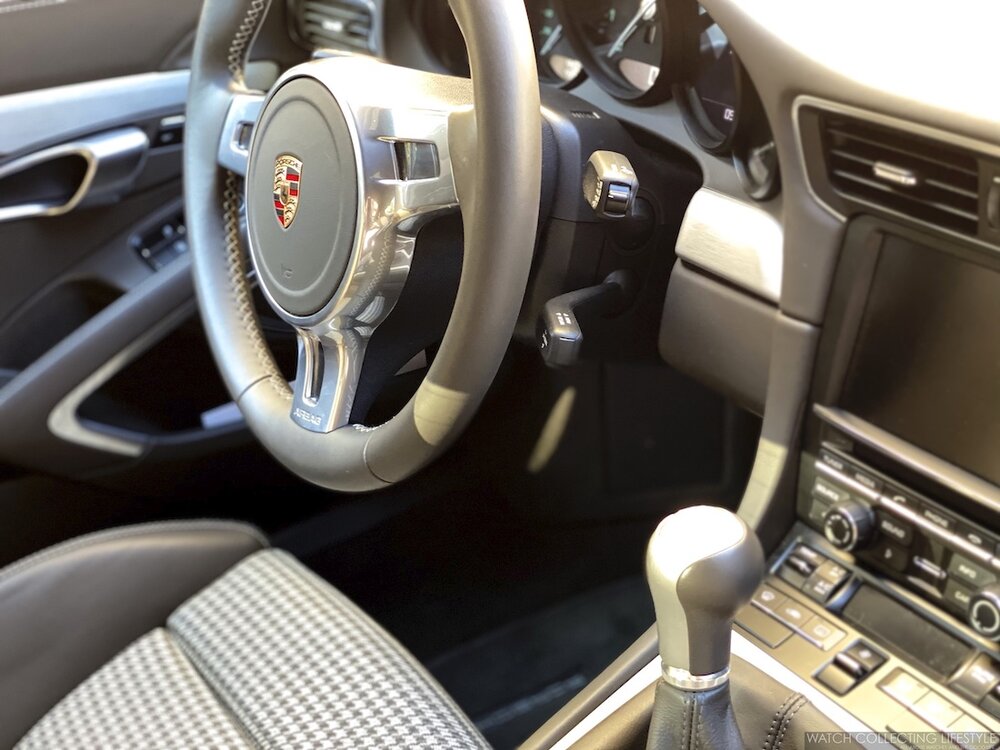 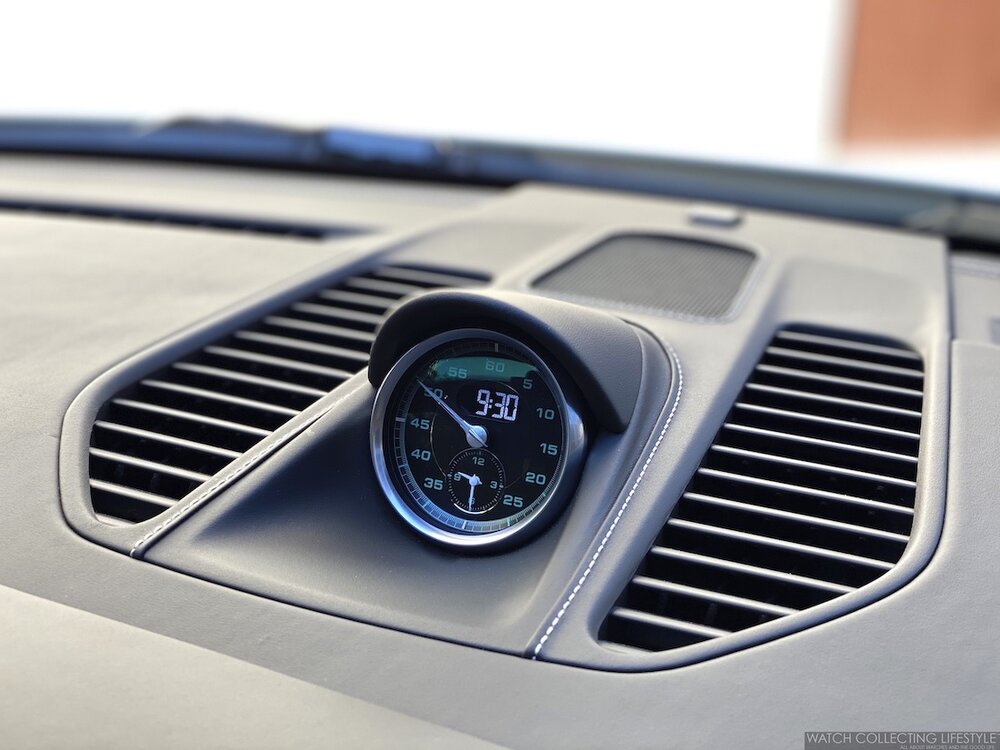 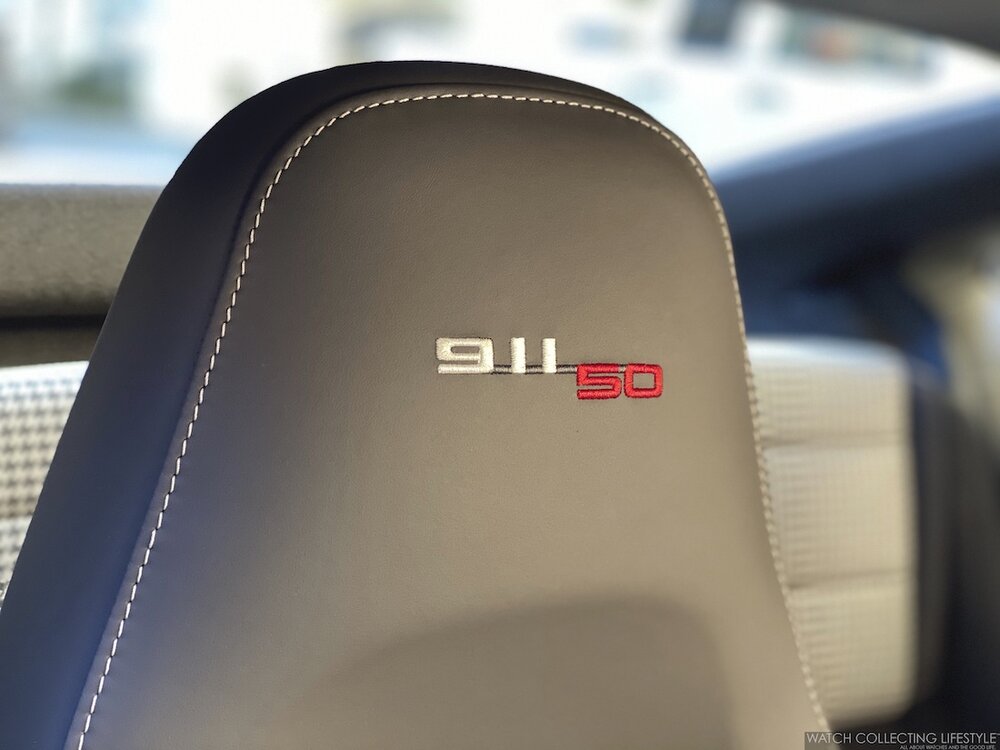 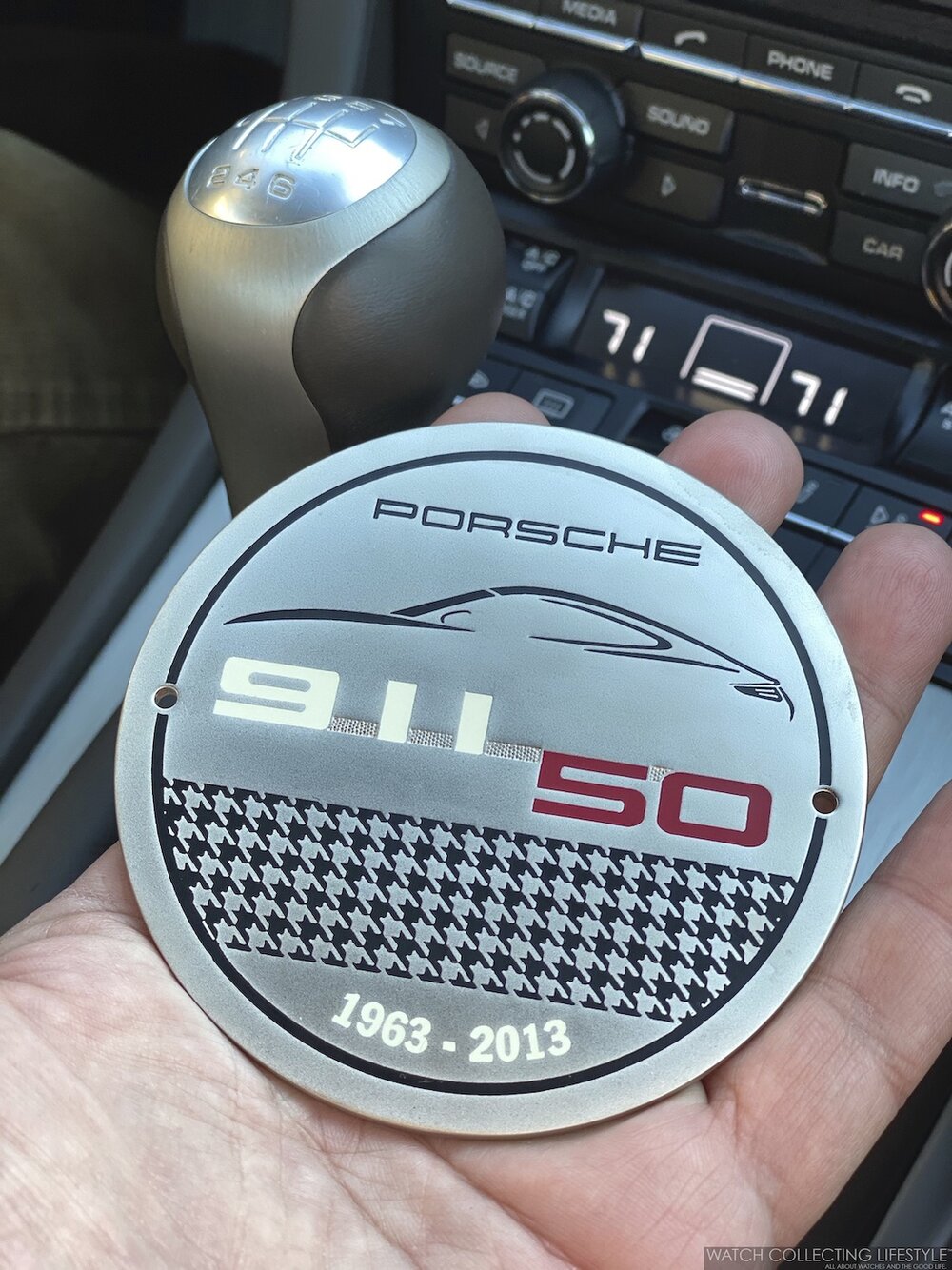 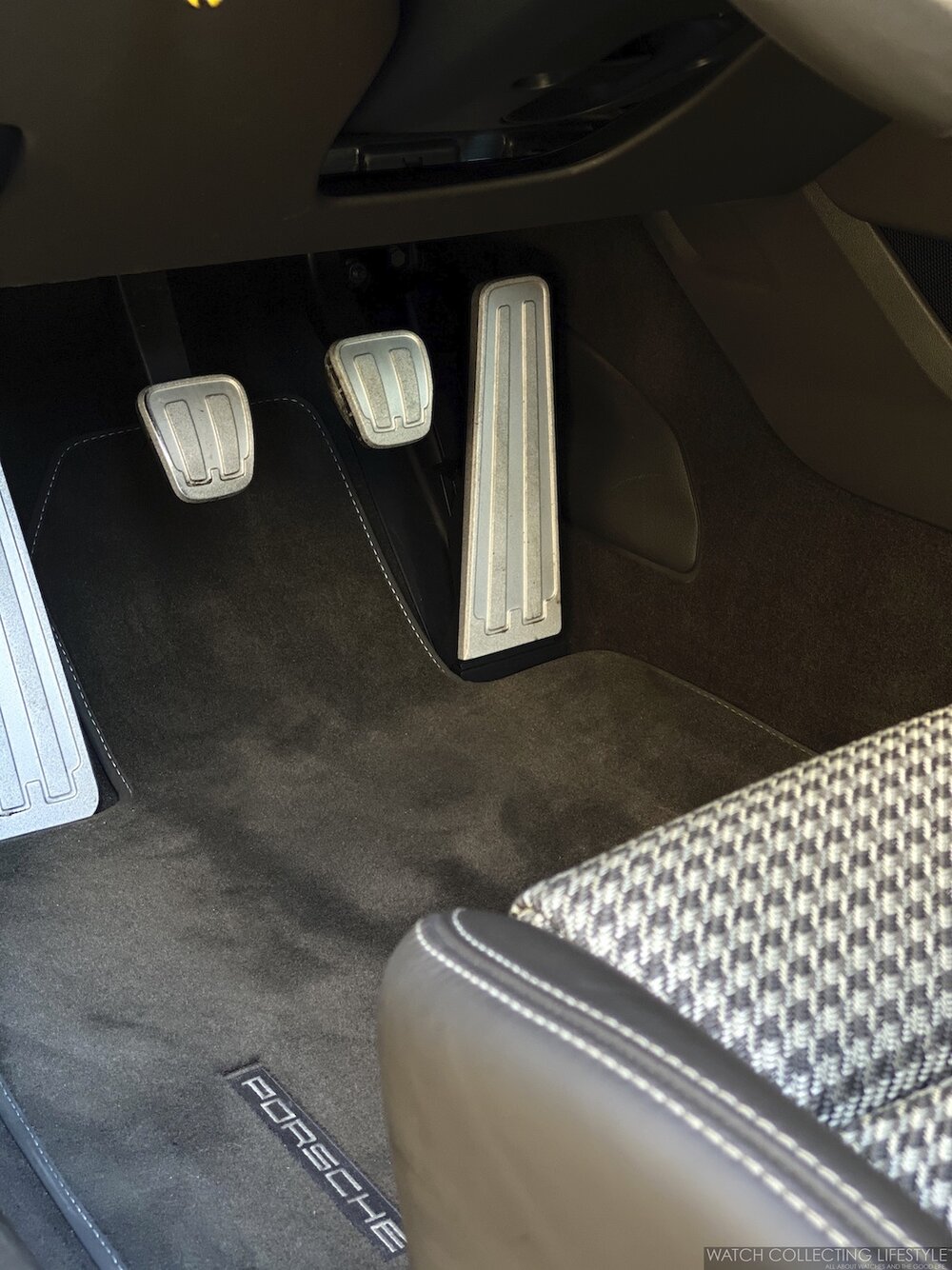 As far as the exterior goes, this was as carefully designed as the interior and it features the quintessential two-tone 20-inch Fuchs-style wheels and a very subtle chrome trim added to the front intakes, window surrounds and even to the rear deck louvers. This beautiful car was only available in three colors: Graphite Gray, Black Monochrome and Geyser Gray, which is really an eggshell creamy ivory color like the one we have here. 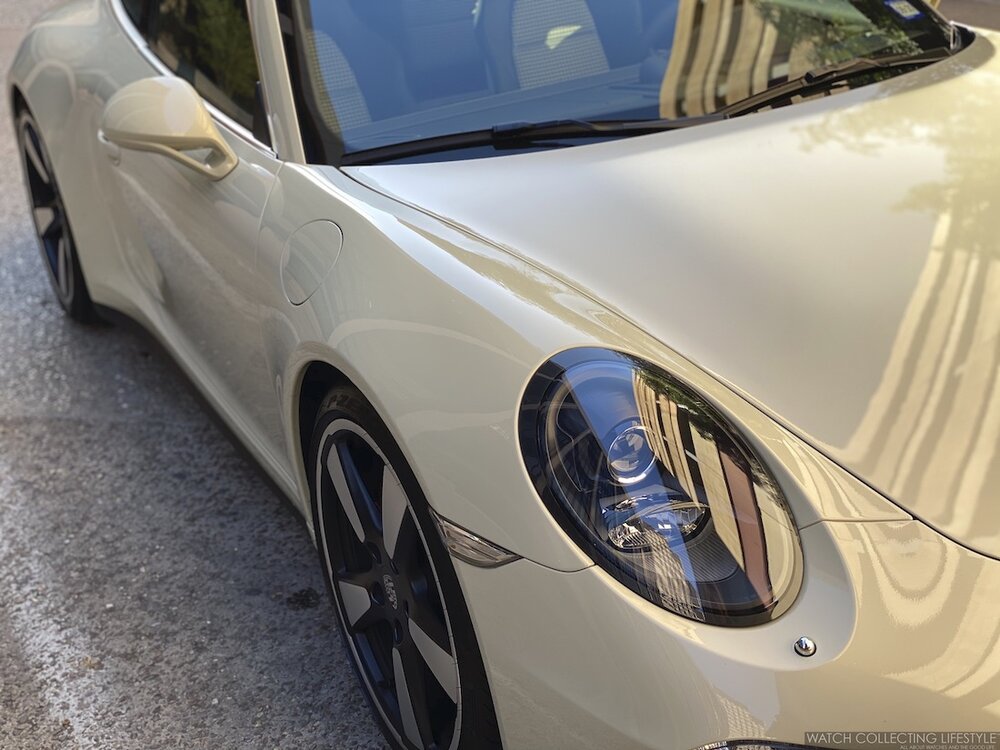 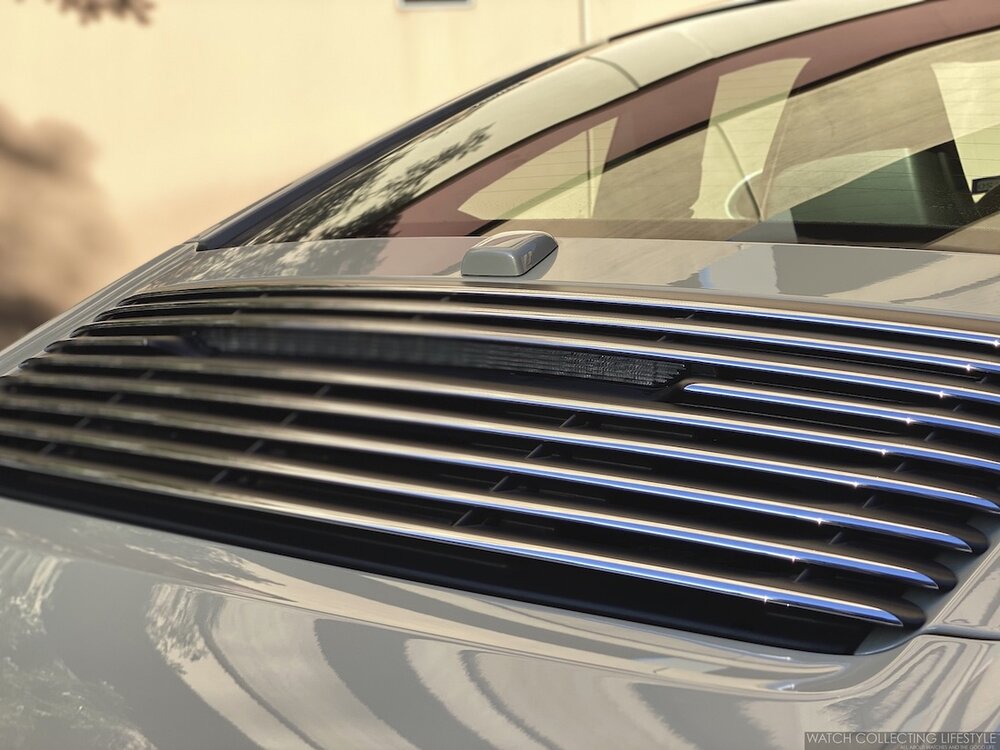 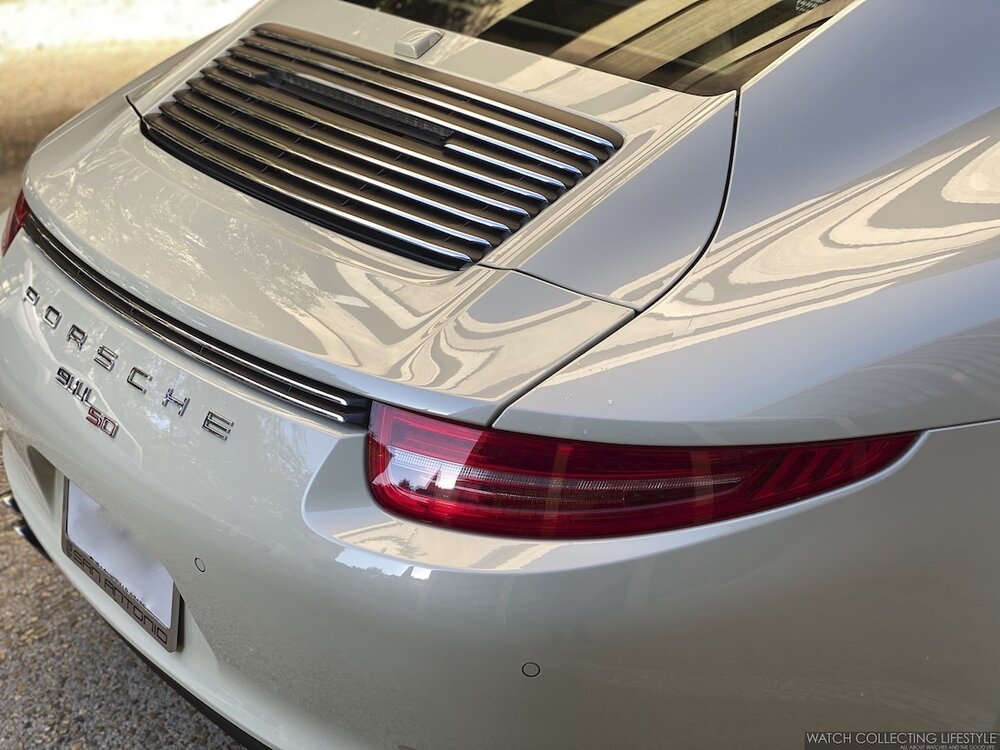 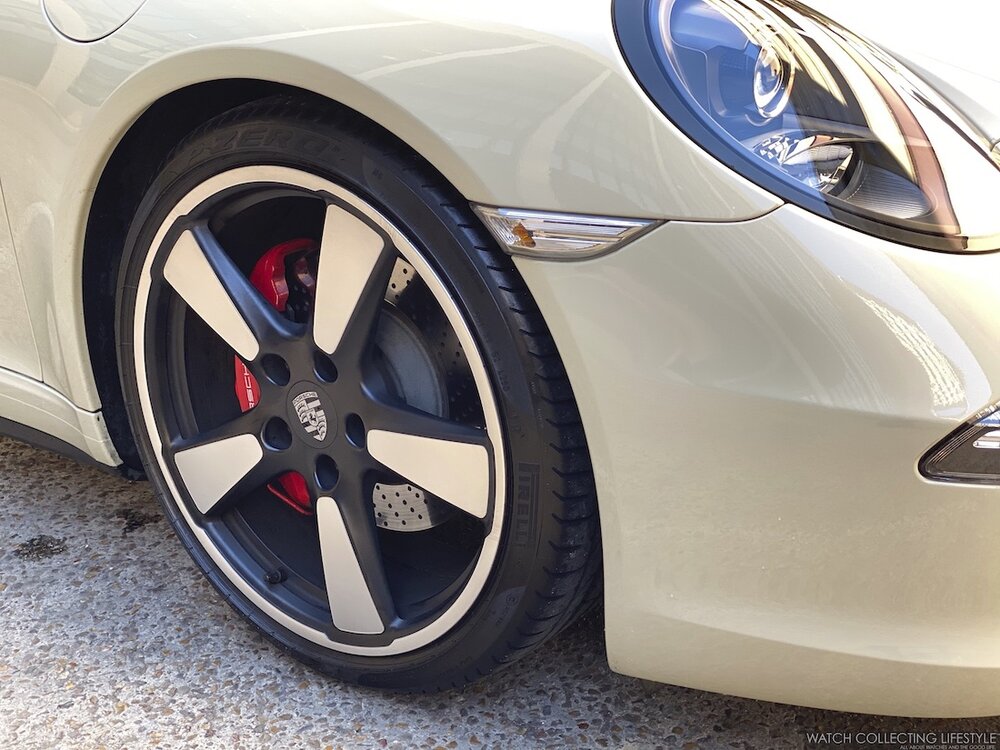 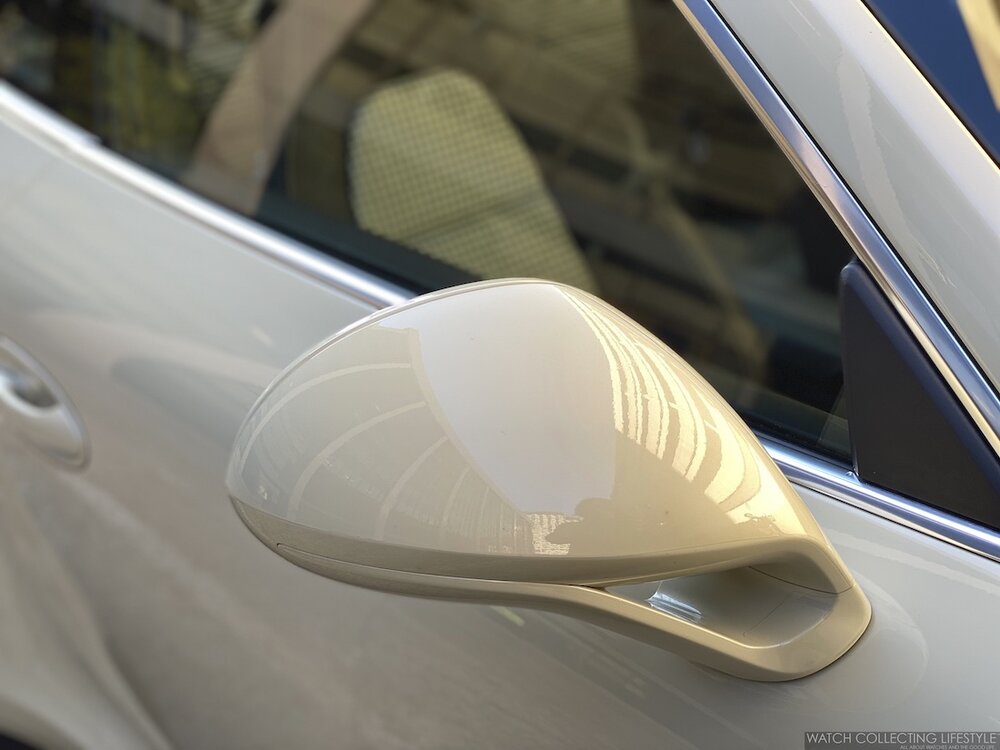 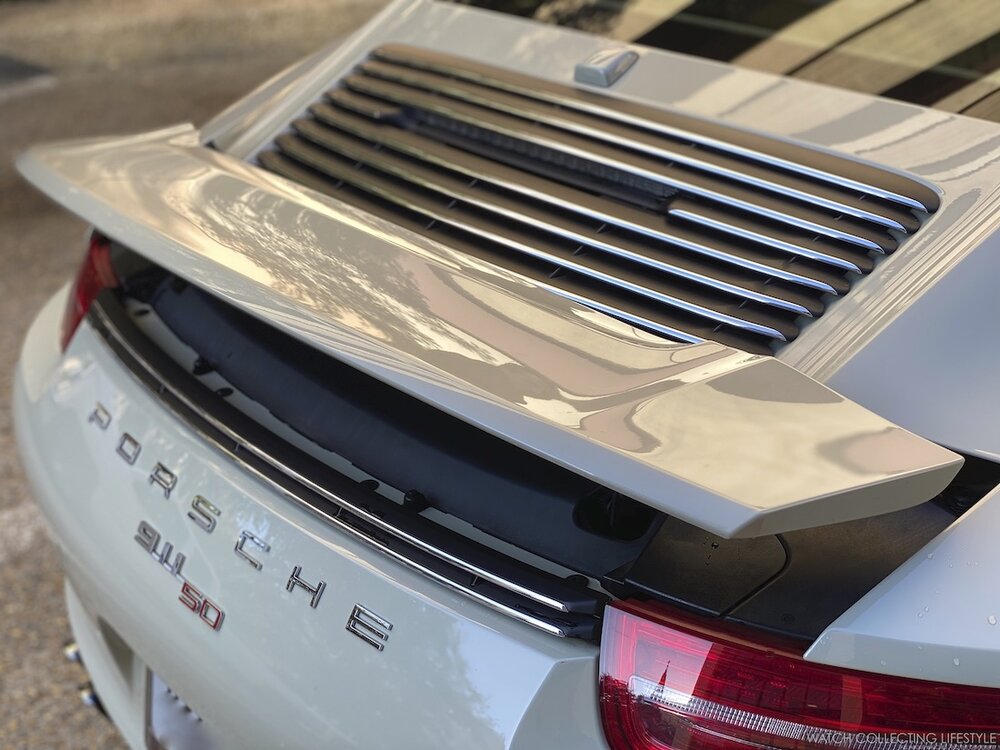 In addition to all the details, we pointed out about the Porsche 911 50th Anniversary Edition, one design feature in particular that we love is the perfectly executed red-silver logo that has been intelligently placed in different areas of the car such as on the back in between the taillights, on the door-sill guards, embroidered on the headrests and on the dashboard right above the glove compartment where there is an individually numbered plate for each car.

Last Know Sticker Price $124,100 USD for the base model. For more info on Porsche click here. 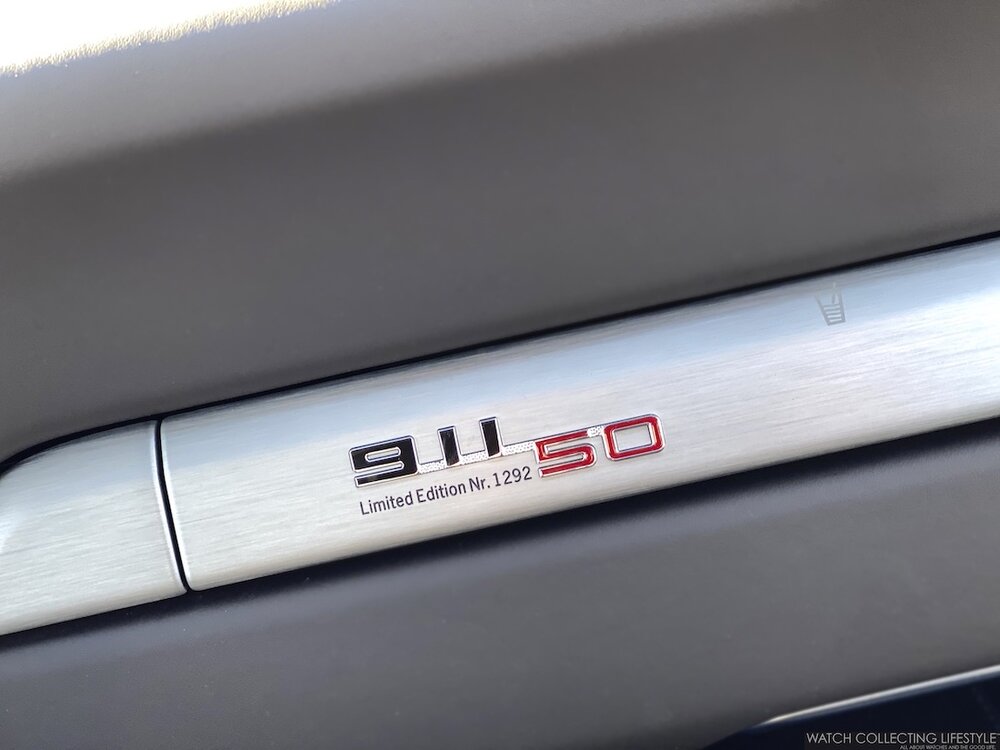 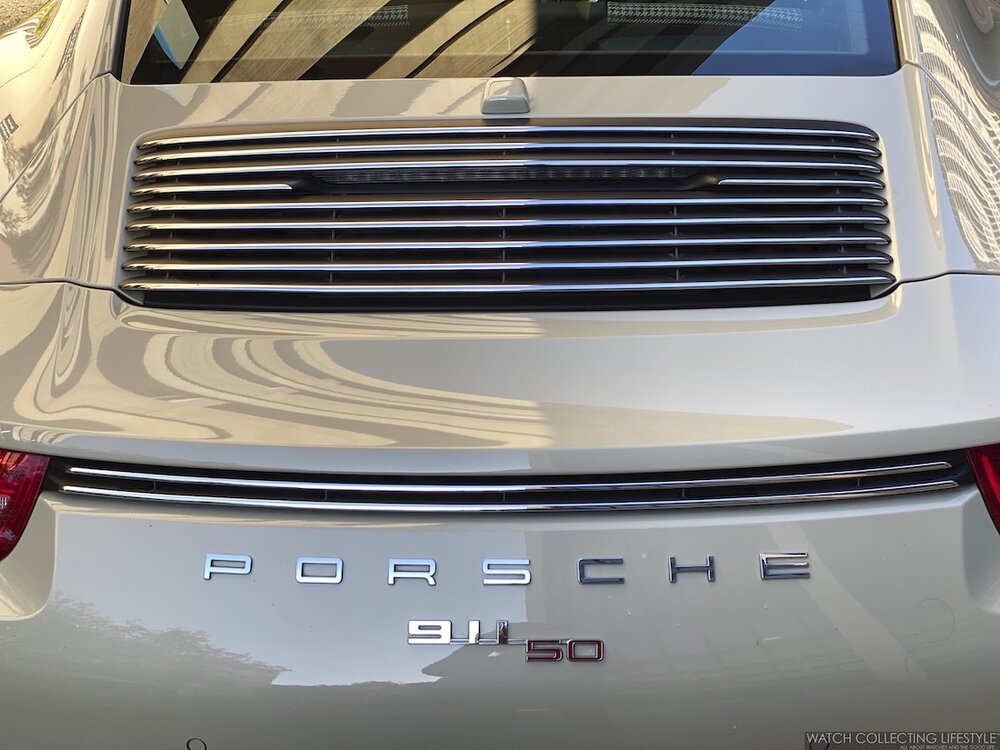 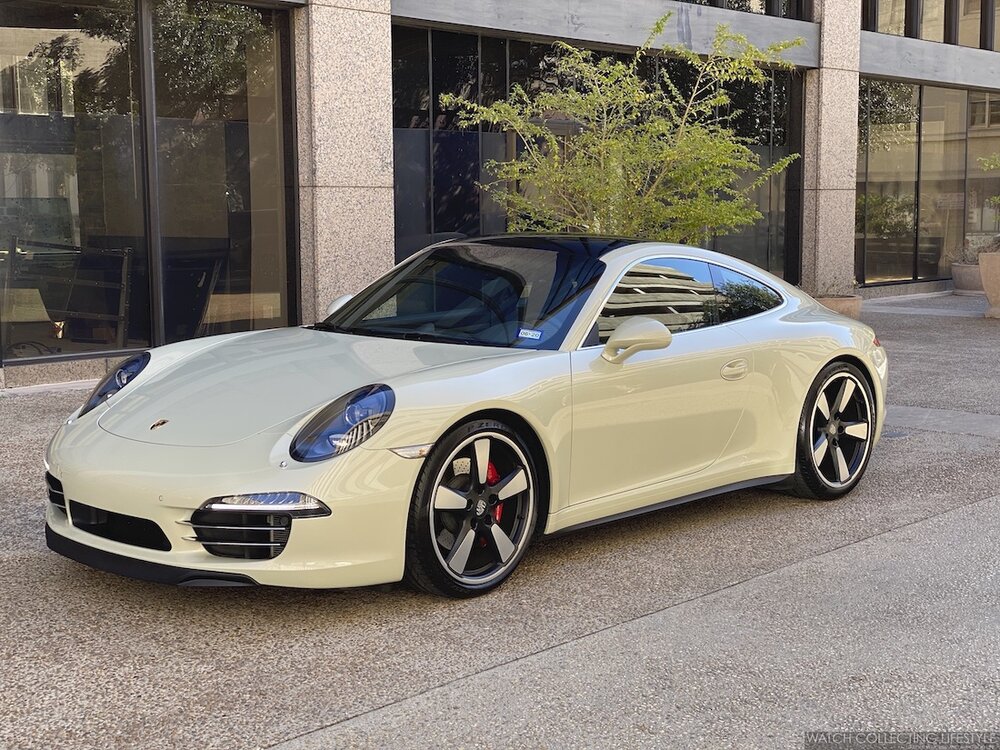