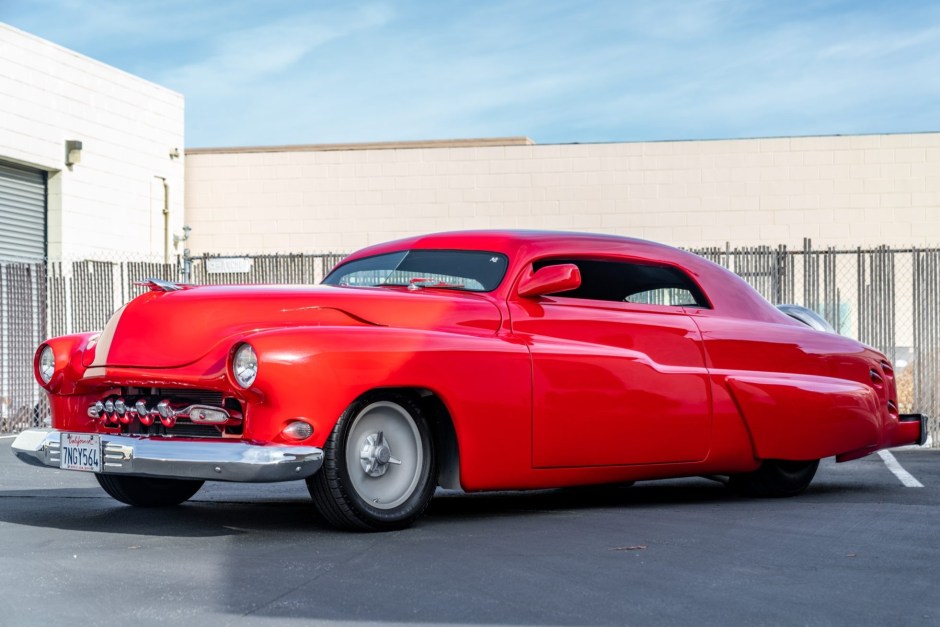 This 1951 Mercury coupe was acquired by the seller as a partially completed project in 2011 and was completed by Mark’s House of Hot Rods in Mansfield, Texas from 2012 to August 2015. The body was chopped, channeled, nosed, decked, and frenched before being refinished in pearlescent red over a custom black interior. Power comes from a 350ci V8 paired with a three-speed automatic transmission, and other features include a Morrison chassis, a Mustang II front suspension, front disc brakes, smooth 16″ front wheels, 15″ rear wheels, a tubbed rear end, rear-hinged doors, Classic Instruments gauges, and a custom sound system with Pioneer components. Approximately 1k miles have been added, and service in preparation for the sale consisted of changing the engine oil and transmission fluid. This modified Mercury is now offered with a car cover, the seller’s records, build photos, and a clean California title in the seller’s name. 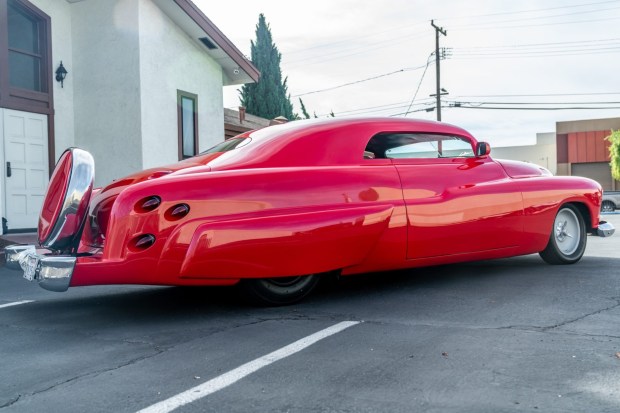 Under previous ownership the body was modified by chopping the roof 3.5″ up front and 5″ at the rear by Black Tie Classics of Stratford, New Jersey. Additional custom work was carried out by Mark’s House of Hot Rods in Texas after the seller acquired the car. The body has been nosed, decked, and frenched with custom taillights in the rear quarter panels. Other features include a modified DeSoto grille, side skirts, dual exhaust that terminates ahead of the rear wheels, and a 9″ oval rear window. The pearlescent red paintwork is shown up close in the photo gallery below. 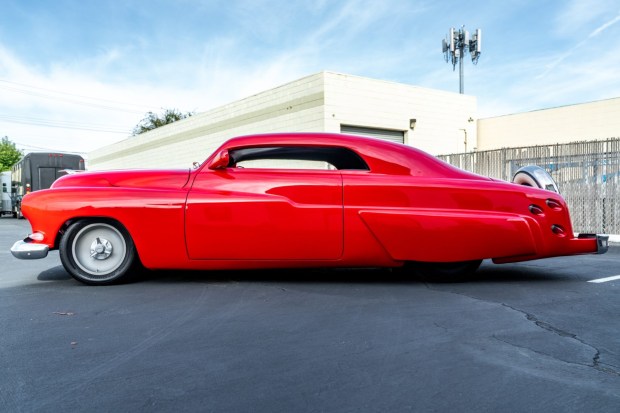 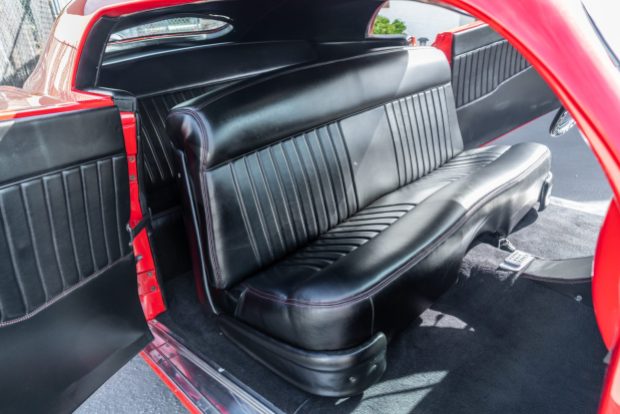 Rear-hinged doors open via remote control to expose front and rear bench seats with black upholstery. The door panels, carpeting, and headliner have been redone to match. A custom sound system with a Bluetooth-capable Pioneer stereo, Pioneer speakers, and subwoofer has been installed. 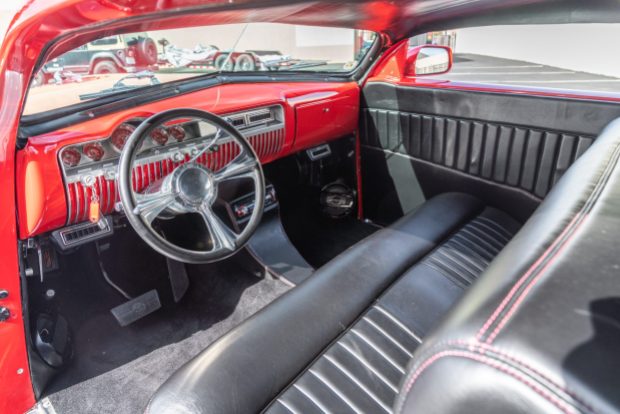 A three-spoke steering wheel is mounted on a Chevrolet steering column. Red-colored Classic Instruments gauges include a 140-mph speedometer flanked by four auxiliary gauges. The six-digit mechanical odometer shows just under 1k miles, approximately 400 of which have been added by the seller. 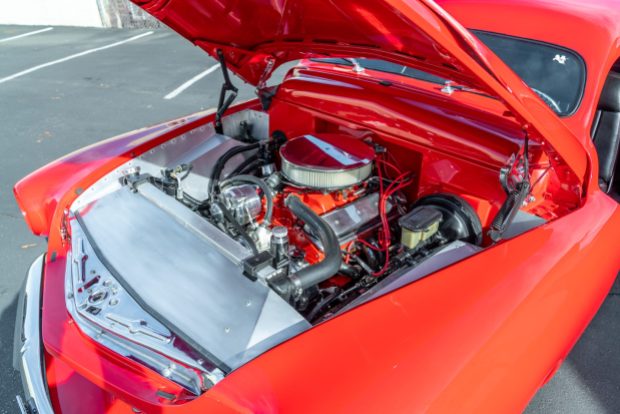 The 350ci V8 is said to have been ordered as a crate engine and has been fitted with a 500-cfm four-barrel carburetor. Aluminum panels were fabricated for the engine bay. 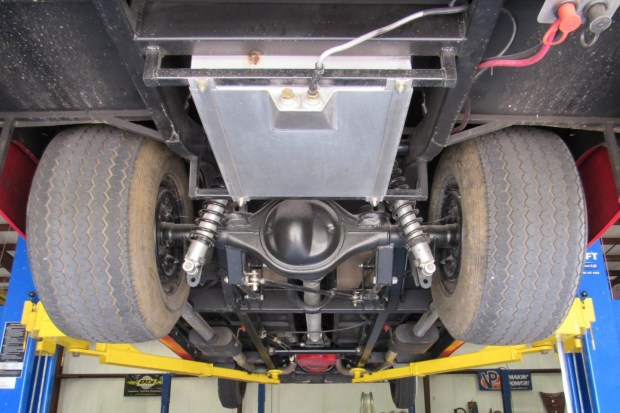 Power is delivered to the rear wheels through a three-speed TH400 automatic transmission that has been fitted with a shift kit. Additional images of the underside are presented in the gallery. 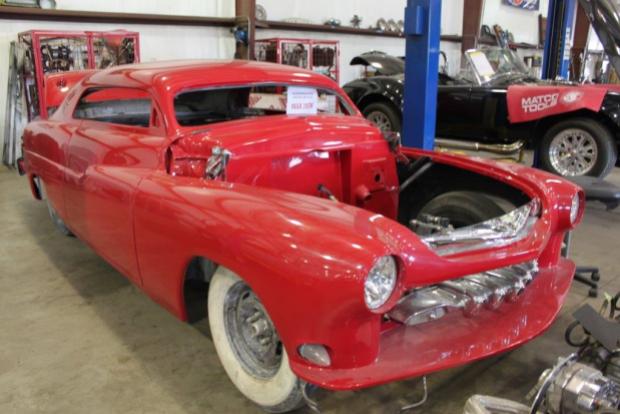 Photos toward the end of the gallery show the car at different stages of the build process, and a spread of included records is also depicted.