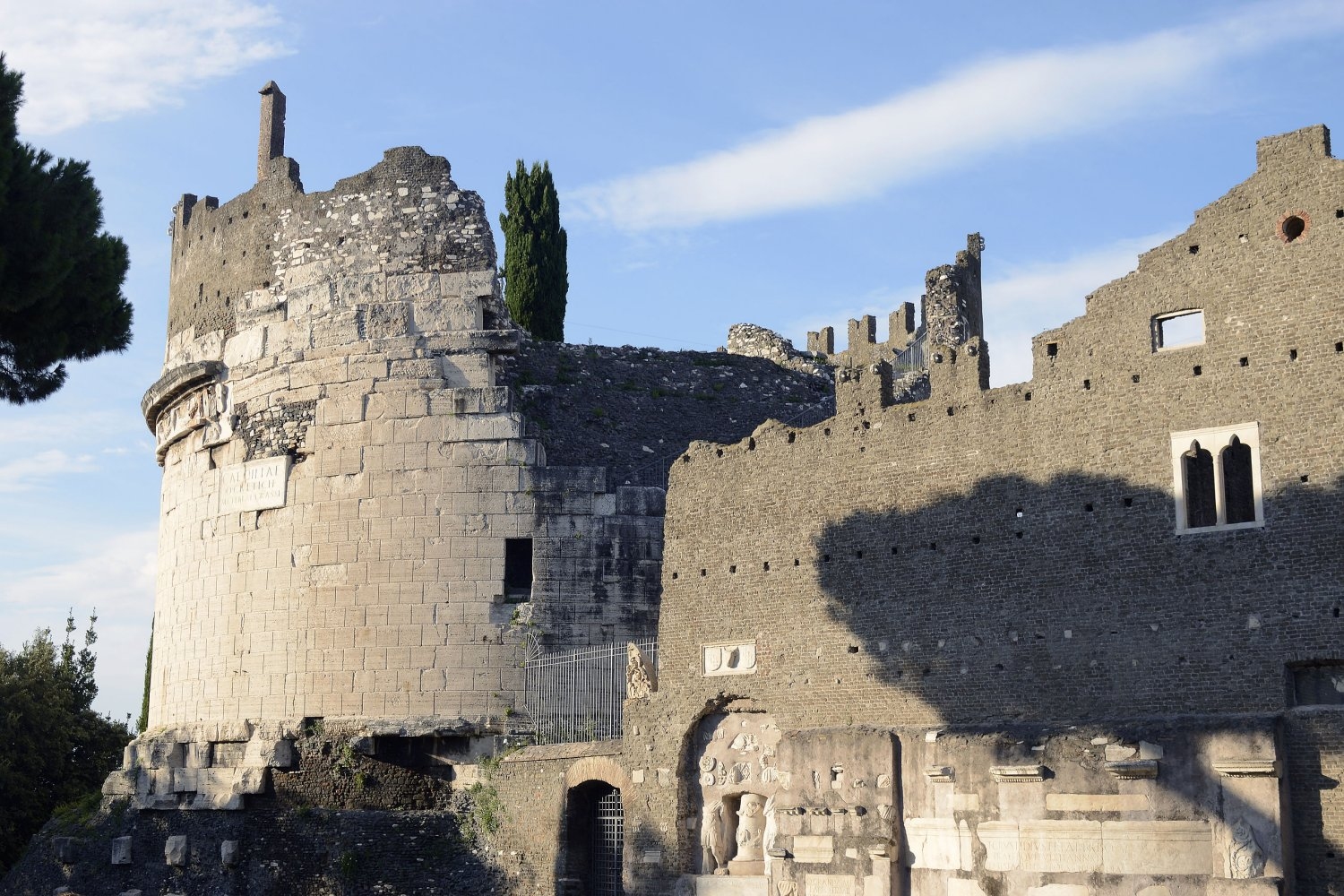 Concrete often begins to crack and crumble after a few decades of life — but curiously, that hasn’t been the case with many Roman structures. The structures are still standing, exhibiting remarkable durability despite conditions that would destroy modern concrete.

One particular structure is the large cylindrical tomb of first-century noblewoman Caecilia Metella. New research from MIT scientists and colleagues published in the Journal of the American Ceramic Society shows that the quality of the concrete of her tomb may exceed that of her male contemporaries’ monuments because of the volcanic aggregate the builders chose and the unusual chemical interactions with rain and groundwater that accumulate over two millennia.

“Understanding the formation and processes of ancient materials can inform researchers of new ways to create durable, sustainable building materials for the future,” says Masic. “The tomb of Caecilia Metella is one of the oldest structures still standing, offering insights that can inspire modern construction.”

Located on an ancient Roman road also known as the Appian Way, the tomb of Caecilia Metella is a landmark on the Via Appia Antica. It consists of a rotunda-shaped tower that sits on a square base, in total about 70 feet (21 meters) tall and 100 feet (29 m) in diameter. Built about 30 BCE, at the transformation of the Roman Republic to the Roman Empire, led by Emperor Augustus, in 27 BCE, the tomb is considered one of the best-preserved monuments on the Appian Way.

Caecilia herself was a member of an aristocratic family. She married into the family of Marcus Crassus, who formed a famous alliance with Julius Caesar and Pompey.

“The construction of this very innovative and robust monument and landmark on the Via Appia Antica indicates that she was held in high respect,” says Jackson “and the concrete fabric 2,050 years later reflects a strong and resilient presence.”

The tomb is an example of the refined technologies of concrete construction in late Republican Rome. The technologies were described by the architect Vitruvius while the Tomb of Caecilia Metella was under construction. Building thick walls of coarse brick or volcanic rock aggregate bound with mortar made with lime and volcanic tephra (porous fragments of glass and crystals from explosive eruptions), would result in structures that "over a long passage of time do not fall into ruins."

Vitruvius’ words are proven true by the many Roman structures standing today, including Trajan’s Markets (built between 100 and 110 AD, more than a century after the tomb) and marine structures like piers and breakwaters.

What the ancient Romans couldn’t have known, though, is how crystals of the mineral leucite, which is rich in potassium, in the volcanic aggregate would dissolve over time to beneficially remodel and reorganize the interface between volcanic aggregates and cementitious binding matrix, improving the cohesion of the concrete.

“Focusing on designing modern concretes with constantly reinforcing interfacial zones might provide us with yet another strategy to improve the durability of modern construction materials,” says Masic. “Doing this through the integration of time-proven ‘Roman wisdom’ provides a sustainable strategy that could improve the longevity of our modern solutions by orders of magnitude.”

Linda Seymour '14, PhD '21, who participated in this study as a PhD student in the Masic lab at MIT, investigated the microstructure of the concrete with scientific tools.

“Each of the tools that we used added a clue to the processes in the mortar,” Seymour says. Scanning electron microscopy showed the microstructures of mortar building blocks at the micron scale. Energy dispersive X-ray spectrometry showed the elements comprising each of those building blocks. “This information allows us to explore different areas in the mortar quickly, and we could pick out building blocks related to our questions,” she says. The trick, she adds, is to precisely hit the same building block target with each instrument when that target is only about the width of a hair.

The science behind a uniquely strong substance

In the thick concrete walls of Caecilia Metella’s tomb, a mortar that contains volcanic tephra binds large chucks of brick and lava aggregate. It is similar to the mortar used in the Markets of Trajan 120 years later. The glue of the Markets of Trajan mortar consists of a building block called the C-A-S-H binding phase (calcium-aluminum-silicate-hydrate), along with crystals of a mineral called strätlingite.

But the tephra the Romans used for the Caecilia Metella mortar was more abundant in potassium-rich leucite. Centuries of rainwater and groundwater percolating through the tomb’s walls dissolved the leucite and released the potassium into the mortar. In modern concrete, an abundance of potassium would create expansive gels that would cause microcracking and eventual deterioration of the structure.

In the tomb, however, the potassium dissolved and reconfigured the C-A-S-H binding phase.

“The X-ray diffraction and Raman spectroscopy techniques allowed us to explore how the mortar had changed,” says Seymour. “We saw C-A-S-H domains that were intact after 2,050 years and some that were splitting, wispy, or otherwise different in morphology. X-ray diffraction, in particular, allowed an analysis of the wispy domains down to their atomic structure. We see that the wispy domains are taking on this nano-crystalline nature,” she says.

The remodeled domains “evidently create robust components of cohesion in the concrete,” says Jackson. In these structures, unlike in the Markets of Trajan, there’s little strätlingite formed.

Stefano Roascio, the archaeologist in charge of the tomb, notes that the study has a great deal of relevance to understanding other ancient and historic concrete structures that use Pozzolane Rosse aggregate.

“The interface between the aggregates and the mortar of any concrete is fundamental to the structure’s durability,” says Masic. “In modern concrete, the alkali-silica reactions that form expansive gels may compromise the interfaces of even the most hardened concrete.”

In addition to Masic, Seymour, and Jackson, additional co-authors of the study include Nobumichi Tamura, senior scientist at Lawrence Berkeley National Laboratory. The research is funded, in part, by the U.S. Department of Energy ARPA-e program.