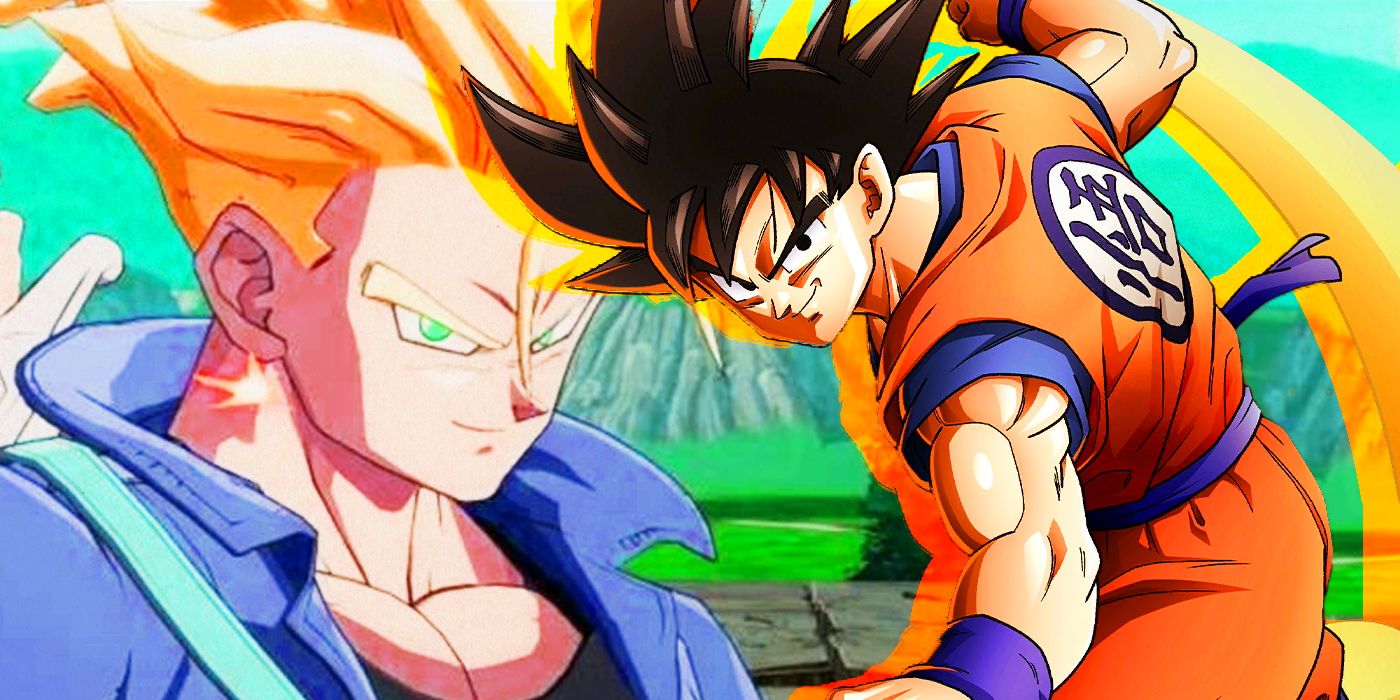 Dragon Ball Z: Kakarot - Everything We Know About Trunks: The Warrior of Hope

In Bandai Namco's popular video game Dragon Ball Z: Kakarot, players can live out their favorite moments and fights from Dragon Ball Z and Dragon Ball Super. The game just announced its third season of DLC set for release this summer. Titled "Trunks: The Warrior of Hope," the new campaign will take place in the franchise's darkest timeline as revealed by its announcement trailer. Here, Goku has passed away from a sudden heart virus, leaving Earth and the Z Fighters without their mightiest hero. While no gameplay footage was released and details about the campaign were kept to a minimum, here's what we known about the upcoming DLC season so far.

Judging by the trailer, the DLC is adapting the 1993 television special Dragon Ball Z: The History of Trunks, which was set in a divergent timeline. Six months after Goku's death, two androids suddenly appeared. Originally programmed by Doctor Gero in revenge for dismantling the Red Ribbon Army in Dragon Ball, the androids instead cut a path of destruction around the world, devastating entire cities.

RELATED: Dragon Ball: The Significance of Gohan Choosing to Fight in Piccolo's Outfit

While Piccolo and Vegeta led the Z Fighters to stop them, they were all brutally killed. This caused the Dragon Balls to become inert, with Gohan going into hiding and deciding to train Vegeta and Bulma's young son, Trunks, to become the latest Super Saiyan.

The DLC's title screen shows an adult Gohan from the alternate future with a teenage Trunks. Trunks' outfit matches what he wore in the DBZ special, while Gohan still has both arms; he would lose one arm defending Trunks in their initial skirmish against the androids. Given Kakarot's emphasis on exploring the overworld before moving into the franchise's signature fights, players will likely be able to explore the post-apocalyptic alternate future culminating in fights against the androids and Trunks mastering the Super Saiyan transformation in a last ditch effort to save his timeline.

The DLC will likely stay entirely within the confines of the TV special's narrative, potentially ending with Trunks receiving the time machine from Bulma that allows him to visit the Z Fighters before Goku develops the heart virus and change history. The main campaign already gave players the ability to play as Future Trunks in fights against opponents like Mecha Frieza, meaning the inclusion of fights in the main DBZ timeline is unlikely.

That said, an epilogue where Trunks returns to his own time, after the Cell Games, to defeat the Androids and Cell created in his timeline is a distinct possibility. It may also be possible for players control more than just Trunks, potentially adding Future Gohan as a playable character, though this is currently unconfirmed.

"Trunks: The Warrior of Hope" is expected to be Kakarot's final story DLC campaign, with previous content released in 2020 adapting Dragon Ball Super's first two story arcs. The game has recreated the franchise's greatest battles in third-person, fast-paced action, while allowing players to explore the wider world of Akira Toriyama's perennially popular manga and anime franchise. With the final DLC campaign coming this summer, the darkest side of Dragon Ball Z can be explored through the eyes of its time-traveling hero from an alternate future.

Developed and published by Bandai Namco, Dragon Ball Z: Kakarot is now available for PlayStation 4, Xbox One and PC. "Trunks: The Warrior of Hope" will be available summer 2021.

KEEP READING: Dragon Ball: 5 Forms That Haven't Happened Yet - But Totally Could

Dragon Ball Z: Kakarot - Everything We Know About Trunks: The Warrior of Hope