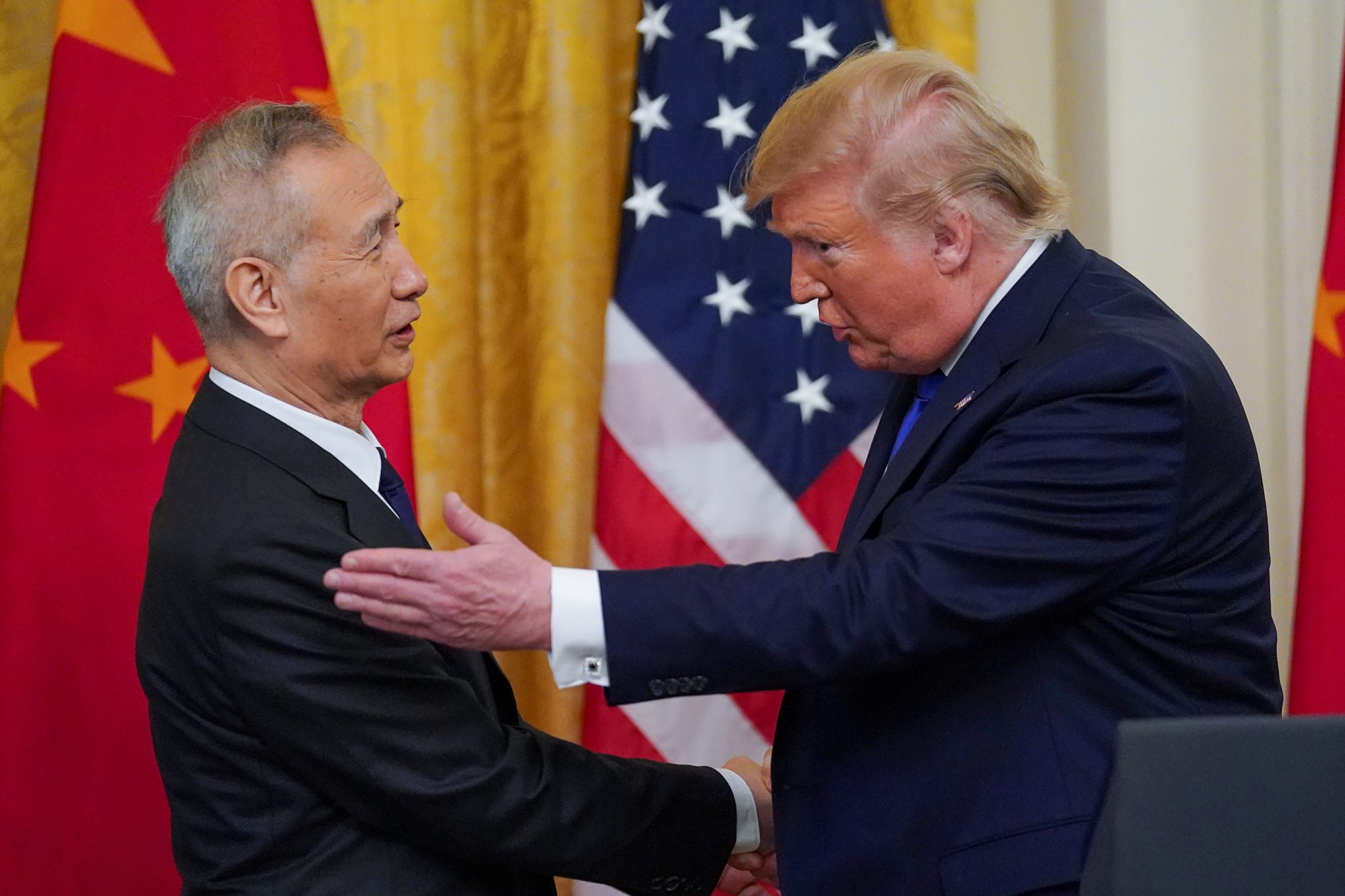 Phase one of the US–China Economic and Trade Agreement was signed on 15 January 2020 in an step to end the trade war that began in March 2018. China promised to greatly increase its imports from the United States in exchange for no further hikes in US additional tariffs on imports from China. A ceasefire is now in place, but many challenges remain.

It is still uncertain if and when the United States will abolish the additional tariffs it has imposed on imports from China so far, an action that US President Donald Trump will likely leverage as a bargaining chip in future negotiations. High US tariffs and a sharp increase in imports from the United States, as committed by China in the Agreement, will not only reduce the bilateral trade imbalance but also place further downward pressure on a Chinese economy already suffering from the COVID-19 shock.

The Agreement does not mention China’s ‘Made in China 2025’ industrial plan or government subsidies to state-owned enterprises, both of which are of significant American concern. These policies have been kicked down the road to be central issues in future negotiations. Their status as key pillars of China’s ‘state capitalism’ will make any negotiated compromise difficult to achieve.

Some economists hope that the Agreement will exert external pressure on China to engage in economic reform similar to those it made when joining the WTO in 2001. But there are decisive differences between the two situations. The WTO is a multilateral arrangement that applies the most-favoured-nation principle among its members. In contrast, this Agreement is bilateral and measures generally do not apply to third countries.

China’s accession to the WTO encouraged free trade through reductions in tariffs and other trade barriers, while the numerical targets set for imports from the United States in the Agreement were a step towards managed trade. This preferential treatment of the United States violates the most-favoured-nation principle.

Conflicts between the United States and China have spread from trade to technology. The United States is attempting to ban high-tech Chinese firms, such as Huawei, from US markets in the name of national security, while legislating against Chinese acquisition of US high-tech firms. The United States is also persuading its allies to take similar actions. China’s growth rate is already saddled by an ageing population and the drying up of surplus rural labour. Growth can be expected to decline even further if it cannot rely on imported technology to raise productivity.

As long as China continues to rise, the United States will treat it as a strategic competitor and the confrontation between the two countries is unlikely to subside. The Trump administration has shifted US–China policy from engagement to decoupling, aiming to sever its links with China by restricting bilateral flows of trade and investment, as well as technology and people. This strategy is producing results. China fell in the list of US trading partners from first place in 2018 to third place in 2019. Chinese investment in the US high-tech industry has virtually ground to a halt.

This trend towards a decoupling of the two largest economies may be aggravated by the ongoing COVID-19 pandemic. There is rising concern that the United States is excessively dependent on imports from China not only for consumer goods but also for key medicines and medical supplies. In response, President Trump’s top economic adviser Larry Kudlow suggested that the US government should literally pay US companies to move from China back to the United States. On 30 April, President Trump threatened China with new tariffs, as he claimed to have seen evidence of COVID-19 originating in a lab in Wuhan.

Decoupling between the United States and China may lead to the disintegration of the world economy into trading blocs, reminiscent of the Great Depression. Charles Kindleberger, an intellectual architect of the Marshall Plan, argued that the Great Depression was the result of the US failure to provide such important public goods as a stable and open international monetary, trade and financial system after it had overtaken Britain as the leading global power.

Almost a century later, the world seems to be falling again into a ‘Kindleberger trap’. A lack of leadership at the global level during a hegemonic power transition may once again cause a breakdown of the international order.

The United States — the fading power — has retreated to an isolationist foreign policy and distanced itself further from international organisations. In the middle of a pandemic, President Trump went so far as to announce a halt of US funding to the World Health Organization, which he criticises as China-centric. China — the rising power whose economy is still only about two-thirds the size of the United States in terms of GDP — is not yet ready to fill the power vacuum of global leadership left behind.

It is unfortunate that the COVID-19 pandemic is taking place at a time when the international order is in disarray. Turning antagonism into cooperation among nations, particularly between the two major powers, is no doubt needed to overcome the COVID-19 crisis and the Kindleberger trap that looms behind it.

C H Kwan is a Senior Fellow at the Nomura Institute of Capital Markets Research, Tokyo.

This article is part of an EAF special feature series on the novel coronavirus crisis and its impact.