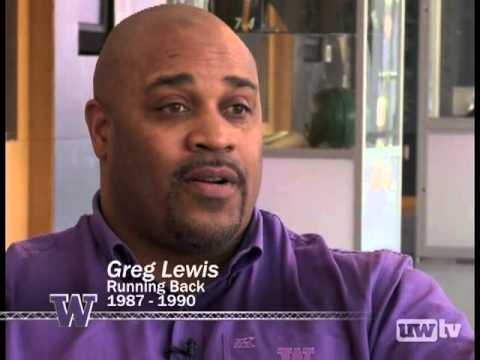 710 Classic Picks: Shannon Drayer on ‘All I saw was purple’ and her personal ‘Field of Dreams’ connections

With the sports world at a standstill, we’re checking in with the cast of characters from 710 ESPN Seattle and 710Sports.com to find out what they’ve been watching or reading to get their sports fix, or what sports memories they have that other fans in the Seattle area (and beyond) might connect with.

Schedule: Classic Mariners games air at 7 every night on 710

Here’s what Mariners insider Shannon Drayer has picked out.

Otherwise known as the “All I saw was purple” game. The full quote came from a beleaguered and possibly at the time shell-shocked Todd Marinovich: “I just saw purple. That’s all I saw. No numbers, no faces, just purple.”

You thought I might go baseball? Well, that is how incredible the performance by the Huskies’ defense was that day, or season for that matter. To hear “Robo-quarterback” Marinovich completely concede overwhelming defeat at the end of that monstrous game? Unbelievable. Yet make no mistake, those comments were well earned.

I was there that day. As a member of the Husky Marching Band, I had a 50-yard-line view for most of the game, and an on-the-field end-zone view for the final 5 minutes of the first half. It was spectacular. If you want to have a good taste of what the Husky Stadium experience was like before the students were moved to the end zone, before the big screens, canned music and sound effects pumped in via sound system and before the distractions of end zone social areas take fans out of the seats, watch the final 2:00 of the first half.

Marinovich and the Trojan offense finally had fairly decent field position but the crowd kicked in, a 12th man like no other. The final 2 minutes took over 10 as USC could not hear the calls. Marinovich was able to get the ref to stop the plays a couple of times but also took a couple of delay of games and a sack. They kept getting closer and closer to the end zone to the point where USC running back Ricky Ervins, by his reaction, could hear what the drum majors were yelling at him. It was absolutely crazy and when all was said and done we had seen a third-and-39 and a minus-7 rushing performance on the board at the half. Marinovich had completed all of three passes and was intercepted two times.

It was an incredible performance by the Huskies’ defense as they broke the Trojans’ 20-game conference winning streak, beating them 31-0.

I have to go baseball here. Baseball with a very personal connection.

I love “Field of Dreams” for the same reason why most who love the film do. It’s a baseball fairy tale of sorts complete with the rallying cry of the game, the James Earl Jones “People will come, Ray” monologue. And who doesn’t feel at least a twinge when the music kicks in and Ray finally has that catch with his father?

For me, the film is also intensely personal. Baseball and corn, for goodness sakes. I’m from Illinois! We played in cornfields as kids and you better believe there were times when the imagination ran wild about the possibilities, and not in a “Children of the Corn” type fashion. It’s probably hard to understand if you are from the Pacific Northwest where the views are so majestic but I have always seen the beauty in a cornfield on a still evening in the waning minutes of sunlight. This film gave us that.

There are also areas that I recognized instantly the first time I saw the movie. Doc Graham’s back-in-time Minnesota walk from his office to his home actually took place in Galena, Ill., a little touristy town with beautiful 19th-century buildings on the Mississippi River we would sometimes visit when I was a kid. The giveaway? The cable car climbing the hill and my favorite candy store he walked by.

My biggest love for the movie, however, comes from the final scene. The final seconds of the movie right before the credits begin to roll. As the father-son catch takes place, the camera pans away and the wide shot shows a long line of car lights heading toward the field. As the camera pulls back further you can see the cars are coming for miles. Those lights were not computer generated. They were actual cars driving to the field and one of them was driven by my grandfather. The production team had gone to neighboring towns, dropping in at a number of clubs to ask the members if they wouldn’t mind helping out with the movie and driving out into the middle of a cornfield. It was a story my grandfather, who also loved the game of baseball, always enjoyed telling.

Book: “The Glory of Their Times” by Lawrence S. Ritter

There are so many great baseball books. “Ball Four,” “The Arm,” any of the Jane Leavy biographies. My No. 1 book, however, is “The Glory of Their Times” by Lawrence S. Ritter.

The book is an oral history of the game provided by an author who in the early 1960s went on a six-year, 75,000-mile journey to track down the men who played the game in its early days. There is so much of the history of our game we simply would not have if Ritter, inspired by the death of Ty Cobb, had not embarked on this journey. When he found players, he would sit with them, turn his tape recorder on, and listen. Each chapter a different player telling his own story, painting the picture of what baseball was from the turn of the century to the late 1940s.

I love the stories, I love the process that went into this project, I love the execution and how the author gets out of the way completely but gets the goods. If you ever wanted to learn more about the history of the game before the modern era, this is the book.

I would say this film is eye-opening, except it is not. We have long known that the path for young Dominican ballplayers is much more different than that of their American counterparts. We have heard story after story of players who have had to drop out of school at an early age and leave their families to pursue a career in baseball that could ultimately rescue them from poverty. We know of the “buscones” who take ridiculous commissions from the players they develop.

We know all of these things, but the documentary “Ballplayer: Pelotera” puts a face on it – or more precisely two faces on it. It also takes us through their journey – which includes a costly age controversy for one of the players, current Twins slugger Miguel Sanó, which is typical of most players who come from the DR.

The documentary is an important reminder that unfortunately all is not equal when it comes to getting into this game and that there is still a lot of work to be done in improving this situation.

710 Classic Picks: Shannon Drayer on ‘All I saw was purple’ and her personal ‘Field of Dreams’ connections