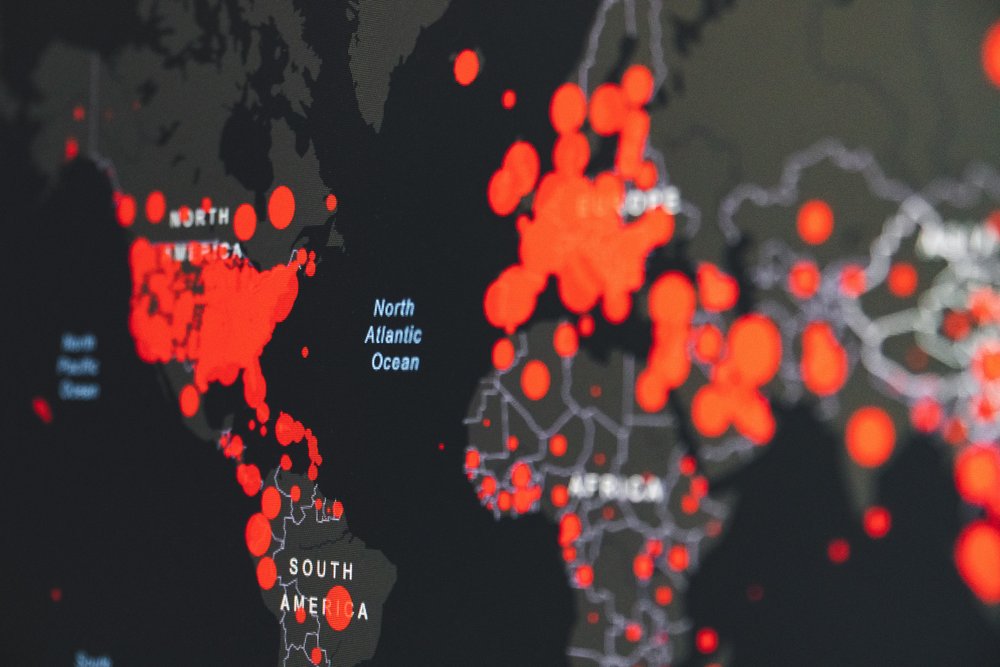 Europeans and Omicron: The Children of Hercules

This pandemic isn’t a random mutation of Nature. It’s a living product of imperial imagination

In Cyprus, the island of Aphrodite, I combed through 12,000 years of evidence on how people have related to ‘Nature’. Notably, a key shift toward a binary between people and ‘Nature’ was the ‘othering’ of life outside fixed imperial settlements. Protection from the beastly Nature of ‘the other’ was provided by The Master of Animals, a statue of whom currently stands in the British Museum. Today we know this character as Hercules, the fighter of Nature and its mythical beasts.

The news of Omicron reminded me of how many people, in Europe at least, still live in these Greek Myths. Sars-Cov-2 is the mythological monster that they are told they can fight off with medical weapons. European countries wield vaccines like Hercules’ sword, chopping off the heads of the hydra to protect themselves, while new Sars-Cov-2 variants grow back. Hercules stabbed the hydra with his burly arms, people jab their arms against the surly Sars-Cov-2 beast.

Vaccines become something Europeans possess, something that inhabits their body-politic in the battle against Sars-Cov-2. It is no wonder, then, that people living in the myth of a war against a so-called ‘nonhuman other’, promptly returned to business-as-usual once armed. That’s progress: shiny weapons. But by definition, that isn’t how effective public health works. We live in a global pandemic. The public is global. Vaccination needs to be global to contain Sars-Cov-2. A coordinated global campaign could have wiped out Sars-Cov-2 by now. Each sovereignty on the globe could have got on with it, many wanted to. But European lawmakers blocked this. If ‘anti-vax’ is a position that undermines vaccination as a public health strategy, this block was an anti-vax manoeuvre.

Fret not, however, Hercules promised to deliver vaccine charity! Yes, Africa, time to be told you will be saved again. No matter that prior to Sars-Cov-2 vaccines, Africa did comparatively better than Europe in managing the pandemic. No matter that countries like the UK undermined any possibility of a patchwork of test and trace containment strategies around the globe and subsidized the spread of Sars-Cov-2. No matter that scientists in Africa demonstrated the transparency required to coordinate global public health, many countries closed the shutters anyway. Never mind that Omicron didn’t even originate in Africa, these countries enacted a racist pandemic-promoting policy anyway.

Putting aside the fact that vaccine charity hasn’t materialized, vaccine sovereignty was blocked by European lawmakers because they were unwilling to remove the amulets of intellectual property, forged in the void of cost-benefit analysis. This basically means billionaires and their bank accounts instrumentalized their vested interests in the form of health economics, a language that lawmakers are groomed to respond to. This language of cost-benefit analysis concluding that the benefits of initiating an arms race against Sars-Cov-2, with copyrighted vaccines and boosters, outweighed the costs of wounding Hercules and the risk that the hydra may win. In other words, Europe and its big pharma are saying: ‘Fuck Africa and the rest of the world.’

This is not a new fight. It has been raging across the global microbiome way before Sars-Cov-2 reared its head — Itself a variant of a whole family of battle-hardened hydras. It was trained in host bodies, dumped along corporate trade routes, and hyper-subsidized by lawmakers. As climate breakdown feeds into micro-ecological breakdown, consequences of this ideology of limitless economic growth are transported and migrated. The ‘battle-hardened’ have the ‘costs’ of surviving inscribed in their social and biological histories. Whilst antimicrobial, antiviral, and antipest measures escalate, as they chemically pollute lifeways and litter the earth in grand barriers. But this is not an actual war. This talk of a heroic, virtuous fight is all Ancient Greek to me.

Instead, start by considering the Social Determinants of Health where the answers for preventing the spread of disease take place in a conversation far beyond vaccines, militarized discourse, and weaponized epidemiology. They include housing improvement, land justice, food sovereignty, decolonizing conservation, pandemic research for the people, a global pandemic treaty and more. These are the primary interventions that prevent the spread of disease, mitigate, and prepare us for future pandemics. This is the cutting edge of global public health, not the shoddy work of lackey academics and courtier journalists who would have you keep living in a pseudo-mythological-vaccine-fetish-eco-chamber where we can all role-play as dualistic pro-vax-liberal-racist-Hercules versus anti-vax-white-supremacist-Hercules. Please wake up from this imperial pseudo myth.

Europeans and Omicron: The Children of Hercules