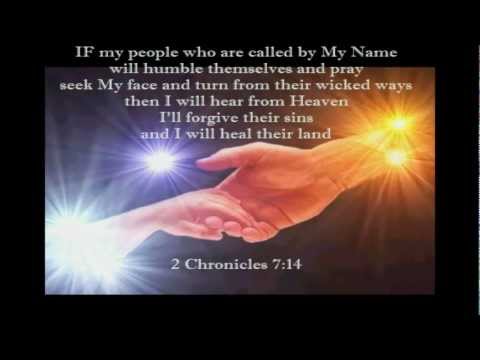 A Question and a Warning from the Lord.

In the 4th Century, St. Augustine lamented the decline of Rome and Roman culture. Like any good citizen, he loved his country and culture. But things were falling to pieces, decadence was everywhere. He struggled to understand this and accept it. In his sorrow he wrote The City of God which contains his own observations and explanations of a time much like our own wherein a civilization was collapsing.

There is something of a cycle that empires, nations, cultures and civilizations go through. They rise, sometimes heroically in a great struggle, they thrive, but then see decadence and disorder set in as their very greatness turns to greed and then laziness. Their strength fades and an enemy easily overwhelms or simply replaces them. Is this cycle inevitable? No, there is a central and common cause of decline: they forsake God’s Laws whether known through the Natural Law or through revealed truth. Turning from the truth which alone sets them free, they turn lies and sin which enslaves and weakens.

Long before Augustine or us there were disasters that befell God’s people. A story from Second Chronicles speaks to our time and asks a focal question. Let’s consider the text and then apply it.

After the death of Jehoiada, the princes of Judah… forsook the temple of the LORD, the God of their fathers, and began to serve the sacred poles and the idols; and because of this crime of theirs, wrath came upon Judah and Jerusalem. Although prophets were sent to them to convert them to the LORD, the people would not listen to their warnings. Then the Spirit of God possessed Zechariah, son of Jehoiada the priest. He took his stand above the people and said to them: “God says, ‘Why are you transgressing the LORD’s commands, so that you cannot prosper? Because you have abandoned the LORD, he has abandoned you.’”

But they conspired against him, and at the king’s order they stoned him to death in the court of the LORD’s temple.

At the turn of the year a force of Arameans came…They invaded Judah and Jerusalem,[and] though the Aramean force came with few men, the LORD surrendered a very large force into their power, because Judah had abandoned the LORD, the God of their fathers. (2 Chronicles 24:17-25)

The contours of the story are clear enough; Israel abandoned the Lord and played the harlot worshiping the God’s of the Canaanites. This caused many evils such as wrath and a declining economy. Sin also weakens family ties, national unity and resolve. Hence even a small band of Arameans defeated them easily.

At a critical moment the prophet Zechariah asked them a focal question: “Why are you transgressing the LORD’s commands, so that you cannot prosper? Because you have abandoned the LORD, he has abandoned you.”

In other words, “Why are you being so foolish as to forsake the Lord and block your blessings? Call upon the Lord who you have abandoned! He is the only source of true blessing for you!”

But the people and the princes of the people thought his words hateful and stoned him to death right in the porch of the temple. So loathsome was this murder that Jesus would later single it out as especially evil and attach to it a very grave warning for the people of his time:

And so upon you will come all the righteous blood shed on earth, from the blood of righteous Abel to the blood of Zechariah son of Berechiah, whom you murdered between the temple and the altar. Truly I tell you, all these things will come upon this generation. (Matt 23:29-36)

And this great punishment did in fact come to pass. In 70 AD. Jerusalem and the Temple were destroyed by the Romans. Though the city has since been rebuilt, the Temple and the civilization and culture it represented has never been rebuilt. An era ended in April of 70. Zechariah’s haunting question had gone unanswered by them: ‘Why are you transgressing the LORD’s commands, so that you cannot prosper?” Their refusal to give an answer and make amends brought about the great warning: Because you have abandoned the LORD, he has abandoned you. Both Zechariah and Jesus warned different ages, but the warning now comes to us who, collectively transgress God’s Law, shed innocent blood and forsake God by both disbelief, but even more so, by marginalization.

Yes, in our own times we have marginalized God. Huge numbers of militant secularists have forsaken the worship of our true God and now give homage to the god of this age [who] has blinded the minds of unbelievers so they cannot see the light of the gospel of the glory of Christ, who is the image of God (see 2 Cor 4:4). Hating the truth, they call the truth hateful, preferring the darkness they call the light of truth harsh. God and the Holy Faith He inspired is obnoxious to them and they demand removal of all religious imagery, speech, and influence from the public square. Many others too, even if less militant, have no place for God or faith in their life. God is simply irrelevant to them and the Faith of which He is the author is outdated and out of synch with the virtue signalers of our time.

And what has all this gotten us? Arguably, the collapse of a once great civilization. Our pillars are shaken, and things are toppling fast.

Due to sexual misbehavior Many children never even see the light of day. Eighty-five percent of abortions are performed on single women. Hence fornication leads to abortion and we killed over sixty million of our own children since 1973 in the U.S. This blood cries for vengeance as Jesus noted above. We are and will pay dearly for what we have done in collapsing our families and killing our own children. This is a civilization killer.

Another pillar of any civilization is a strong culture. And at the heart of any culture is a shared “cultus” or devotion to God. We are currently engaged in a foolish experiment to see if we can have a culture without a shared cultus. We cannot. While America has had numerous sectarian differences over the centuries, there was still a basic and shared Judeo-Christian, biblical worldview. The moral vision of the Scriptures, even though not lived perfectly, was a fundamental reference. Norms about marriage, sexuality, human rights and justice were drawn from this shared vision. Even as regards slavery, while the founding fathers could not end it, the abolitionist movement rooted in the churches and denominations, did end it and the Civil Rights movement also rooted in the churches fought to end segregation and discrimination. This was done by appealing to the consciences of Americans rooted in the Judeo-Christian vision.

But in recent decades we have increasingly chosen to jettison this shared view in favor of subjectivism and a vapid, divisive and argumentative diversity that cannot unite us, rather than the a fruitful diversity united in a basic moral vision and yet enriched by diverse strengths and traditions. God and religious traditions, observances and norms are rejected with growing hostility. Faith is relegated to the margins and even, at times, legally excluded from the national conversation.

This in turn has led to a third and significant problem, the rise of subjectivism and relativism. In subjectivism the locus (or place) of truth moves from the object to the subject. What a thing really is, or what is plainly going on in a situation is suppressed in favor of subjective opinion about what a thing is or what is going on. In effect we move from a shared and external source for truth to a increasingly subjective source for “truth.” It is routine to hear a reasoned argument dismissed by someone saying, “That may be true for you, but it is not true for me.” But of course, this fundamentally misunderstands what truth is. Truth is not opinion, it is a declaration, based on evidence and revelation, of what conforms to reality. What this shift from the object to the subject means is that rational discussions can no longer be had. Appealing to a shared body of presumptions supplied by both an authoritative biblical worldview and reality itself, once provided a framework for reasoning, discussions and decisions.  This, having been removed, means that those who prevail in debates or differences are those with the most power, money, influence, or just those who are the most exotic and demanding.

For these reasons and more there cannot be a culture without a shared cultus: namely, Someone (God) or something (a body of beliefs) above us all, to whom or to which we must be conformed and base our reasoning. What is left is a vacuum and a power struggle between individuals or groups who have no common basis on which to reason. And thus, a battle, the tyranny of relativism, ensues, a culture collapses and, with it, civilization.

Well enough said. Back to the Question and the warning:

Question: Why are you transgressing the LORD’s commands, so that you cannot prosper?

Warning: Because you have abandoned the LORD, he has abandoned you.

Is there a way back? Yes, but only one way:

If my people, which are called by my name, shall humble themselves, and pray, and seek my face, and turn from their wicked ways; then will I hear from heaven, and will forgive their sin, and will heal their land. (2 Chron 7:14)

The post A Question and a Warning from the Lord. appeared first on Community in Mission.

A Question and a Warning from the Lord.