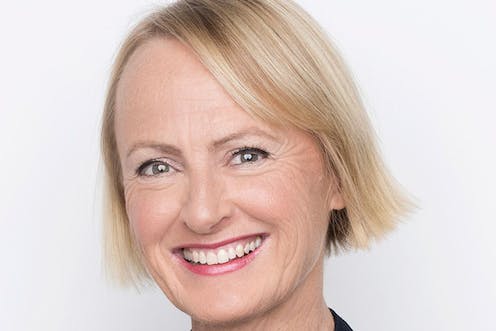 Labor has maintained its 53-47% two-party lead lead over the Coalition in a Newspoll that comes after the government campaigned ferociously against the opposition over its support for the medical transfer legislation.

A week ago, Ipsos recorded a tightening in its poll to reduce Labor’s lead to 51-49%, but MPs on both sides were hanging out for the Newspoll, which they regard as the more authoritative.

Published in Monday’s Australian, the poll is status quo in virtually all the measures. The Coalition primary vote remains on 37%; Labor is static on 39%. The Greens are steady on 9%; One Nation remains on 5%.

Both leaders had parallel negative changes in their approval and disapproval ratings. Morrison’s satisfaction level was down a point to 42%; Shorten’s rating fell a point also, to 35%.

The Newspoll result, which will calm some jangled nerves in the opposition, suggests the boats issue is not as potent as many - including some in Labor - had believed, at least in the absence of new boats arriving. Also, last week the government’s attacks on the opposition were undermined by own goals in the Helloworld affair.

Read more: View from The Hill: Minister who watches the nation's credit card overlooks his own

Allen, a paediatrician, ran unsuccessfully for the seat of Prahran at November’s Victorian election.

In Western Australia, former army officer Vince Connelly, who now works for Woodside, at the weekend defeated four women to win the Liberal preselection for Stirling, where minister Michael Keenan is leaving at the election.

The WA Liberal division has set the wheels in motion for the preselection in the blue ribbon seat of Curtin. Preselectors will be under pressure to choose a female candidate to replace former foreign minister Julie Bishop, who last week announced she would not run for another parliamentary term.

Read more: Julie Bishop to quit parliament at the election

Meanwhile controversy is surrounding Liberal candidate Georgina Downer in the seat of Mayo, which is held by the Centre Alliance’s Rebekha Sharkie.

Shadow attorney-general Mark Dreyfus has written to the Auditor-General asking for an investigation, following a photo showing Downer presenting a “cheque” to the Yankalilla Bowling Club for $127,373.

This was a government grant under the Community Sport Infrastructure Program.

“Further, I understand Ms Downer ‘announced’ the grant to the Yankalilla Bowling Club before the elected local member of parliament, Ms Rebekha Sharkie, had even been advised that the grant application was successful.

"It is questionable whether this is compliant with Community Sport Infrastructure Program Guidelines, particularly given the Yankalilla Bowling Club’s successful application under the Program was sponsored by Ms Sharkie and relied on a letter of support from her.

"It is completely inappropriate and unacceptable for Ms Downer and the Liberal Party to treat taxpayers’ money as if it were their own, and to deceive Australians about the true source of this taxpayer-funded grant.

"I ask that you please investigate the conduct of the Liberal Party, Ms Downer, relevant government ministers including the Minister for Regional Services, Sport, Local Government and Decentralisation, Senator Bridget McKenzie, and relevant Departments,” Dreyfus wrote.

Trade Minister Simon Birmingham defended Downer, telling Sky this was a “novelty cheque” and “that type of self-promotional activity is what members and candidates do right across the country all the time to help raise awareness of the fact that they’re working and fighting for their local communities”.

Downer is also under fire for having used former long-time Liberal apparatchik, Jim Bonner, in a campaign video against Labor’s franking credits policy without any mention of his Liberal connection. Bonner, 72, is identified only as a retiree.

On the policy front, Labor is seeking to keep attention on the banking issue. It will announce on Monday that it would devote $640 million to a “banking fairness fund” to give “bank victims a fairer chance to fight for their rights”.

“The fund will raise $160 million per year from Australia’s biggest banks to revolutionise the services available to Australians in financial difficulty – a key recommendation from the royal commission,” Labor says in a statement.

A Shorten government would double the number of financial counsellors to 1000 nationwide, with $320 million from the fund over the next four years.

“Financial counsellors provide invaluable assistance, free of charge, to Australians who find themselves in disputes with their banks and other financial service providers.”

The extra counsellors would help an additional 125,000 people annually, including with the pursuit of fair compensation through the Australian Financial Complaints Authority.

Last week the opposition unveiled a more generous compensation scheme than that of the government for victims of wrongdoing in the financial sector, with payouts up to $2 million.

With the election looming in May, Bill Shorten has written to the Prime Minister to say the opposition will now begin to exercise its right to seek access to bureaucrats for briefings under the official guidelines for pre-election consultation.

“Under the guidelines the Leader of the Opposition and shadow ministers are entitled to seek briefings with the public service in the period beginning three months from the expiry of the parliament, or the announcement of the election, whichever is sooner,” Shorten says in his letter.

“We have now passed the three month deadline from the effective expiry of the Parliament”.

Michelle Grattan does not work for, consult, own shares in or receive funding from any company or organization that would benefit from this article, and has disclosed no relevant affiliations beyond their academic appointment.